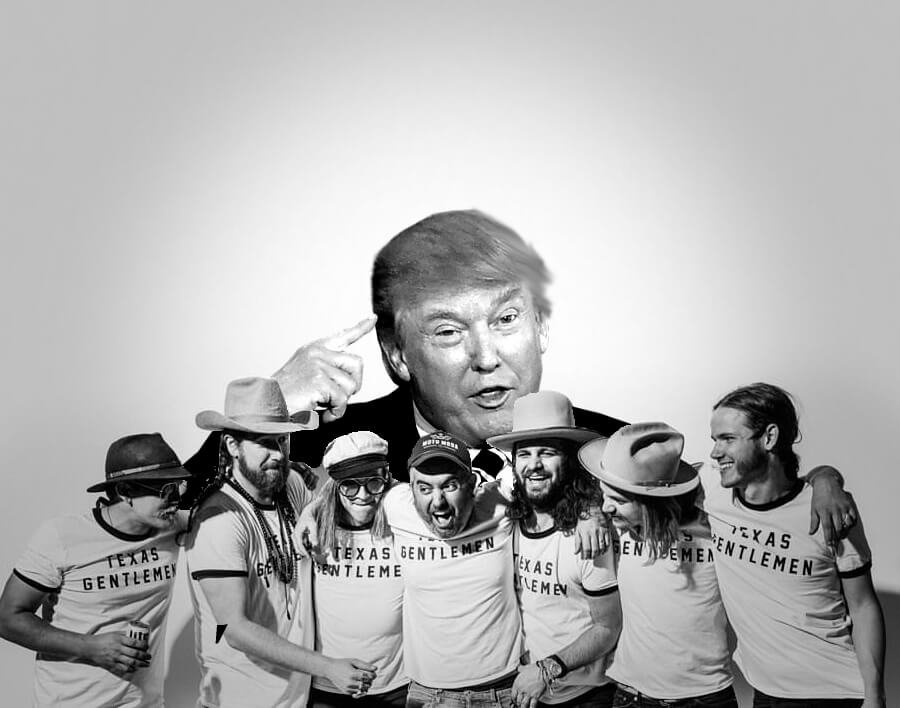 The Bizarro World Versions Of Dallas Bands That Are Playing Donald Trump’s Inaugural Ball Are Further Proof We’re Living In A Parallel Universe.

When Donald Trump won the presidential election in November, it became evident to some folks that we somehow wound up in a parallel universe or got zapped into an alternate timeline. I wasn’t well-versed enough in multiverse theory to prove them wrong at the time, but there’s increasing evidence that these crazies might be onto something here.

One big clue is the strange way that Berenstain Bears is spelled here in this parallel universe. It was totes Berenstein back on our old earth where Trump was just that guy in the Home Alone sequel.

Or, hey, maybe we just collectively remembered it wrong? That’s how I comforted myself for a minute there anyway — until recently when more and more clues began popping up.

While the biggest get, performer-wise, so far for Trump’s inauguration day ceremony is 16-year-old America’s Got Talent loser Jackie Evancho, his big All American Inaugural Ball the night before he’s sworn into office boasts a stacked lineup of, uh, wedding bands and DJs with patriotic sounding names?

What’s really interesting is how so many of these performers seem to be from Bizarro Dallas.

Take, for instance, the Bizarro World version of Dallas’ 1990s cover band, The Clinton Years. In Trump’s reality, his inauguration will feature 1980s cover band The Reagan Years. They’re available for weddings! And if you book them for your own tremendous party, they’ll even mix in some songs from other decades. From their site: “Although The Reagan Years plays only 80’s music in clubs, you might be interested to know that the band has a broader songlist [sic] for private engagements.  The band’s play list includes 50’s Elvis through today’s P!nk, Katy Perry, Bruno Mars, Pharrell Williams and  Robin Thicke and also cover party standards like ‘Play That Funk Music’ [sic] and ‘Brown Eye-Girl’ [sic].”

And that’s not the only Bizarro World band from Dallas on Trump’s bill. Also saying hello when he leaves and goodbye when he arrives is Bizarro Beau Bedford and the rest of his Texas Gentlemen crew — who in this timeline is Hallmark movie singer Beau Davidson, who’ll be performing material from his new album The American Gentleman. Huh.