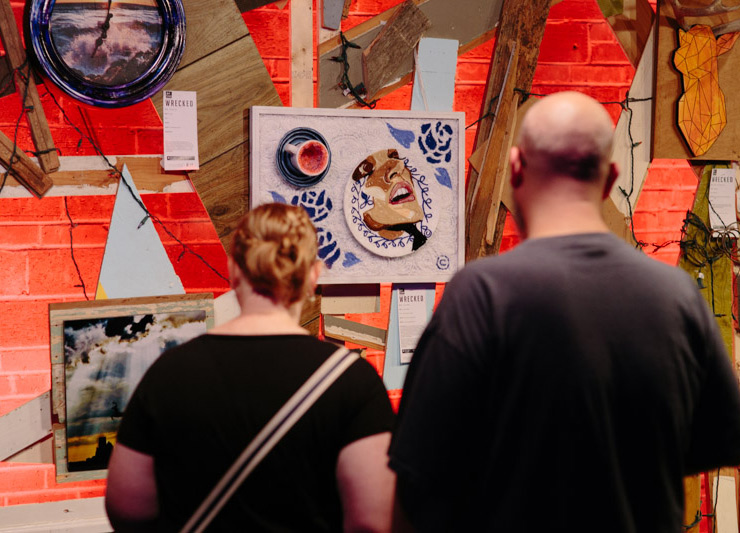 As seems to have become to norm at Life in Deep Ellum, another art show took over the large Taylor Street event space this weekend and turned it into a one-stop shop for art.

This isn't a new thing for the space, of course; Life lends itself well to large crowds, art showcases and live performances. So, when Art Conspiracy took over the space for its Wrecked show consisting of over 40 curated artists and three live musical acts, it was a pretty safe bet that it was going to be a helluva party.

And it was. The surprising thing about the night, though, was just how good every part of the show was.

The art was displayed on opposite sides of the rooms, allowing the entire center of the floor to be used for mingling and gathering for live auction purchasing. This also prevented the art from being just plain overwhelming — something that easily could have happened in a show boasting the works of over 40 artists. It helped, too, that the parking lot in front of the venue was closed off, assuring plenty of space for people to gather outside to grab a quick smoke or to eat some street food from one of the three food trucks there.

Perhaps more important, however, was the time management of the event, which afforded ample time for attendees to enjoy all aspects of the event without feeling rushed. There was about an hour between each music act, during which time patrons could participate in the auctions or just wheel around the place mingling.

Oh, and that music lineup? It was pretty rad. At most area art events, the music seems secondary, but not so at Art Con-related affairs. Ronnie Heart, the former Neon Indian guitarist and funk performer in his own right, kicked things off, followed by French 75, which used this night to double as the album release party for its Echoes EP and filled out the middle of the the bill with its airy, electronic dance blends. Local favorite Dark Rooms wrapped up the musical festivities, performing a predictably fantastic set.

Also cool: The people of Art Con had a pretty rad lighting set up as a back drop for the bands, which was unexpected. Fog machines paired with geometric lighting provided memorable visuals, to be sure. 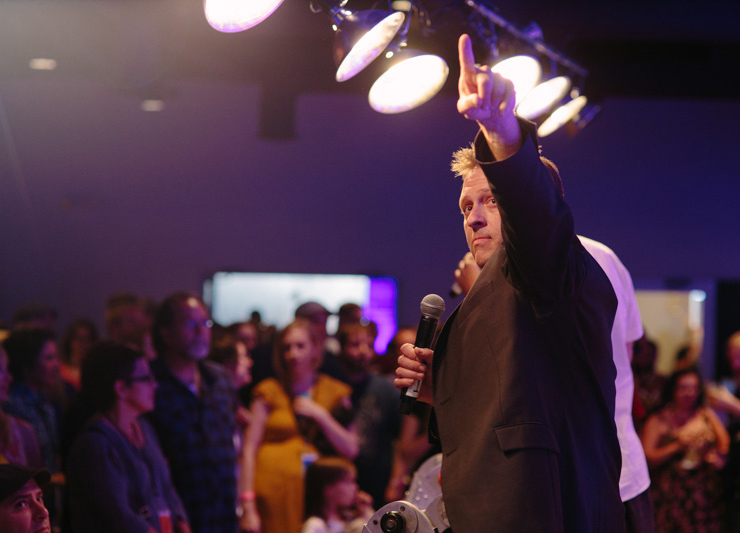 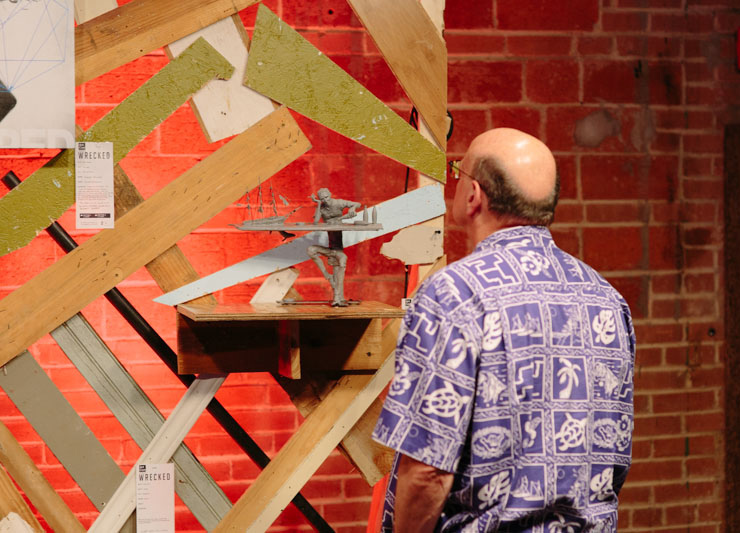 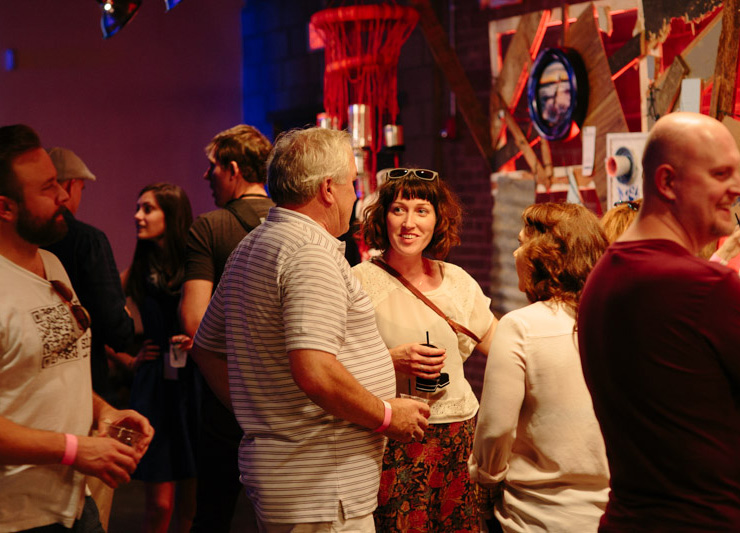 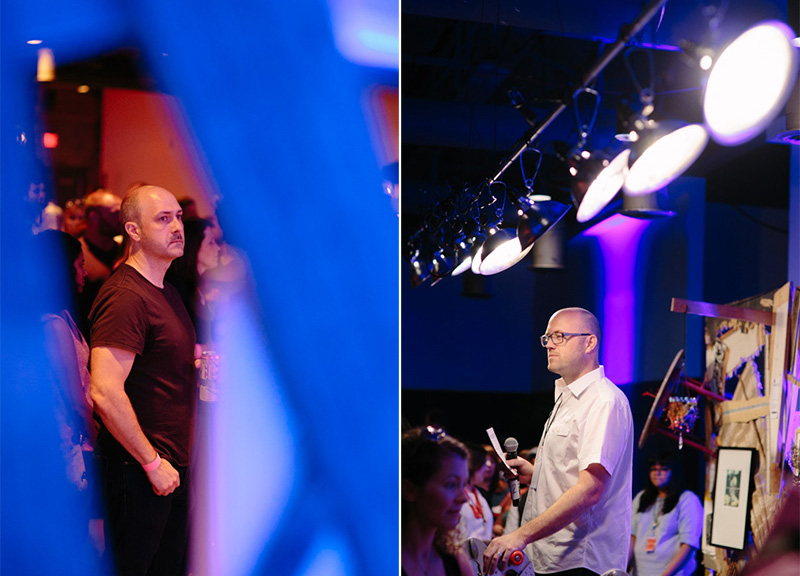 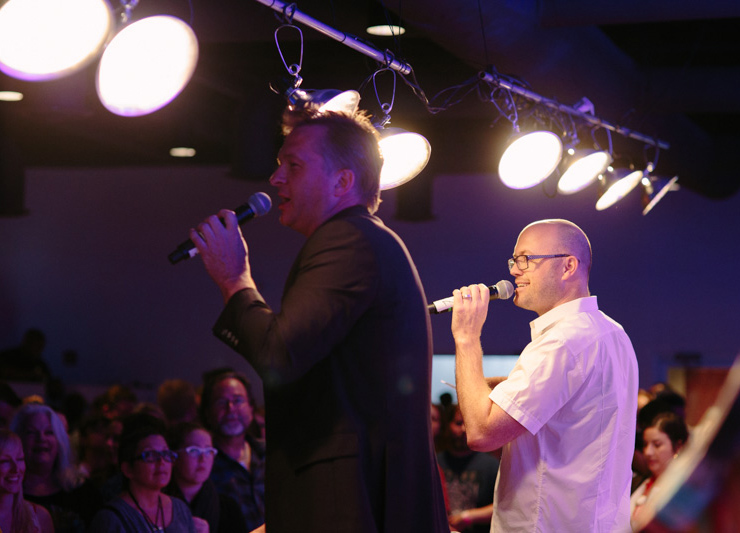 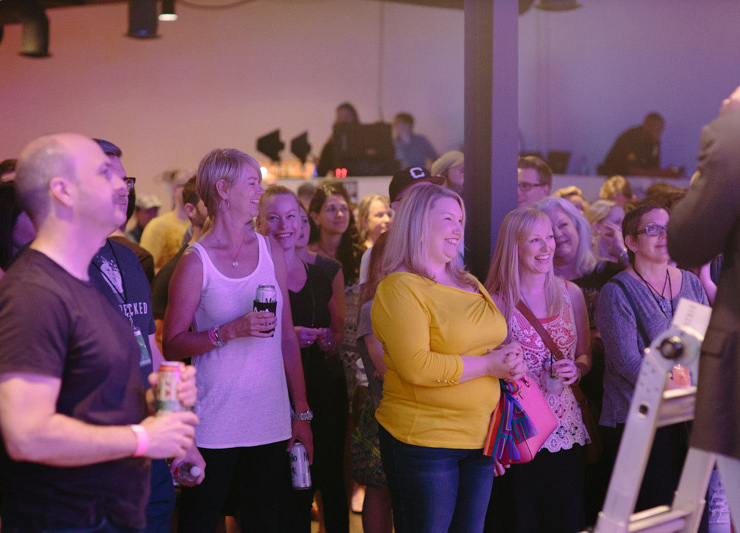 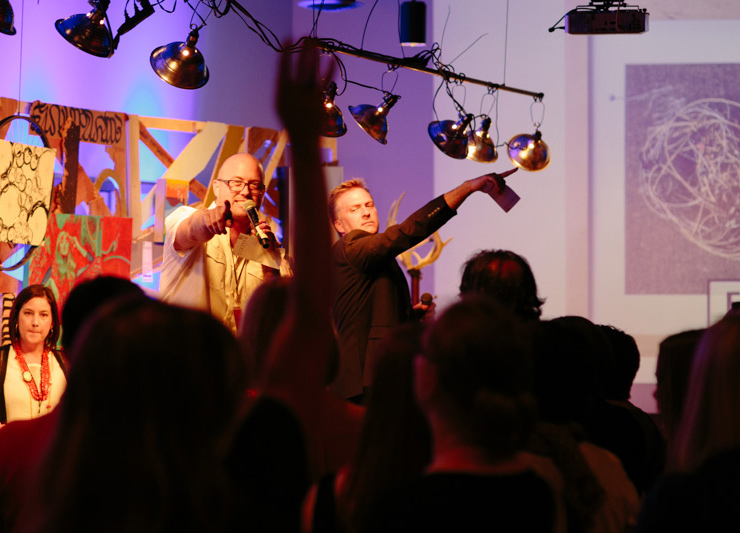 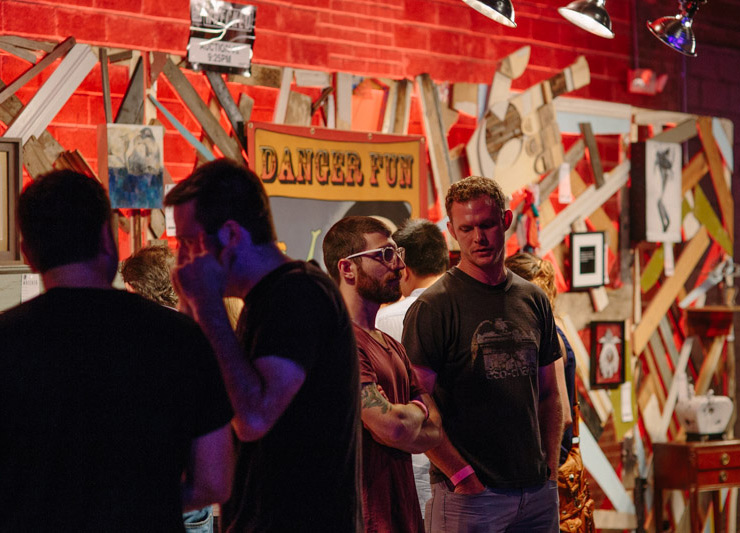 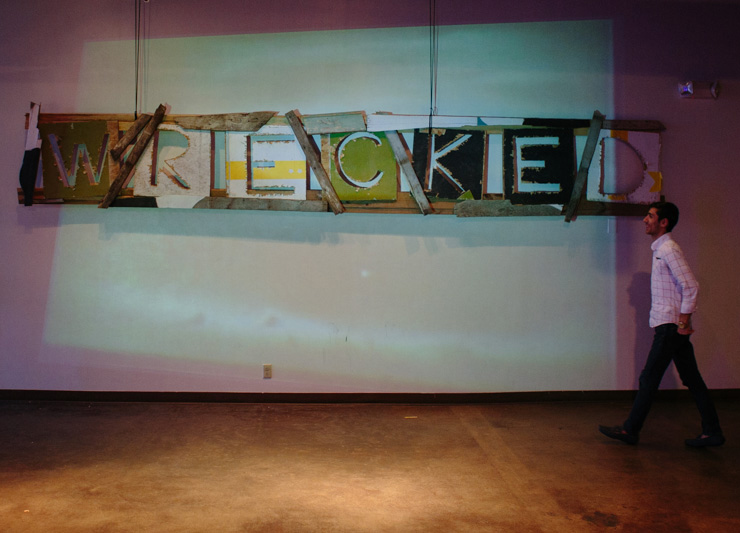 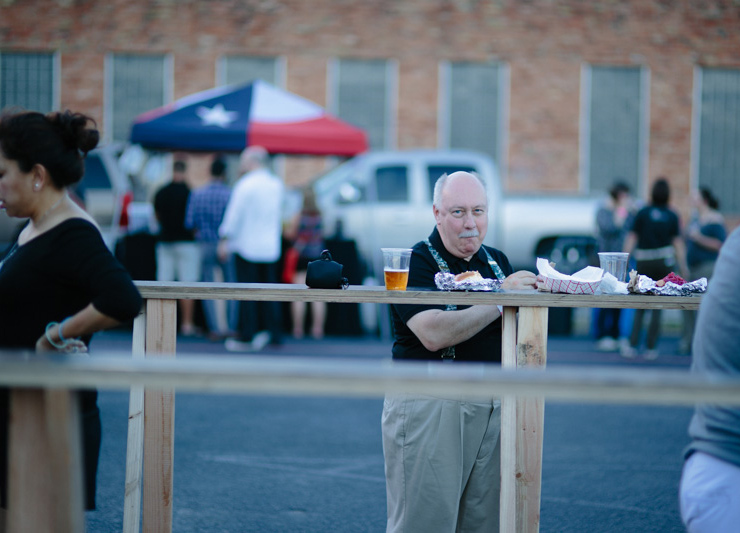 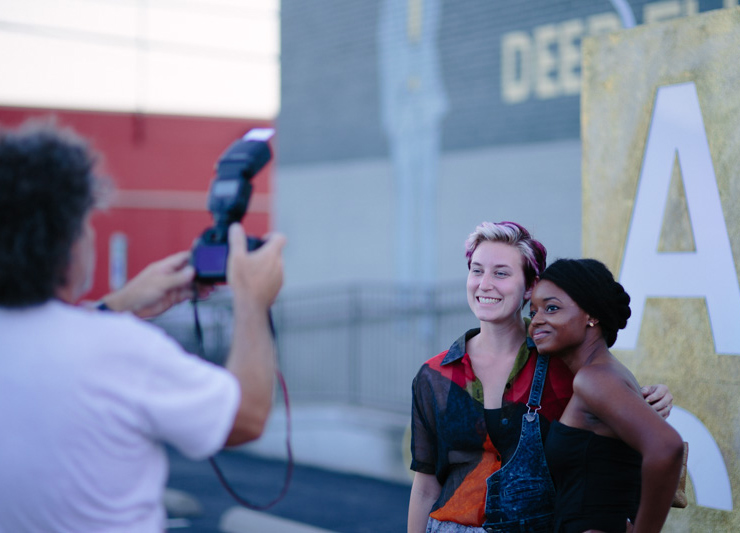 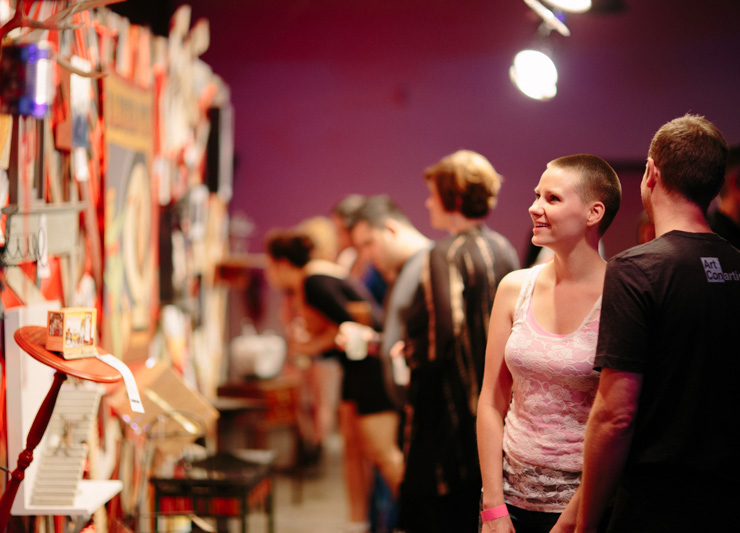 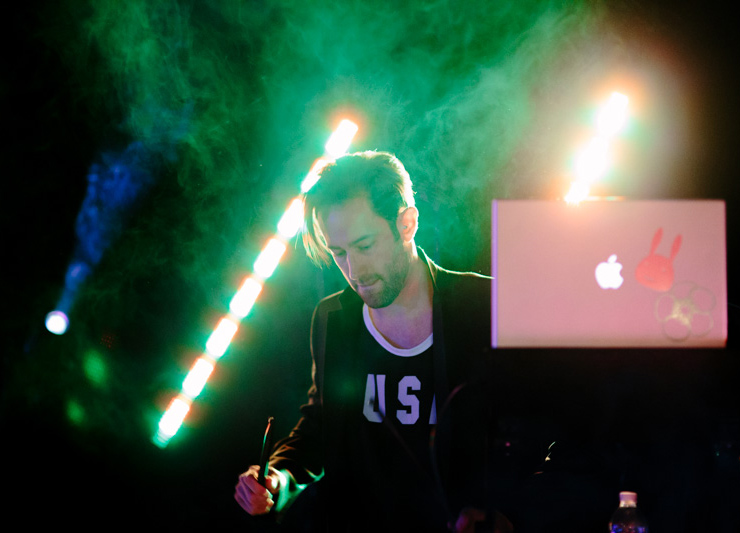 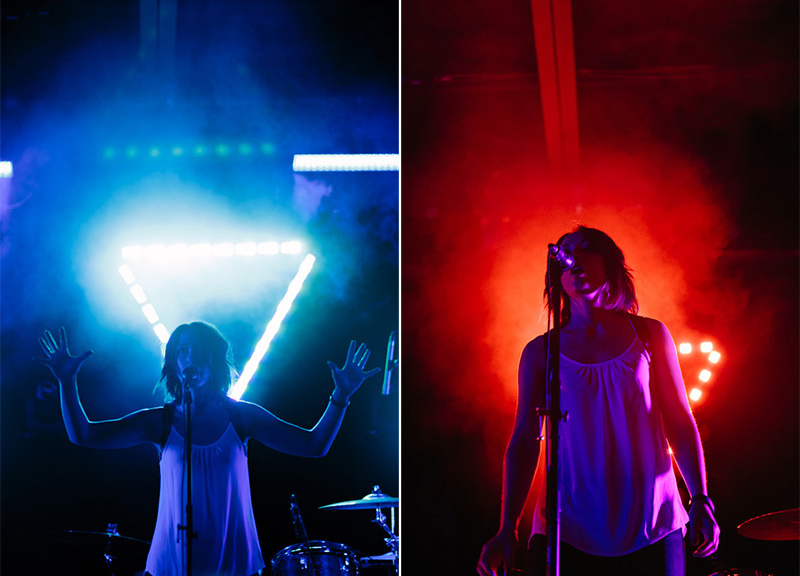 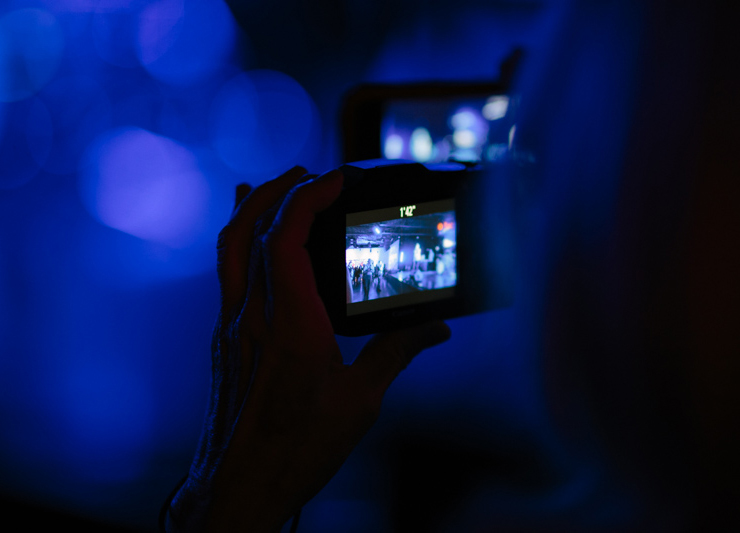 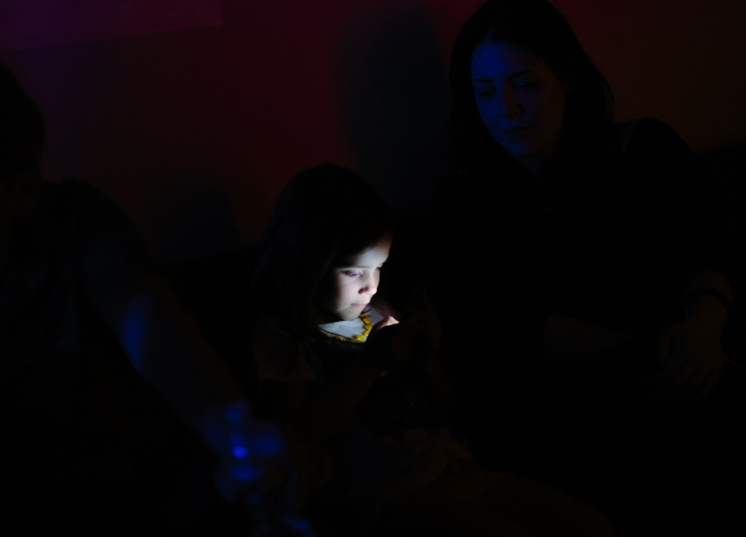 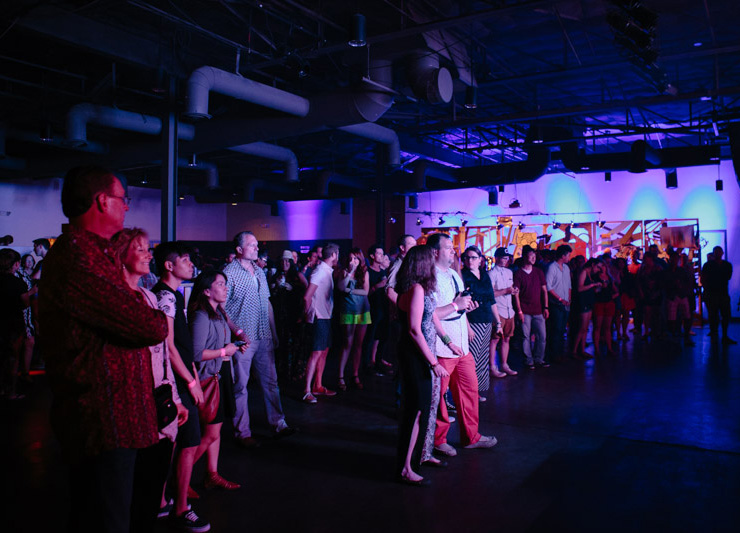 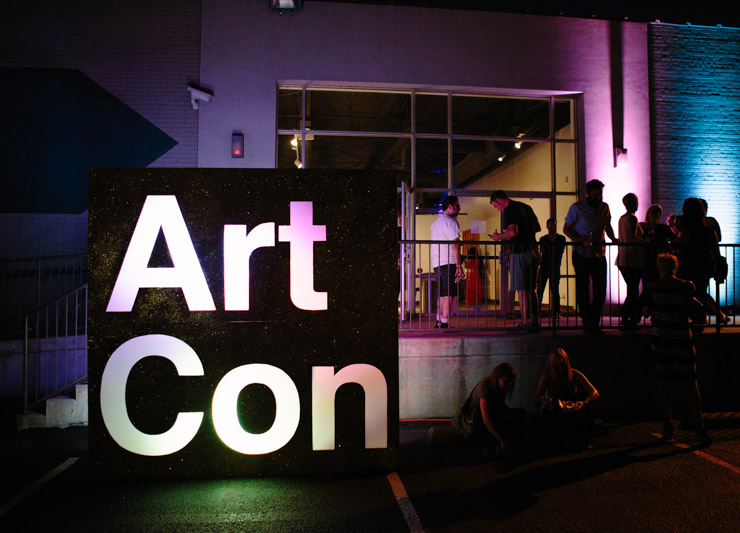