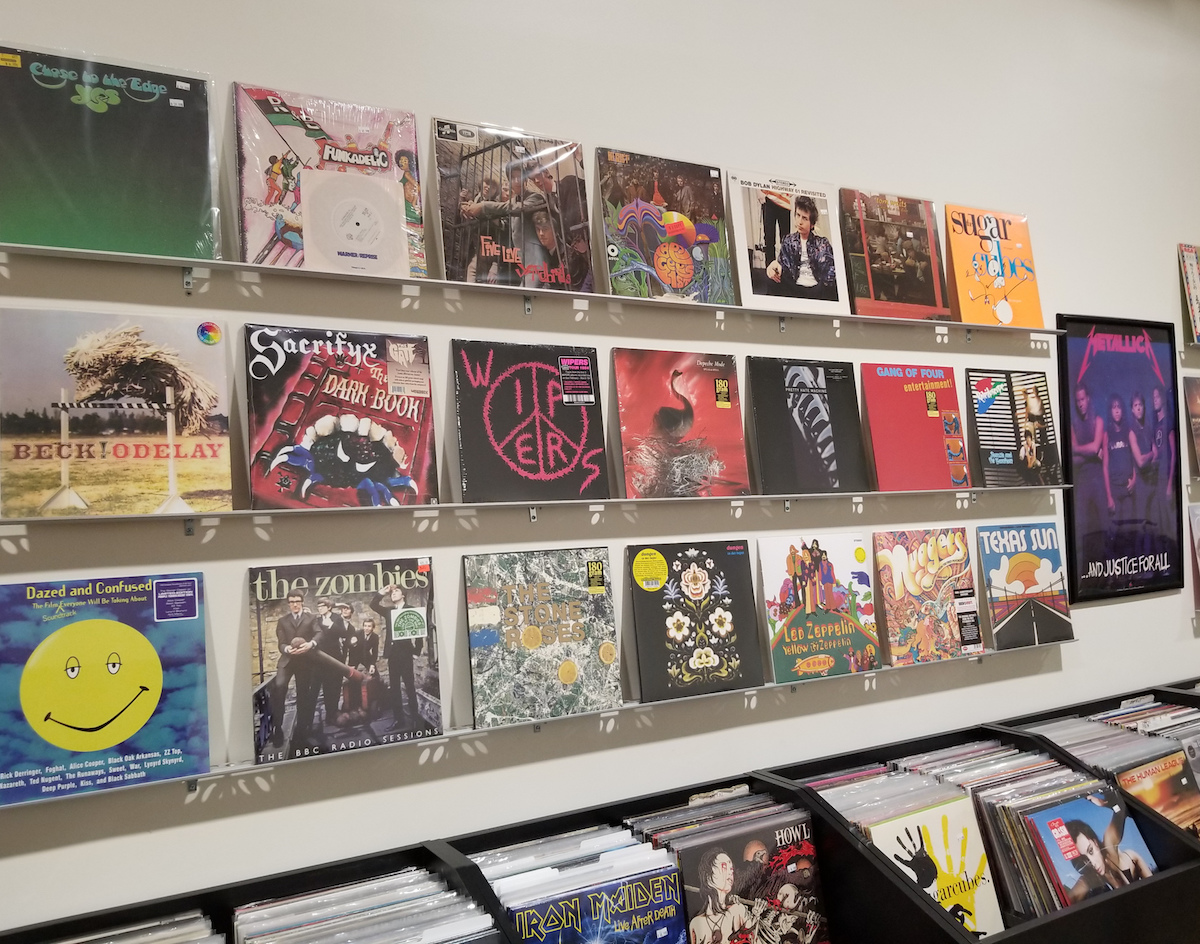 Beloved Record Shop Dead Wax Is Resurrected And Having A Soft Opening For Its New Location. Ahead Of That, We Check In With Its Runner.

Brad Sigler is stressed, but very happy when we talk to him on a hot Monday afternoon. It’s mere days before his beloved Dead Wax Records opens again in a brick-and-mortar location, not very far from where it had left over a handful of years ago. He’s quite open about the journey he’s been on since he last ran a store.

Nestled in a location in Carrollton, the carefully-curated store has been selective about what they carry, but welcomes all walks of life inside. (As in, you don’t have to justify your taste before you step in the door.) With stock of punk, metal, indie, classic rock and hip-hop, Sigler knows what will bring people out to a small shop that is rather isolated from other stores in town.

This weekend, there will be a soft opening at the new location, on 1014 S. Broadway St. near downtown Carrollton. Occupying a former space for a jewelry store and next to a coffee shop, the hope is there will be plenty of foot traffic around it, as it’s near some of the downtown’s main attractions, like Babe’s and Cane Rosso.

How long has been since Dead Wax was between physical locations?

Where has the time flown?

[Laughs] To my waistline.

You’ve kept doing Dead Wax at the Double Wide and Lee Harvey’s flea markets, so what’s it like in 2022 opening up another brick-and-mortar store?

It’s really strange. When I started up the last store, there wasn’t any competition other than Good [Records], and now there is a ton of competition. You’ve got Spinster, Josey . . . but everyone’s got their own thing. Definitely a lot more competition for used records and new records. Everyone’s clawing and scratching for the same stuff.

When it comes to new records, it can be overwhelming to browse through bins. If various stores are arranged in different ways, you will have repeat customers. I always thought it was easy at the old Dead Wax to go through your metal section and punk section. I did not have to wade through a lot of used ABBA and Eagles records to find the new Modern Baseball record.

Nothing’s changed. It’s still the same. No duplicates in the bin. Nothing below a Very Good [condition] in the bins. You’re not going to find 20 copies of Olivia Rodrigo [the Sour LP]. It’s just not gonna happen.

I don’t think there are any bad record stores in North Texas. Diversity is the only reason why I consider going to various locations.

What have you been doing for the past seven years, aside from pop-up shops and DJing at various bars?

I was still going out and buying stuff. JT from the old store has always helped me out. He’s been splitting the bill with me on new and used records. In the interim, I did a little Uber-ing, Door Dash-ing and everything else. When the pandemic hit, a friend of mine – who owned a Thai restaurant in Addison – needed help, so I ended up there.

Once things got back to normal, we started doing the pop-ups again. And here we are. This is the fourth independent store I’ve run in the last 20-plus years.

Will there be anything different about running this new Dead Wax?

I’m running the store. I don’t own it. Alan [Haworth], who brought me in on this, his view of it is, it is my store. He lets me make 99.9 percent of the decisions on almost all of the stock, all the fixtures. He and I don’t have the same taste in music, so there’s some more modern pop in the bins than I would normally have.

But as far as a deep catalog of metal, punk, new wave, post-punk and classic rock, it’s essentially the same thing. Just the prices have gotten a lot more expensive. [Laughs]

Is the new location a little bigger than the previous location?

The layout’s different, but I think it’s essentially the same. It feels bigger. We spent so much time getting the main fixtures in the racks and buying new stuff and used collections, pricing and getting it all in the system. Half of the store is done.

There’s a wall in the back where we have room to grow and do stuff. We won’t have that ready by the time we open this weekend. Again, a work in progress. We have room for a small stage, if we want to rearrange the back end, and we probably will.

Instead of it being an apartment, it’s a laid-back rectangle. It’s not L-shaped like the last one. You walk in the door, you see everything.

What is it about Carrollton that attracts you to running a business?

This store is literally one door down from the first store I ever had in 1999. Different owner now, different company.

I was running around, I saw it. The broker working on locations for us also found this one. Once we looked inside and looked at it, found out the overhead would be low, [we] didn’t have to look around more. There’s a lot of foot traffic. There’s so much down here than when I was last time.

Josey [Records] is a destination. You’re not going to Cavender’s. There are no restaurants, there are no bars. Coming down here, you might be going down to Babe’s, Cane Rosso, Three Nations [and/or] the coffee shop next door. People tend to park in this area to get to anything, so you walk by the store.

We can keep the prices low. We have room to grow. It ticked all the boxes. We looked at a lot of places and the rent at the one in Addison was three times what this was.