Where To Celebrate Record Store Day in DFW. 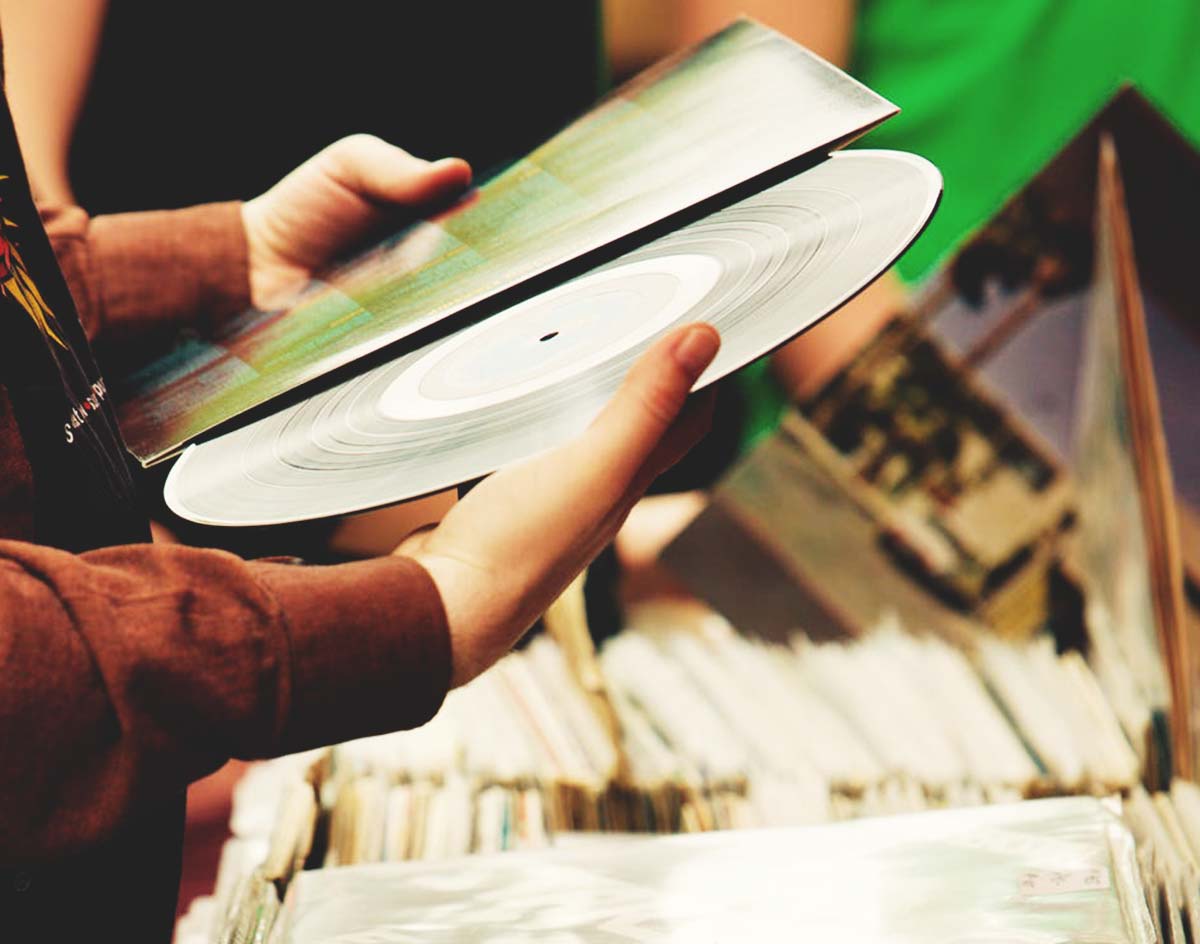 Don’t Just Browse Through Records. Grab A Beer, Food And Catch Some Local Acts This Record Store Day Too.

Lovers of vinyls can be found across the country April 23 supporting their favorite brick-and-mortar shops for Record Store Day, including at 18 locations in the metroplex.

The holiday was conceived in 2007 as a way to increase traffic to the unique culture found in record stores across the U.S., and the first celebration was April 19, 2008. Since then, Record Store Day is acknowledged around the world.

The day is aimed toward bringing together staff, customers and artists to create a more united music community, especially among local businesses. Each store has its own events going down, but some events include performances, cookouts, body painting, meet and greets, parades and other festivities. Since its start, some cities have acknowledged this day as an official holiday, including New York City, Los Angeles, Las Vegas, among others — hopefully Dallas will be next.

CD Warehouse is home to records, tapes, CDs, movies, mixtapes and other mediums. Saturday, the location is celebrating 15 years participating in Record Store Day with doors opening right at 9 a.m. It’s recommended to get there on time to snag a good spot, and it’ll be open until 8 p.m.

Growl Records will have original live music, used and new vinyl records and local music. The spot is also located next to Division Brewing, so they recommend grabbing a beer and heading over to celebrate. For $10 on Saturday, the “indie record store” will be giving live performances starting each hour between 2 and 5 p.m., highlighting That Phat Lick, Sydney Harte, Back Acre and The Grounds Keepers.

Nestled in the courtyard of Twisted Root, Namoo and Hooligan’s sits Truth Vinyl, which has a mission of promoting arts and music among the local community, unlike traditional retailers. This spot carries both new and vintage albums, while also fostering a creative community with album releases, open mic nights and live performances.

Good Records is commemorating the 15th Record Store Day with performances from The Sudden Walk, American Werewolf Academy, Taylor Young Band, Sub-Sahara, Cayuga All-Stars, Abbreviations, Ryan Hamilton, Derek Rogers, Motorcade and The Cush starting at noon. The celebration will bump from 7 a.m. to midnight, so you’ll want to be there. There will also be free breakfast tacos for the first 100 people in line, free beer starting at noon and tamales for sale starting at 4 p.m.

This 15,500-square-foot music mecca is a tribute to all things vinyl, and if they don’t have what you’re looking for in person, they’ll track it down for you online or elsewhere. To celebrate, it’ll be kicking off the day at 7 a.m. with new releases, DJs, food, drinks and live performances from Los Beckleys, Electric Tongues, Billy Star and Swellthekid.

To celebrate this weekend, Spinster Records is opening its doors bright and early at 8 a.m. with brand new limited RSD titles, 50 percent off previous RSD and mystery bags. They will also be providing drinks from Four Corners Brewing Company and there will be live performances from 1 to 3 p.m. from DJ Sober.

More than just your normal record store, The Spin also serves coffee and pastries as a one-stop-shop for all things music. It’s open every day from 8 a.m. to 9 p.m., and album art and promotions can be found on its Instagram @SpinCoffeeVinyl.

Record Hound is located inside Books & More and habitats more than 20,000 records and memorabilia — all priced at 50% off. The shop got its start in the ‘90s when owner Cliff West attended the University of North Texas and decided to turn his record hobby into a business. Since then, he’s stayed in Denton and pursued his dream of being a full-time record dealer.

This three-story, purple maze-of-a-bookstore sells records, but also DVDs, CDs and books from 9 a.m. to 9 p.m. each day of the week. It’ll be keeping this momentum up Saturday for Record Store Day if you find yourself up I-35 in Denton.

In the Fort Worth Stockyards is Chief Records, a family-owned-and-operated spot that is named in honor of Ray Price, who created a style of country music with roots in the Texas Dance Halls & Honky Tonks, and the Cherokee Cowboys. Doors will be open Saturday at 7 a.m. with limited titles on-site.

Docs Records will bring a full day of live performances, free beer and a vintage flea market out back. Live performances start at the top of each hour with the first at 1 p.m. and the last at 5 p.m. with sets from Tears, Maestro Maya, Sun Buzzed, Adam & The Figurines and Cotinga.

Dreamy Life is both a record store and a North Texas-based record label with a Cloudland recording studio on the scene. It started as an effort to be the metroplex’s premiere landing strip for the area’s music and culture, but since then has turned into national and international markets to inspire the local music scene.

In light of Saturday’s celebration, Panther City Vinyl will celebrate with a special visit from Starry Ice Cream from 3 to 10 p.m. It opens at 10 a.m. and will keep the party going all day with Arts Goggle, Fort Worth’s largest art festival with 750 artists and more than 20 bands — all for free.

The walls of Record Town are surrounded with photos of local musicians to show Fort Worth what the art is all about. The spot has been around since 1957 to give locals the best in new and vintage vinyl and plans to continue the tradition by commemorating Record Store Day. Doors will be open at 9 a.m. with 37 titles for sale.

This decked-out house-looking spot is home to records, CDs, tapes, T-shirts, posters, memorabilia and just about anything else you can imagine needing to commemorate Record Store Day and celebrate its traditions.

In the Frisco Mercantile, ZT Records is a little record shop that’s excited to celebrate Record Store Day, as it has for nearly 10 years. The store has been collecting boxes on boxes of records in preparation for the big day and had a livestream last night where they did an unboxing and showed what they got.

This record store has been majorly preparing for this day for a minute now, most recently by unveiling a slideshow of what they’ll have available for the occasion. They’ll be open from 8 a.m to 9 p.m. to get rid of their latest large shipment.

This shop embodies a ‘90s hole-in-the-wall while also giving that city feel. To celebrate the big day, they’ll be offering 20% off all vintage vinyl, free snacks and drinks and a free gift to the first 30 purchasers.