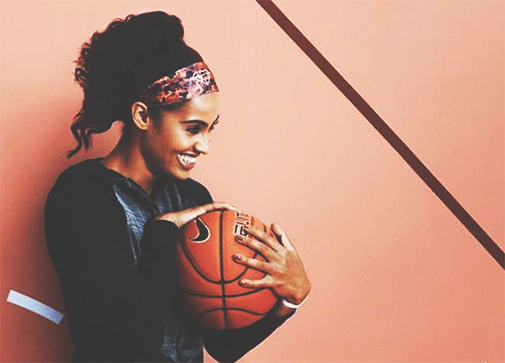 Skylar Diggins And The Dallas Wings Deserve Your Attention, Dallas.

Tomorrow, the WNBA season officially kicks off and, for the first time ever really, North Texans have a reason to care, now that the Tulsa Shock have become the Dallas Wings, bringing with them Skyler Diggins, arguably the most marketable women’s basketball player in the world, as ESPN notes this week.

Don’t know Diggins? You’re kind of a dick, then. The 25-year-old Wings guard has it all. She believes she’s honestly the best player in the world. She’s got a deal with Nike. She’s repped by Roc Nation. And she has no issue whatsoever curving a creepy Drake on national television.

Beyond that, she’s also just insanely likable, as this interview with ESPN’s Sage Steele shows. So, memo to local sports radio hosts: Maybe quit it with the WNBA jokes for a bit? Diggins is a legitimately entertaining star athlete, and Dallas is lucky to have her.

After three games on the road to start the season off, the Dallas Wings’ home opener goes down at UT-Arlington’s College Park Center on Saturday, May 21. Tickets start at $25 right here.