Why Did A Tree In Norbuck Park Fall On A Runner? 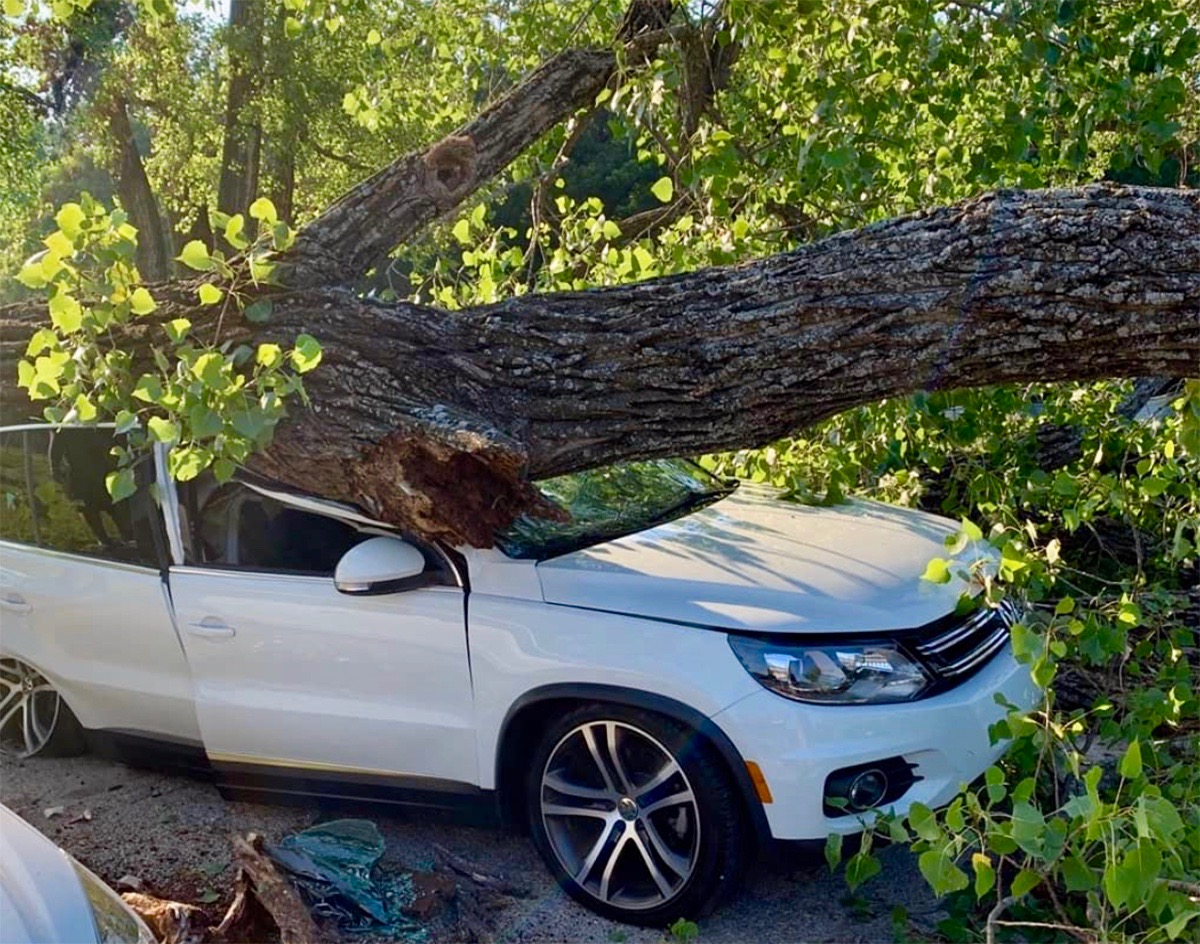 What Was Supposed To Be Another Day At The Park For A Local Marathon Runner Almost Left Him Dead As A Rogue Tree Fell On His Car.

Alfonzo Gonzalez Jr. had just completed a 14-mile run on Sunday morning when a tree unexpectedly came crashing down on his car at Norbuck Park near White Rock Lake around 8 a.m.

Though he was able to dive out of the way before the tree totaled his car, Gonzalez still sustained injuries to his right leg.

“I thought it was broken at first, but it’s just a few deep cuts — and it’s pretty bruised,” Gonzalez says. “The doc said two weeks of no running.”

Gonzalez, who represents the Irving Marathon as a brand ambassador, says he’s lucky to have walked away with only minor injuries.

He and several other runners from Nomad Running Society — a group made up of some of the area’s fastest, long-distance runners — were chatting about where to go for a post-run breakfast when Gonzalez went to his car for a sip of Powerade.

Fortunately, he chose to take his drink with the door open.

We had a pretty crazy incident today at Norbuck Park. Nomad @ifonzz barely escaped his car after his run. We couldn’t be more relieved to know that he is okay.. Ladies of Dallas take this man out for a drink. @runnersworldmag @citiusmag @flotrack

“I heard a crackling sound getting faster and louder,” Gonzalez says. “I just threw myself as far away from the car as I fast as I could. It still got my leg, unfortunately.”

While he barely escaped with his life, Gonzalez’s car is totaled. The unexplained accident comes after the city estimates nearly 600 trees were lost or damaged in a June 9 storm.

“The car is only two weeks old,” he says. “I just got it and it was, like, my third time driving it.”

Gonzalez says his car insurance company is working with the City of Dallas to find a resolution for the injury and damage. Representatives for the city couldn’t be reached for comment at the time of publishing.

Gonzalez has not yet figured out what caused the tree to fall. But the runner does know that he will be stuck in something of a running purgatory while waiting for his injury to heal. He’ll miss running this weekend’s Dallas Running Club’s 3×2 relay as planned, and his training for the Houston Marathon in January will be delayed.

Still, Gonzalez has managed to keep in high spirits considering the severity of the near-fatal accident. He even jokes that he saw some suspicious squirrels running around after the tree snapped.

Regardless, he’s fortunate the fall didn’t end in worse circumstances.

Says Gonzalez: “If I had hopped in my car right away and turned the music on, that tree would’ve fell on top of me and broken my back or killed me.”