Who’s Showing Up To Erykah Badu’s Birthday Bash This Year? 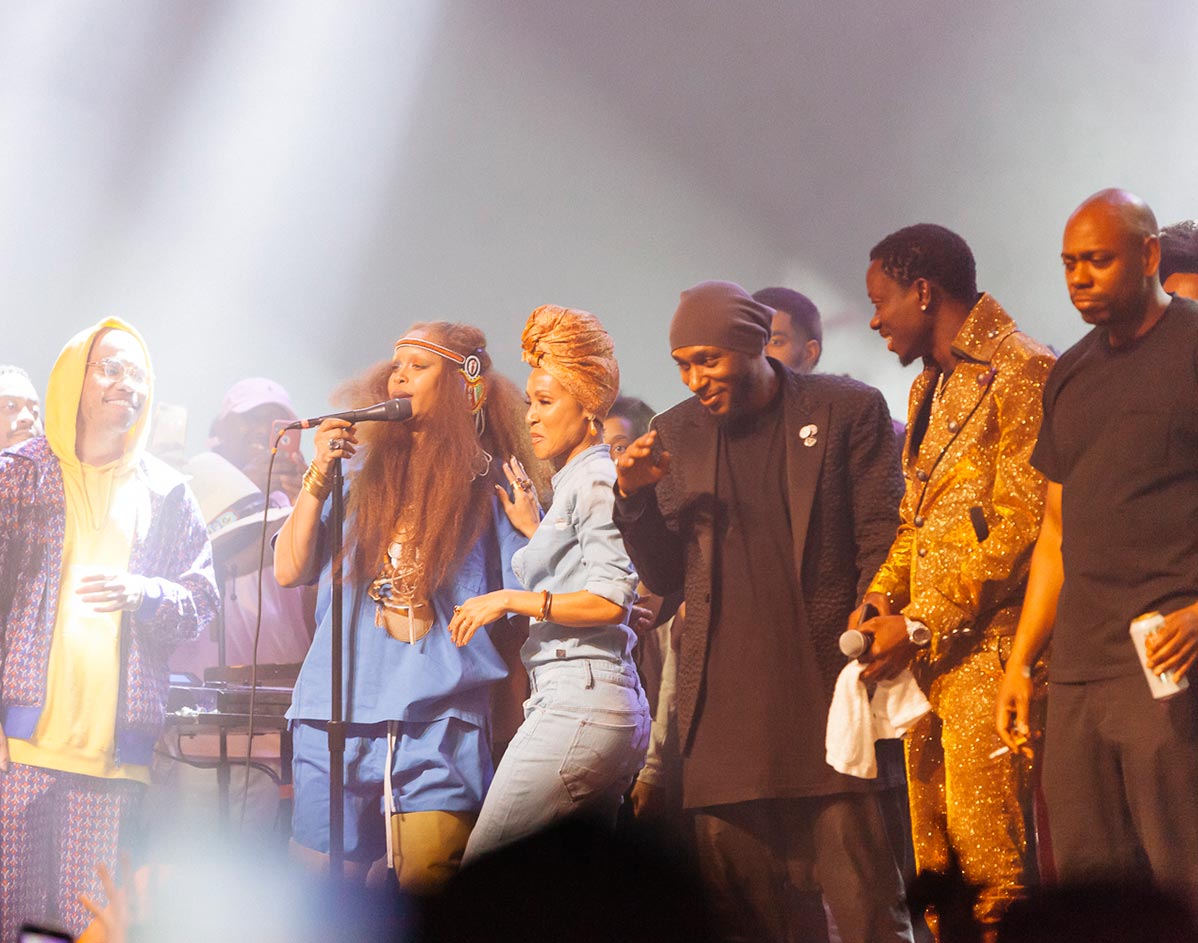 The Guest List For The Singer’s 48th Birthday Bash This Weekend At The Bomb Factory Has Yet To Be Revealed. But History Indicates Big Names Will Definitely Be There.

On Saturday night, the beloved Dallas musician Erkah Badu will return to the Bomb Factory for the fourth straight year to throw a big ol’ celebration in honor of her latest revolution around the sun.

But, just a little over 24 hours away from the sold-out party’s kickoff, we’ve yet to receive an indication of who — beyond the Queen of Neo-Soul and her backing band — will be performing, or even just appearing on stage, at this year’s deal, which celebrates the hometown hero’s 48th birthday. Badu herself hasn’t leaked any names as she has in year’s past, and the crew at The Bomb Factory has stayed mum despite our repeated requests for comment on the matter.

If only rhetorically at this point, we’ve got to ask: Are there going to be any special guests and surprises this year? Did Badu decide to take the spotlight for herself this year? Or is she just playing things close to her vest so as not to spoil the surprises? Considering the fact that this year’s party has been sold out for a few weeks now without any additional names being revealed for this year’s event, maybe she doesn’t see a need to tip her hand.

What we do know is that, if history is any indication, the room on this night is bound to be filled with big names.

In 2016, after years of intermittently hosting birthday bashes for herself at other venues around town, Badu established her Bomb Factory-hosted parties as elevated events jam-packed with fellow Dallas-raised talents and bold-faced names alike as her close comedian friend Dave Chappelle hosted and ex-flame Andre 3000 made an on-stage appearance alongside notorious drug trafficker Freeway Rick Ross on top of opening sets from Dallas’ own Zach Witness, Cure For Paranoia, -topic and DJ Sheka Booker.

The following year, at an event that doubled as her 46th birthday and the 20th anniversary of her seminal 1997 debut Baduizm album, she upped the ante and performed cuts from that iconic release after sets from national rap heroes Talib Kweli, Pete Rock and Scarface, as well as locals Leon Bridges, Bobby Sessions, Cure for Paranoia, -topic, The Outfit TX and Sam Lao. As if that weren’t enough, Chappelle was back on stage at the end of the night, too, and was even joined by fellow luminaries Cedric The Entertainer and Jill Scott.

Last year’s deal somehow managed to keep that same energy going, with comedians Chappelle (clearly a fixture at this party) and Michael Blackson being joined by the likes of Jada Pinkett Smith and her daughter Willow Smith on a stage that also featured appearances from Mos Def, Anderson .Paak, D.R.A.M., Dead Prez and Digable Planets member Ladybug Mecca, plus Dallas rappers Dorrough and Bobby Sessions.

Given the above, it seems likely that some big names will be all up in The Bomb Factory again come Saturday night. Perhaps some of Badu’s What Men Want co-stars? At this point, we can’t say for sure.

We just know this: This event is an annual contender for Dallas party of the year and, come Sunday morning, it seems like a surefire thing that those who slept on getting tickets to this year’s event before they sold out are going to be filled once more with some serious regret.

In other words: Secondary markets were made for events like tomorrow’s.