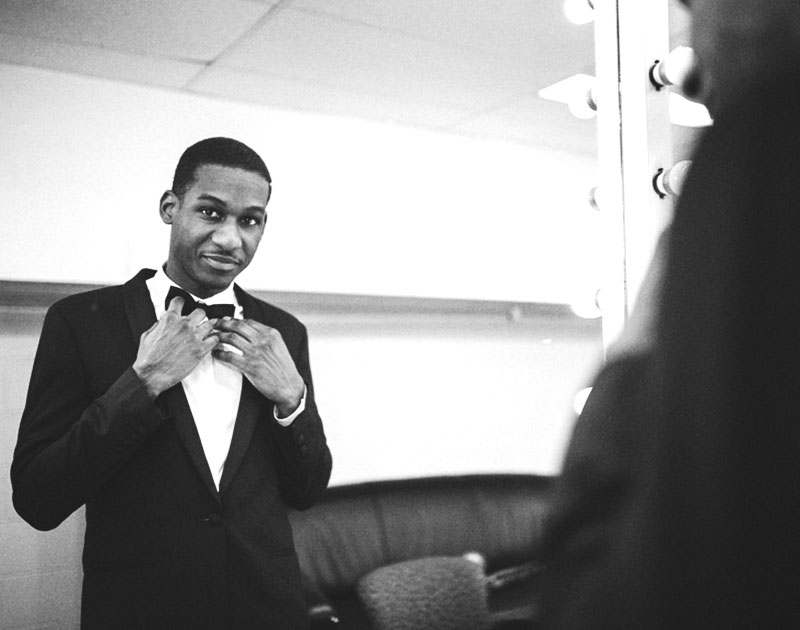 Leon Bridges Pairs Perfectly With Odesza, Pretty Much All Of Dallas’ Pop Stars Announce New Albums And The Dallasites Behind Stranger Things‘ Theme Got An Emmy.

If you were getting antsy waiting on new music from Fort Worth star Leon Bridges, we wouldn’t blame you. But we also wouldn’t cry foul if the new song he dropped this week wasn’t quite what you were expecting, either.

Over the weekend, the R&B and soul singer showed up as the centerpiece feature on a new track from the Seattle-based electronic duo Odesza. And, while it might sound curious on paper, it’s another sign of Bridges having a good head on his shoulders and making yet another smart business move. The song features fantastic production, and it complements the “Coming Home” singer’s style perfectly.

Meanwhile, another of the biggest talents sprung from the region, St. Vincent, finally announced that her new album will be called MASSEDUCTION (pronounced “mass seduction”) and that it will be released October 13. Along with the news of that announcement, she also released a second single, this one titled “Los Ageless.”

Busy as the artist born Annie Clark has been lately, though, Colleyville’s Own Demi Lovato has had an even more ambitious season in preparation for her own upcoming Tell Me You Love Me LP that’s set for release at the end of this month on September 29. After touring the country performing house shows for fans, singing the national anthem at the Mayweather/McGregor fight and releasing the singles “Sorry Not Sorry” and “Tell Me You Love Me,” she’s back this week with a another new single, “You Don’t Do It For Me Anymore.” But don’t be fooled by the misleading title; this isn’t a breakup song. Instead, the track’s about the old Demi. A fan on Instagram picked up on the message, and then Lovato confirmed the theory in the comments.

Not to be outdone on the pop front, Burleson superstar Kelly Clarkson released two new songs in anticipation of her eighth studio album, Meaning Of Life. The first single “Love So Soft” was announced along with a music video and news of the album, but when fans went to pre-order the new album, they were surprised with the second new track called “Move You” that came as an instant download.

Since everyone else is doing it, Post Malone also announced an update to his upcoming album Beer Bongs and Bentleys album. The rapper and singer told his fans they should be expecting a new single titled “Rockstar” featuring 21 Savage by September 15 — news that accompanies the latest headlines the former Grapevine resident garnered this week, which included him comparing working with Kanye West to working with Jesus Christ.

Posty also made news at a music festival again with Rich Chigga this week. The last time those two got together backstage at a festival, the latter hired a mariachi band to perform Malone’s hit single “Congratulations” for him. This week, Posty returned the favor by hiring a gospel choir to sing “Happy Birthday” to his pal.

Meanwhile, a new Dorrough album is out — but the rapper’s just as surprised about the news as we are. Last night, he posted several messages to his Instagram Stories feed that the album Ride Wit Me, available on iTunes, was recorded in 2011 when he was under a label called Real Talk Ent. But the disc was never released and, to Dorrough’s surprise, the label put out the music last month. Since fans were asking him about it, he wanted to clear the air and let everyone know that this wasn’t the album he’s been teasing all summer long. Instead, that one, which should be out later this fall, will be titled The Jump Back.

Lastly on the album announcement front this week, the venerable once-Portland-but-now-Milwaukee-based punk rock label Dirtnap Records — long a supporter of North Texas punk acts in particular — announced this week that it’s got a new Mind Spiders record in the can and that fans can anticipate that one dropping in January.

While we’re talking about record deals, contracts and agreements, we’d like to point any and all artists reading this to the site bandforms.com where you can purchase legal forms and contract templates for the music business deals. The idea was hatched by local musician Decker Sachse, who is the principle attorney of the Sachse Law Group, and he says the goal is to help artists “protect [their] relationships and creativity with more than a handshake.” It’s not the same as real legal counsel, of course, but it’s definitely better than nothing.

Speaking of deals: Old 97’s frontman Rhett Miller wrote and performed all the instruments on a song for the brand-new Amazon series Will Vs. The Future created by comedian Kevin Seccia, who praised Miller for the track on Twitter last week.

Hey! The great @rhettmiller of the @Old97s wrote an AWESOME original song for the Will vs The Future pilot! I legit love it. Here it is! pic.twitter.com/he3CosQzIL

In other streaming news, two Dallas-born musicians have now received formal adulation beyond critical acclaim for their own scoring and sound-tracking efforts. Over the weekend, Kyle Dixon and Michael Stein of S U R V I V E won themselves a Creative Arts Emmy for their stellar work on the Netflix series Stranger Things.

Bet your ass it’s a deserved honor. In case you need reminding:

Oh, and for those of you who waiting on the new season to drop, the wait’s almost over: The series’ second season drops on October 27.

Leon Bridges cover photo by Kathy Tran. Got a tip for White Noise? Email us!