White Noise: It’s The End Of An Era For The Gritz’s Wednesday Night Jam Session. 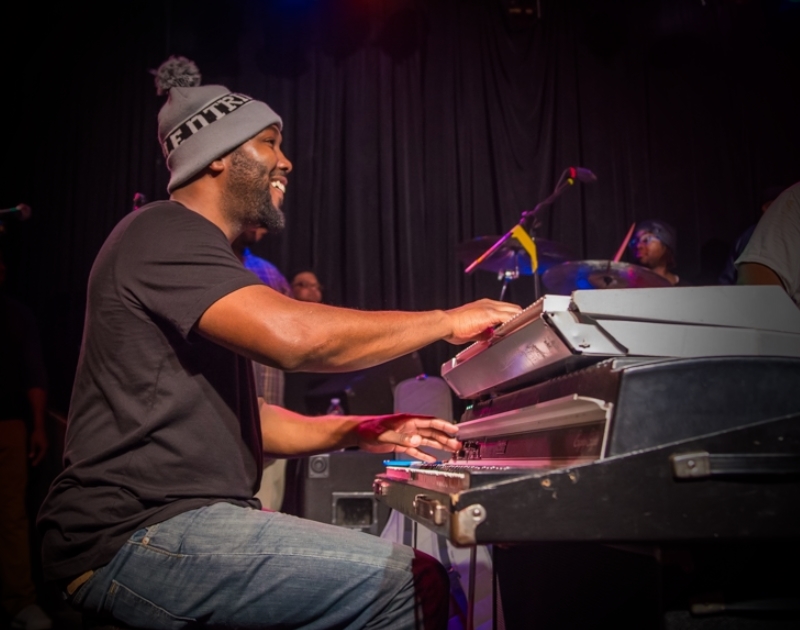 George Strait Will Play Fort Worth’s New Venue, The Gritz Moves Its Long-Running Wednesday Night Jam, Some Folks Made A Movie About The Double Wide & More.

When George Strait played the last show of his “Cowboy Rides Away” retirement tour in 2014, he packed 104,793 people into AT&T Stadium, making it the largest indoor concert ever.

Of course, there were devils in the details surrounding his retirement. For instance, in Strait’s mind, when he said he was “retiring,” he simply meant that he was retiring from touring. To wit: He’s played loads of one-off gigs since that Arlington one, including some two-night stands at Vegas’ T-Mobile Arena.

Still, while his shows are not as rare as we may have believed they would be one upon a time four years ago, it’s still a pretty huge deal when King George does decide to play in your neck of the woods. And, earlier today, we found out exactly when and where his next gig in the region will be. One year from now, it was announced this morning, Strait will be one of the first acts to play Fort Worth’s new 14,000-seat, multi-purpose Dickies Arena.

Another cowboy “riding away” in a sense is R.C. Williams, who isn’t retiring from his long-running Wednesday night Jam Session so much as saddling up and moving it from its regular home at The Prophet Bar, where it’s been held weekly for some 13 years now, to a new permanent base on the opposite end of Ellum at Sandaga 813. It’s an end of an era, to be sure, although Williams notes that the handful of bigger Wednesday night events that have historically been thrown at The Door — like when he books a touring guest for the night — will continue to go down in that bigger room, although that space is technically now called 2513 Deep Ellum.

It’s also been a big week for Williams’ boss Erykah Badu, who “described her journey of light, greatness and growth” while accepting the Legend Award at this past weekend’s Soul Train Awards ceremony. You can watch her speech below — and find icons such as Solange Knowles, Questlove, Dave Chappelle and Andre 3000 describing what makes her so worthy of the designation here.

Other North Texans honored at the ceremony include Lecrae, who took home the Best Gospel/Inspirational award, and Leon Bridges, who was nominated for Album/Mixtape of the Year but did not win.

Moving on, there was much ado about nothing, when Minor Threat got together to recreate the cover of its Salad Days record. The move was not supposed to be any sort of tease at a reunion, though. Per the band, its members simply take these kind of pics anytime they’re all together, and this is just the first time that’s happened since they’ve had an Instagram account. Further driving that point home is the fact that, on their own recent tour, the members of Tera Melos, including the North Texas sprung drummer John Clardy, also recreated the iconic shot with Minor Threat frontman Ian MacKaye and, far as we know, they’re not forming any type of supergroup with the hardcore legend.

Wow. Thanks for the visit Ian. (And for the decades of inspiration)

Finally, how about some quick hits to end this week’s column?

• Charley Crockett announced a surprise this week in the form of his second full-length of 2018, which will be dropping this Friday. Titled Lil G.L.’s Blue Bonanza, it’s a follow-up to last year’s Lil G.L.’s Honky-Tonk Jubilee.
• After recently releasing his first EP in seven years, Larry g(EE) is hosting a premiere party for his newest music video on December 3 at Alamo Drafthouse’s Lake Highlands location.
• Dallas pop artist LEV will celebrate the release of her newest EP this Friday, November 30, with a concert — and a drag performance — at The Double Wide.
• And, speaking of The Double Wide, Phelan “Peanut” Davis and some folks — including various members of the local metal scene — premiered a scripted movie about and set at the aforementioned Deep Ellum bar last night at Texas Theatre. You can check out the trailer for that effort below.

RC Williams cover photo by Brandon Mikeal. Got a tip for White Noise? Email us!