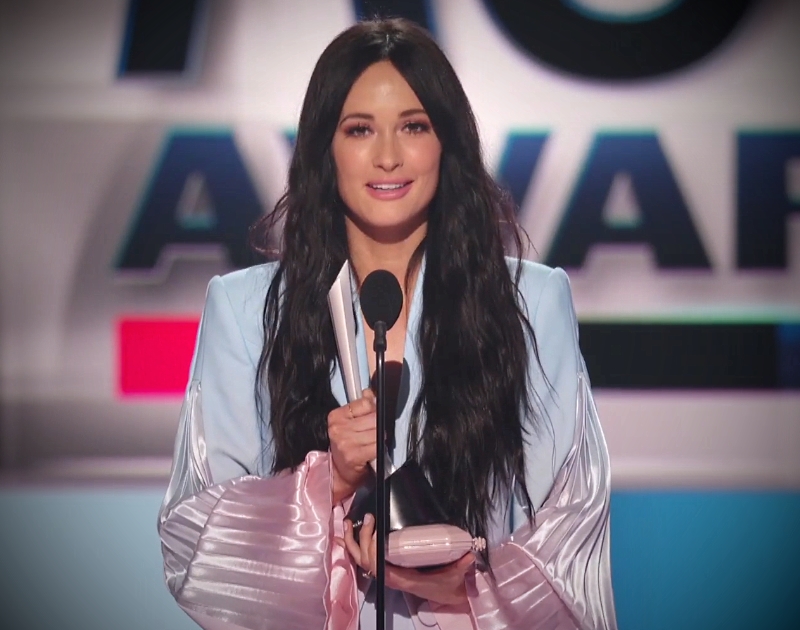 In case you were too wrapped up in the WWE’s seven-and-a-half hours of WrestleMania program to notice, the 54th ACM Awards also took place this past Sunday. And, though the country music awards show took place in Las Vegas, plenty of North Texas expats were represented — per usual, frankly.

The biggest winner, again, was Mineola’s Own Kacey Musgraves, whose 2018 instant classic Golden Hour continued its stretch of cleaning up at award shows. Not only did she take home not only the Album of the Year trophy, but she won Female Artist of the Year honors as well. Her Golden Hour album also contributed to the Songwriter of the Year trophy that Mineral Wells-raised Shane McNally took home. Aside from two cuts on that one (“Rainbow” and “Space Cowboy), the Nashville-residing one-man hit factory also wrote or co-wrote Old Dominion’s “Make it Sweet,” Jake Owen’s “Down to the Honkytonk” and Sam Hunt’s “Downtown’s Dead,” among loads of others in 2018.

As for the performing aspect of the presentation, area-sprung acts were seen all over the joint. Lindale’s Miranda Lambert turned in a medley of her greatest hits; Arlington’s Maren Morris shared the stage with Brothers Osborne on their Girl duet “All My Favorite People”; Burleson’s Kelly Clarkson joined multi-award-winners Dan + Shay to perform their “Keeping Score” collab; and Carrie Underwood brought out This Is Us star Chrissy Metz, Lauren Alaina, Maddie & Tae and the Arlington-born Mickey Guyton for a rendition of “I’m Standing With You,” from the Breakthrough movie soundtrack.

Even though she didn’t take home any awards, Maren Morris still has cause to celebrate this week. Her favorite show, Game of Thrones, finally returns after its two-year hiatus. And after a few episodes have aired – on April 26, to be specific – the series will drop a compilation of LP of songs inspired by the show. Right there alongside new material from Weeknd, SZA and Travis Scott will be a new one from Morris as well.

“We are pretty diligent about not watching Game of Thrones without the other unless we are just out of town and we have to see it,” Morris told Taste of Country Nights about her watching habits with husband and fellow musician Ryan Hurd. “I’d be really pissed if he watched Game of Thrones without me, especially this final season that’s about to come up.”

Moving on, as it recently did with the Fort Worth music scene, Texas Monthly published a feature on this year’s Lubbock songwriters retreat. We bring this up not only because several hit songs have been born out of that gathering in past years, but because the piece gives some shine to former Lubbock residents Dalton Domino, Charlie Shafter and Daniel Markham, who all live in the North Texas area these days.

Continuing on, Dog Company released a new video for its “Raise a Glass” single. Rather appropriately, it was shot at Dallas’ Peticolas Brewing Company.

And, just this past Friday, indie rocker Brigitte Mena released the video for her “Histrionic” single, which she says “highlights a relationship complicated by mental illness” and hopes will continue a conversation on mental health.

Finally, a few quick-hitting notes to wrap things up in this edition of our weekly, local music news and notes column.

• Prizm will make its live debut this Saturday, April 13, at Three Links, opening the Atlantis Aquarius album release show. We previously wrote about the duo’s synth-pop debut single here.
• A celebration of life event for Jayson Wortham will be held on May 11, at Texas Theatre. Read more about the musician and former venue owner’s recent passing here.
• The Deathray Davies is celebrating their 20th anniversary on May 25, at Kessler Theater, opening up for local supergroup MOTORCADE.