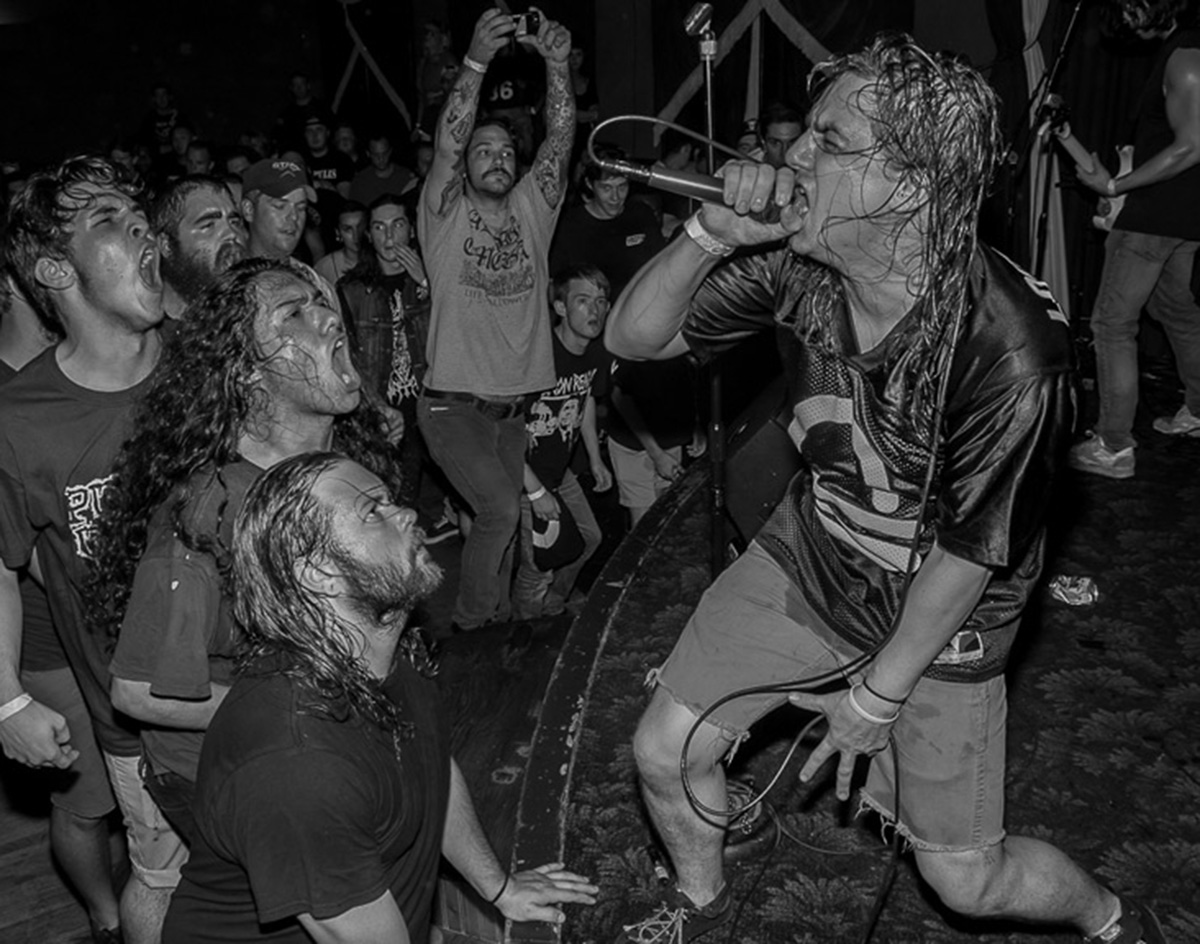 Power Trip – “Firing Squad.”
RIYL: Getting in the pit and trying to love someone.
What else you should know: Nearly four years after its debut on Southern Lord, the Dallas thrash metal crossover act that’ll never play Good Records again will finally release its sophomore effort on February 22. But enthusiasm for the raucous outfit hasn’t really waned, and the band is currently on tour with Napalm Death and The Black Dahlia Murder. Another thing that’s never waned? The band’s immediacy, which is more than apparent on its first new single in quite some time. It’s a track NPR described as possessing “a certain monolithic quality Lemmy would admire: a massive rawness and a sludgy, heavy hopelessness that thrashes with punk immediacy and metal intricacy…it’s a track preparing for war.”

Luke Wade – “On Fire.”
RIYL: The sound of his Voice.
What else you should know: Wade’s last record came out just about the time the Fort Worth singer was competing on Season 7 of The Voice. Not sure whether to credit his experience on that show or just natural evolution – it has been a couple years – but this first taste of his third LP, January’s Only Ghosts, is markedly more poppy and produced than the blue-eyed soul of yore. Like “Let It Be,” this one was supposedly written in a dream.

Kacey Musgraves — A Very Kacey Christmas.
RIYL: When Christmas comes early.
What else you should know: There’s a few originals on Musgraves’ first full-on holiday collection — like her duet with Willie Nelson about getting high on Christmas and a co-write with Leon Bridges called “Present Without a Bow” — but there are also a string of quirky classics like the Chipmunks’ “Christmas Don’t Be Late,” “I Want a Hippopotamus for Christmas” and “Mele Kalikimaka,” the last of which features locally-tied western swing group The Quebe Sisters.

Nikki Lane – “Highway Queen.”
RIYL: Mexican Coke.
What else you should know: Not a song in the most local of senses, but I also don’t care! Lane’s song, about her tour alter ego The Highway Queen is from an upcoming record that was partially recorded at Dallas’ Modern Electric recording studio and features members of Dallas’ Own The Texas Gentlemen. She also tells Rolling Stone that her new album also boasts a song called “Jackpot” that’s about her boyfriend Jonathan Tyler, who also co-produced the record. Juicy! Anyway, the album comes out February 17 via New West.

Post Malone – “Patient.”
RIYL: Two-threes and gold teeth.
What else you should know: Yeah, most of Yung Posty’s long-awaited debut LP has been out there for what seems like years at this point — most notably “White Iverson.” Ahead of that disc’s December 9 release, though, he’s dropped yet another early taste. And the peppy little beat here has a slightly different flavor than his usual, drippier output. Anyway, you can check out the album’s full track list here.

New Dreamers —  “Believe.”
RIYL: Being one of the cool kids.
What else you should know: Lest there was any doubt that Teenage Cool Kids was one of the greatest Denton bands of all time, just consider all the subsequent projects its members launched — like Andrew Savage’s Fergus & Geronimo and Parquet Courts, and Chris Pickering’s Future Punx. And more recently, there’s also been Daniel Zeigler’s fuzzy power-pop project New Dreamers. Sign me up for anything any of these guys do from here into perpetuity.

Lord Byron – “TVJohnny.net”.
RIYL: Earrings that be trillion cut and grills that be slugged up.
What else you should know: Enter the title of Byron’s latest, very modern-sounding single into your browser and hit enter, and you’ll be on the homepage of Johnny Dang, aka the jeweler to the stars. If it weren’t for Dang, where would grill technology even be? Would Paul Wall even have a rap career? This song probably wouldn’t exist, anyway.

Mousehearted — Exit 454a.
RIYL: To see UNT football.
What else you should know: Remember Starhead? It seems like pretty much everybody in Denton that matters played with them at some point, either live or on record. And that project’s singer man Ira Wile has assembled another impressive crop of Denton talent on his new project. Here, you’ll hear Brent Best, Will Kapinos, Hale Baskin, Ryan Williams, Cody Robinson and Allison Wheeler. Read more about the project over at The Dentonite.

Field Guide — The Best Friends I Ever Had.
RIYL: Getting all sentimental.
What else you should know: This local baroque-pop outfit played all of three shows this summer. And based on the following cryptic Facebook post, we’re not sure what the future holds for them — and neither do hey! It reads: “[We] wanted to take the opportunity to say just how much of an absolute pleasure performing for, dancing with, and hugging all of y’all over the past year and half has been. We don’t know what the future holds for any of us, but something about the can-do Texan spirit tells us that we’ll all make it through.” Either way, we’ll always have this new record to remember them by, and it’s a doozy. Kind of like a trippier, intentionally less polished Camera Obscura or early Ra Ra Riot.

G.U.N. — “All Day.”
RIYL: Mortal Kombat characters.
What else you should know: It’s that trap music! This latest effort from “Johnny Cage” rapper G.U.N. probably should’ve been called “Sonya Blade,” tbh. By calling it “All Day,” though, at least it represents a song by this title that you can jam out to without supporting a Trump supporter. Sigh. We miss the old Kanye.