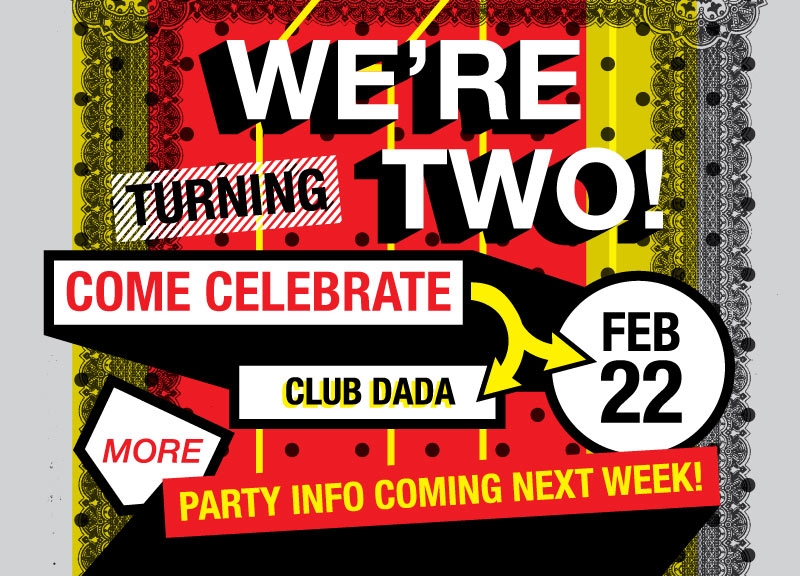 Come Celebrate With Us On Saturday, February 22.

Earlier this week, we passed a pretty significant milestone here at Central Track. On Wednesday, we officially hit our second birthday.

A lot can happen in two years, folks. Like, a crapload.

For instance? Since launching on Sunday, February 22, 2012, we've posted almost 5,000 stories to this site. We've broken news, we've gone viral, we've hipped you to some of the coolest goings-on in town and, most important, we've had fun. We've thrown dozens of successful events, too.

So, in honor of our two-year anniversary, here's a story no one really knows about our very first event. Just a couple hours after the clock struck midnight at our launch party and our site went live, it — for reasons we still don't know — died on us. It completely crashed. So, here's a truth about our first night with Central Track: For some of us, it was an all-nighter. Not because we were celebrating. But because we were in crisis mode.

It could've been a scary moment. But thanks in no small part to the efforts of our wonderful web mastermind Lenzi Jo Gall, we were able to fix our crashed site and soldier on.

Not to get too metaphorical here, but it was over the course of that crisis, as we worked diligently to revive our just-born baby, that I knew: We were going to be OK.

And we have been — thanks, now, to the awesome support we constantly receive from our friends and readers.

So, next Saturday night, on February 22 at Club Dada, we're throwing a free shindig to say thanks for that support. In the coming days, we'll reveal all the details about that bash. But for now, we mostly just wanted you to be aware of it.

So mark you're calendar apps, RSVP here, and let's get ready to rage.