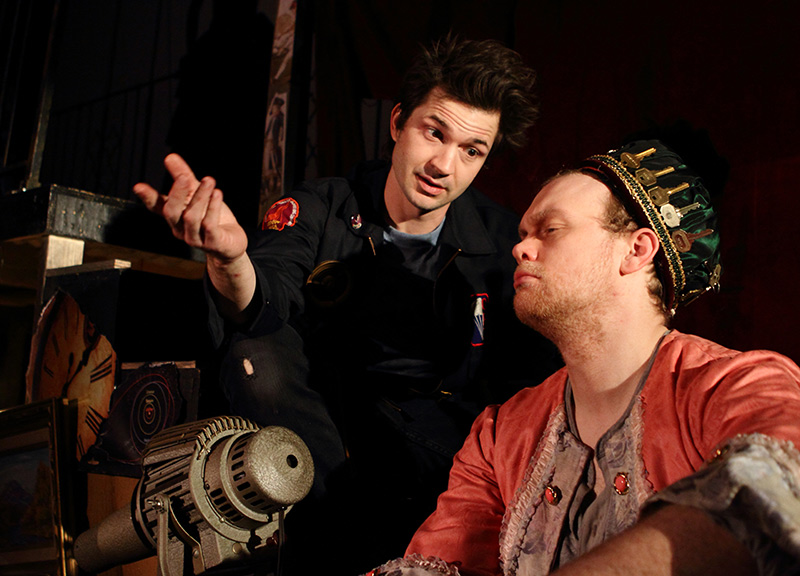 Last winter, in the itty bitty confines of the Magnolia Lounge at the Margo Jones Theater in Fair Park, On The Eve, a new rock opera from the minds of a local rock band called Home by Hovercraft, sufficiently took Dallas by storm.

If you were lucky enough see it in its initial run, chances are you're already planning on seeing again in these next few weeks, as the musical makes its professional world debut at Uptown's Theatre Three. If you were lame and stayed at home last winter, consider yourself lucky: You've been given the gift of a second chance to become legitimately awesome and attend this incredible spectacle.

If this all sounds hyperbolic, our apologies. But we're hardly the only ones who've been singing this musical's praises since last year.

Not bad for a show featuring an admittedly tough-to-follow plot that, long story short, follows the trials and tribulations of a confident-but-unhinged hero and his interactions with Marie Antoinette (among others) aboard a time-travelling hot air balloon.

“Due to the nature of the show, its more avant-garde plot structure, storyline and delivery of music, we weren't sure how it would play to the Dallas audience,” admits Seth Magill who, in addition to co-writing the production, also performs in its star role as the dashing Chase Spacegrove.

He was right to be somewhat cautious. The idea of a Dallas band — even one comprised of musicians with deep theatrical roots — composing a rock opera and then having the gall to actually perform it? That alone was pretty gutsy, even if the band did so alongside Michael Federico, a longtime established actor, educator and author friend here in town.

“We knew we had a strong story and music,” says pianist Shawn Magill, who also serves as the show's music director and designer. “We didn't anticipate the outpouring of love.”

And yet the love came. And why not? Not only does the show raise some serious questions about politics, class warfare, sexism and the axis on which a revolution turns, but it also features some truly delirious and charming characters, precise dialogue, an uplifting soundtrack (the bulk of which can also be heard on Home by Hovercraft's 2013 Are We Chameleons? LP) and some insanely compelling and visually thrilling production that quite literally thrusts the audiences into the show itself.

Even in the much-larger Theatre Three setting, this utter chaos still works — perhaps even more effectively. The set remains similar, but, here, the luxury of space is definitely felt. Director Jeffrey Schmidt's re-imagining and expanding of the show's more kinetic pieces for this setting only serves to make these elements even more arresting.

Other noticeable On The Eve 2.0 changes include an updated steampunk-inspired set of costumes, which further evokes a rather fashionable post-apocalyptic environment for this set of clinging-to-life characters. Culled by Bruce Coleman from area thrift shops, the costume selections were determined by the cast members themselves, who were asked to determine the best looks for their own characters.

“He then took those pieces and used as many of them as he wanted to create all of our costumes,” Shawn Magill explains. “[He] then left it up to us to distress, rip and collage with other things to fit with each of our characters' back story. We ended up with what I have called 'indie-rock, post-modern, rag-tag burlesque, thrift store design.' It's a thing now.”

“These designers are truly artists, not just people with technical skills,” adds Schmidt of the all-hands-on-deck production. “They have all been awesome.”

So, too, has the local music scene. In a clever nod to some of her favorite area bands, Shawn Magill asked a number of area acts for permission for her production to include their songs in On The Eve's pre-show, intermission and post-show music. To her surprise, most every act she asked — a list that includes Air Review, Blackstone Rangers, Fox & The Bird, Ishi, The Polyphonic Spree, Cutter and Sarah Jaffe, among others — agreed to have their music involved in the show. As part of the time-travelling concept, Shawn says she envisions this soundtrack as a relic from a music critic's year-end best-of list that was found by her characters within the rubble of the play's bomb shelter. As she's sees it, it's all that the cast has left to listen to — forever.

But there are worse fates, to be sure. The On The Eve creative team is certainly aware of that.

Actually, more than anything, it's something for which they're quite thankful. Dallas has On The Eve's back, it seems. Those contributed tracks are but the latest example of this fact.

“We have been overwhelmed at every turn,” Seth says. “Not only by the support, but also by the true artistic adventurism of Dallasites.”

That's a feeling, given all of On The Eve's critical praise, that is undoubtedly mutual.

All photos courtesy of On The Eve. The show runs through February 9 at Theatre Three in Uptown. Tickets can be purchased here. 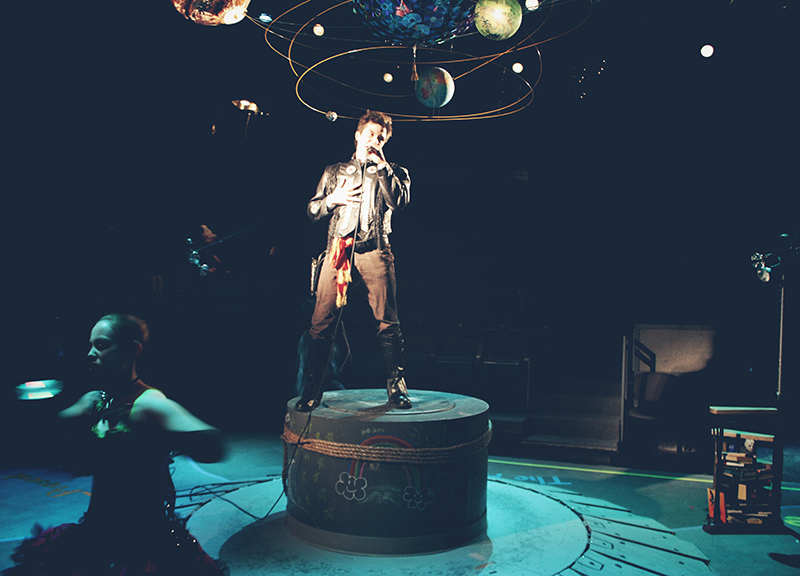 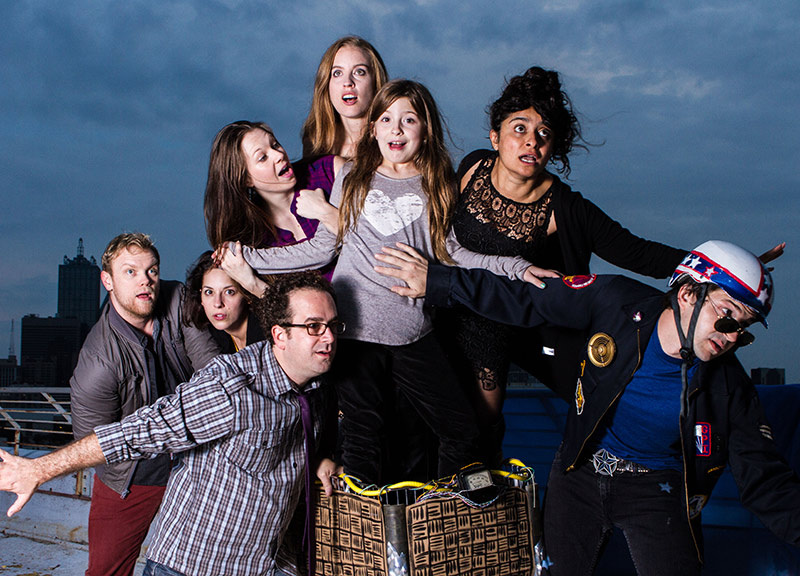