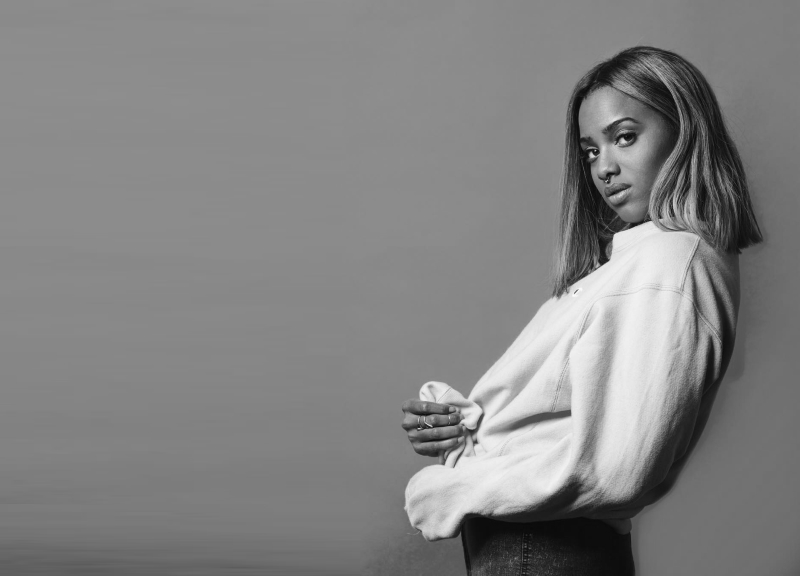 Spinderella’s Daughter Christy Ray Is Not A Fella, But A Second Generation Girl DJ.

When DJ Kool Herc, the godfather of this hip-hop thing, began spinning in the Bronx in the early 1970s, he didn’t intend for it to be a boys-only club. But it wasn’t until the mid-’80s that DJ Spinderella became one of the first female DJs to gain mainstream recognition, spinning for legendary hip-hop group, Salt-N-Pepa.

Earlier this month, at VH1’s Hip-Hop Honors, Spinderella spoke about how much she had to overcome to come up in an industry that remains even to this day dominated by males.

“Ladies, as always, there’s battles to be fought and milestones to be achieved,” she said then.

And one of the ladies continuing that battle is her own daughter, Christy Ray Anderson. However, DJ Christy Ray, as she calls herself, doesn’t desire to walk in her mother’s footsteps, preferring to construct her own lane in the hip-hop industry. She’s traded bulky crates of vinyl and hefty turntables for a featherweight Pioneer DDJ with a Macbook Pro, but she still works on those ones and twos, too. Their methods may differ in their respective beginningsbut, that itch of bringing fingertips to vinyl remains unchanged.

Christy has been coast to coast almost as much as her father, retired NBA player Kenny Anderson. The now Dallasite was born in New Jersey then moved to Los Angeles at around seven years old. She graduated from James Monroe High School in North Hills, California. She then moved to New York at 17, where she later attended Hofstra University for broadcast journalism. She describes herself as “pretty normal” in comparison to other women her age with famous parents.

“Everybody always asks what it was like, expecting me to have chauffeurs or the celebrity treatment,” Christy says. “Both of my parents did a really good job of raising me how everyone else was raised, around family and friends. I had to get a job, I had to get good grades and work really hard in school — something most people wouldn’t expect from somebody with two celebrity parents.”

In fact, it was only recently that Christy was able to quit her nine-to-five, Monday through Friday job to pursue DJing full time. Instead of practicing sluggishly after a long day, Christy now practices for multiple hours per day, every day, a decision her mother fully supports.

“Even with my daughter leaving her job it was nerve-racking for her,” Spinderella says. “But I think it was a noble move. Taking steps toward your future, something you’re going to dedicate and invest in, that would be one of the greatest moves you’ll ever make.”

From an early age, though, Christy’s shown a pattern of making great moves and smart decisions — some of which would have been hard for most folks in her position. Take her turn on MTV’s My Super Sweet 16, for instance. We’ve all scoffed at the spoiled, silver-spooned, whiny teenagers profiled during their lavish parties on the hit early 2000’s reality show, driving off in vehicles most of us won’t see until we’re, well, maybe never. Christy was featured on the show as well, but made it a point to separate herself from the negative stigmas with a theme of generosity rather than individualism by donating the proceeds of her party to the Save Darfur Coalition; a campaign started in 2004 to combat the first genocide of the 21st century in Darfur, Sudan. Rest assured there was no shortage of gifts at the party, but every dime received was given to the cause.

“People give you money anyway and I already had everything I wanted; the party, the car, so I just figured why not?” she says. “I’d much rather give back since I got this wonderful party, that’s a gift in itself.”

It’s a unique trait, to be sure. As is the concept of being a second-generation DJ. That’s a rare thing in and of itself, even before factoring in the second generation female DJ aspect.
Both Christy and her mother are adorable in their friendly spouts with each other, appearing more like sisters than mother and daughter. This unique relationship fosters amusing conversations between them:

Spin: “And she treats me like ‘Mom, mom,’ I’m just like whatever, do you know how special your mother is?!”
Christy: “No, get out of here! I do know but It’s like I see her like nobody else sees her. She’s still mom, but when I see her up there it’s like I almost remember, like ‘Oh snap!'”
Spin: “I try to remind her.”
Christy: “It’s like it’s out of body, surreal sometimes when I see you. When I see old videos of them…”
Spin: “Do you remember any of them? You were there [for] a lot of them.”
Christy: “No.”
Spin: “Well you were there for ‘Shoop.’ You were there for ‘Whatta Man.'”

And what a good summer it will be.

But even with the perceived leg up of being born to the world’s most famous female DJ, Christy Ray doesn’t necessarily have it as easy as one might expect. With just a little under one year of really studying hip-hop culture, Christy’s just a kiddo making the trek up the long stairs under the masterful guidance of Pei Mei, or in this case, DJ Jay Clipp, who has been giving her DJ’ing lessons.

Clipp is a “true school” hip-hop DJ with over 20 years’ experience, working with famed artists like 9th Wonder, Jay Z, the soulful Erykah Badu and Jill Scott, and even Spinderella to name a few. These days, Jay Clipp is both owner and operator of the Keep Spinning Academy, a six-week course dedicated to teaching these youngsters how to properly spin a record. Christy is a student of Clipp’s, and he attests to both her raw talent for the craft and work ethic.

“Any female doing something in a male-dominated area is always a plus,” he says. “Christy is the type of DJ that actually DJs. She’ not depending on her looks or who her mom is to push her career along.”

Being a woman in a hyper-sexualized, male-dominated field such as hip-hop can be daunting at times, but Christy has taken up the reigns and continues to improve with every new residency she acquires throughout the city. These days, you can catch her spinning at Off The Record in Deep Ellum every Saturday from 5 to 9 p.m., the Beauty Bar the last Thursday of every month and, from time to time on Sundays at Double Wide, where she frequently guest DJs with Blake Ward.

And you can expect that list to grow as Christy continues to earn her stripes. In that regard, she’s a lot like her mother, who erned her own stripes in the world of hip-hop many years ago with a groundbreaking message of female empowerment — one that has spilled over into the next generation. Christy’s a living example of that, and her opportunity to whittle out her own place within the global pillar of hip-hop is now a task her mother knows she can achieve.