We'd Buy That For a Dollar! 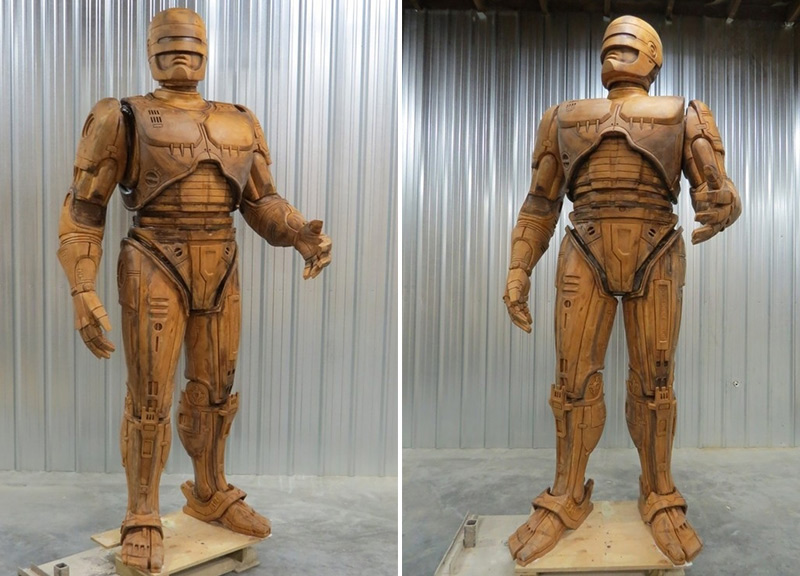 Since RoboCop's 1987 release, Dallas and Detroit dwellers alike have been staking claim to the series — the latter because the movie was set in their city and the former because, well, it was shot here.

The proof's in the visual pudding: In the original film, Dallas City Hall serves as the film's fake setting for the Omni Consumer Products headquarters; the interior of Sons of Hermann Hall, meanwhile, served as the set for the film's police station.

Anyway, if we're being completely fair, both cities have legit claims to the franchise. Recent years, however, have seen Dallas completely owning Detroit as honoring the film's legacy goes. First, there was that RoboCop screening in front of City Hall in 2011. Then, just last year, the Dallas International Film Festival closed out its festivities with a reunion of the cast.

Detroit's most recent move ups the ante significantly, though. After a successful 2011 Kickstarter campaign that raised more than $67,000 for the cause, a group of Detroit artists has been hard at work, building otu a 10-foot-tall statue of the iconic Peter Weller character. Now, that same Kickstarter page reports, the foam, wax, clay, and steel statue is almost done — just a bronze dipping away from completion is all. And, as you can see below, it looks glorious.

As of the time of this writing, though, it doesn't appear as if the City of Detroit has necessarily gotten on board with the project, as no location has yet been set for the statue's placement.

On the off-chance that no location is ever selection, let's please allow this post to serve as the formal olive branch to the artists behind the project: If Detroit won't have your statue, we will. It'd look pretty great on the plaza out in front of City Hall, we think. And, if not there, I'm pretty sure we can somehow find a way to make some room for it somewhere here at CTHQ.