War For The Planet Of The Apes Is One Of The Year’s Best Films. 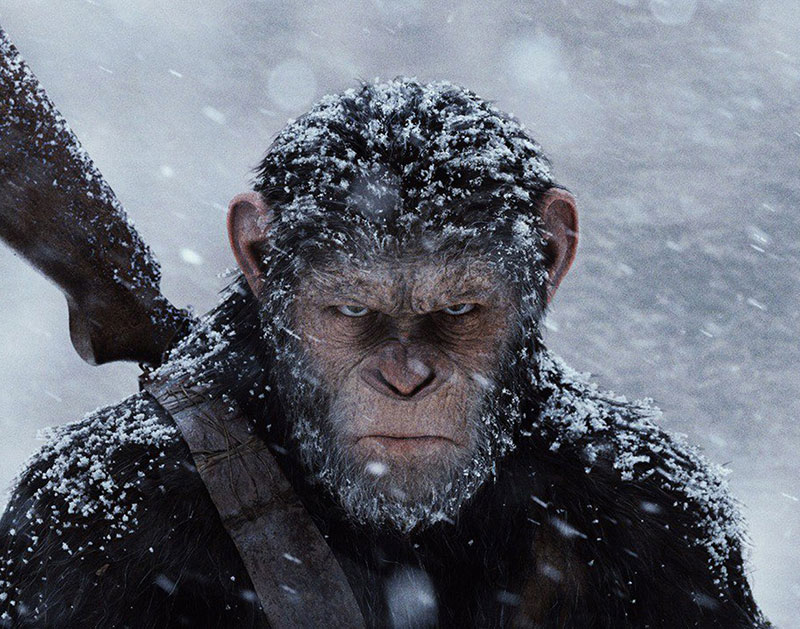 The Final Installment In A Thrilling Trilogy, War For The Planet Of The Apes Is A Striking Testament To How Hollywood’s Use Of CGI Has Evolved.

When Tim Burton made his Planet of the Apes remake in 2001, everyone groaned and hissed.

But 10 years later, when the series was rebooted with Rise of the Planet of the Apes, the reaction was markedly different. This time, the film felt grounded and gritty. And even though most people were weary heading into it, even the most cautious of critics were forced to admit that the 2011 version was a really good re-imagination — better than it had any right to be, anyway.

The film opens with Caesar (Andy Serkis) and his followers trying to live peacefully and create lives for themselves despite fighting humans almost constantly since the last film. Humans, meanwhile, are still struggling to survive with the ever-mutating virus they were introduced to in the first film, and still believing that getting rid of the apes will solve their problem. This charge is being lead by Woody Harrelson’s bitter Colonel, who seeks to wipe out the apes for good and restore humanity’s place atop the chain. To accomplish this, the Colonel attacks Caesar’s family, leaving Caesar to make the emotional decision to go after the humans instead of leading his people to peace.

Serkis’s Caesar is one of the more complex characters found on the big screen this summer. He’s a flawed leader: He has apes who trust him, but his mission is sparked by a personal vendetta that leaves his community vulnerable. It’s a selfish act, but an understandable one. Even though he’s a CGI character, the emotion Caesar feels is more raw and real than almost every other human character in the film, and, even though “war” is in the title of this film, Caeser’s personal struggle is at the heart of the story, which is more of a character study than action movie.

Part of that is thanks to the CGI, which is near flawless here. Put simply, the apes look and feel real. They have weight to them when they’re up against the humans, and their integration into the world that surrounds them is absolutely seamless.

That world is a mess, of course. And Caesar and the Colonel, while approaching their visions of the world from differing viewpoints, aren’t all that different when it comes to their end goals. They both want their species to survive, and even though Caesar would rather take the peaceful, more isolationist route, he’s not that different from the war-hungry Colonel. They are two sides of the same coin: Caesar struggles with evolution as more and more apes learn how to speak, and the Colonel, faced with the spread of the virus that’s decimating his people, fears the devolution of humanity. Their struggles represent a brilliant contrast, and, in turn, their big confrontation at the film’s climax is tense and ride with emotion.

During a summer season that so often feels bogged down by superhero films and forgettable popcorn movies, War for the Planet of the Apes feels fresh and new — ironic, perhaps, since it’s the final film in a rebooted trilogy. It’s clear watching the movie, though, that the filmmakers had the freedom here to develop complex characters and tell a solid story.

And, boy, do that. War for the Planet of the Apes is one of the best movies of the summer — and possibly even the year.