Of Vice and Men. 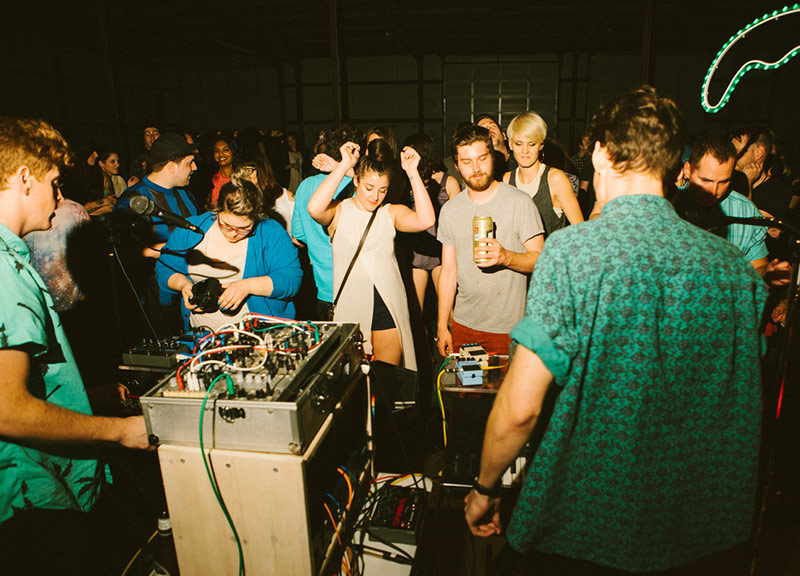 For all intents and purposes, Vice Palace is just a big, vacant black aluminum building.

Well, maybe that’s unfair. It’s a little more than that. There are indeed a few adornments — a very few. Some geometric shapes are painted in pastel colors along the Singleton Boulevard side of the building; on the Gulden Lane side, a blue light sits atop a small concrete column, helpfully marking the parking lot’s entrance; and over in the back corner of the lot, on the opposite side of the building, a construction site spotlight shines bright, illuminating the area and, presumably, indicating to any and all comers that this isn’t an unsafe space worth fearing.

Thus seemingly ends the list of updates made to this vacant property, which, perhaps against the wishes of that spotlight, now exudes a rather dangerous, exciting and more than just a little edgy appeal as a DIY space for Dallas’ musically adventurous.

Not bad, not bad — and especially so when considering that, not long back, this Trinity Groves-adjacent edifice acted as the opposite of all of those above descriptors. Vice Palace’s rather boring deep backstory? It used to be a bus depot.

But that, of course, was before the whole Trinity Groves concept was set in motion as a proverbial fuck you to the media elite who’d blasted the Margaret Hunt Hill Bridge as being a “Bridge to Nowhere.” (And, sure, both more realistically and less rambunctiously, as the bait and justification behind area real estate developers finally moving forward with the city’s westward expansion across the Trinity, a development that upped the concept’s status to legitimacy from long-threatened, distant inevitability).

Now, in shadow of Large Marge and within spitting distance from the Dallas skyline, the Vice Palace space stands as delightfully progressive — and completely to the credit of Oak Cliff art provocateur Art Pena, who has somehow convinced Trinity Groves investors who currently own this warehouse-like spot that it’s better off left in his hands for the time being than vacant and gathering dust.

Let it be known: Even Pena’s not completely sure how that happened. Either that or he’s just not telling. Ask him about it and a wry smile forms on his face while he shrugs in response.

No matter, the point is this: Thanks to his efforts at Ware:wolf:haus — the Bedford Street space he’d previously used for hosting the rare music gig on top of its more-regular gallery schedule, not to mention a building also owned and donated his way by those Trinity Groves higher-ups — the West Dallas Moneybags figured it prudent to give Pena the green light on this space, too.

And so he’s run with it, the most recent of his efforts coming this past Saturday night as his venue played host to a performance art piece masquerading as a concert — or was it the other way around? — featuring Austin’s Silk Rodeo, the debut showing from local electronic outfit Merli e Spumanti, and the second of three planned artist-in-residence showcases from the ever-bizarre George Quartz, here in collaboration with both his After Hours backing band and the Danielle Georgiou Dance Group, who all together combined forces to form as The Last Resort.

It was an appropriately off evening, too.

Hardly started that way, though. In retrospect, Silk Rodeo’s New Wave-indebted, beat-heavy set felt rather safe, if also exciting enough to entice most, if not all, of its audience to recklessly dance about the space while performing before an open garage door along one of the building’s sides. Those attendees, who’d paid $5 to a “security guard” for the privilege, seemed to care not that they hardly filled ten percent of the huge room. Rather, they semi-circled tightly around the performers’ many electronic gadgets and shook about, all too happy that the only lights shining upon them came from a plugged-in neon palm tree and, faintly, that outdoor safety spotlight seeping in. The abandon made for a fine visual — one only improved by the fact that, through that open garage door, the Downtown skyline could be seen quite clearly. That really was nice.

So, too, was Merli e Spumanti’s more soundscape-y follow-up, although its less accessible nature very much translated into more outdoor lingerers than indoor spectators. Still, the first-ever live collaboration between Def Rain’s Ashley Cromeens and Diamond Age’s Matthew Leer too had its visual highlights, none more so than when Cromeens appropriated the headlight of a scooter that had inexplicably found its way into the space as her own personal spotlight.

Things only got weirder from there. And, as the show moved over from its ramshackle garage door performance space and over to its more traditional (and, on this night sand-covered) stage, it became clear that this was forever the intent.

As it should’ve been. George Quartz has come a long, long way from his Faux Fox days, and though he’s always been theatrical and delightfully esoteric, his in-residence offerings at Vice Palace have been significantly more so. At this show, that meant embodying the persona of a bloody bikini cult’s tan-skinned leader in some alternate reality re-imagination of a campy 1950s beach horror flick — one wherein the music, while present, became significantly secondary to the meanderings of Quartz and his dancers.

There were screams, there were random gyrations and, at one point, whether one of the dancers was being revived or sacrificed was tough to determine. What any of it meant wasn’t altogether clear. It was just weird. And, apparently, it was weird for weird’s sake and weird’s sake alone.

But it was undoubtedly engaging, and, days later, its memory remains vivid.

So the simple fact that it happened? Well, that seems to have been the point.

Which, one imagines, works just fine from Pena’s perspective. Truth is, there’s a shelf-life on this Vice Palace project: Pena expects that his underwriters will pull the plug on him within a year. The land upon which the space sits is just too valuable, its owners’ development desires too obvious.

But it’s his to play with for now. Vice Palace is happening.

And there’s no doubt here: Far as Pena’s concerned, that’s exactly the point. 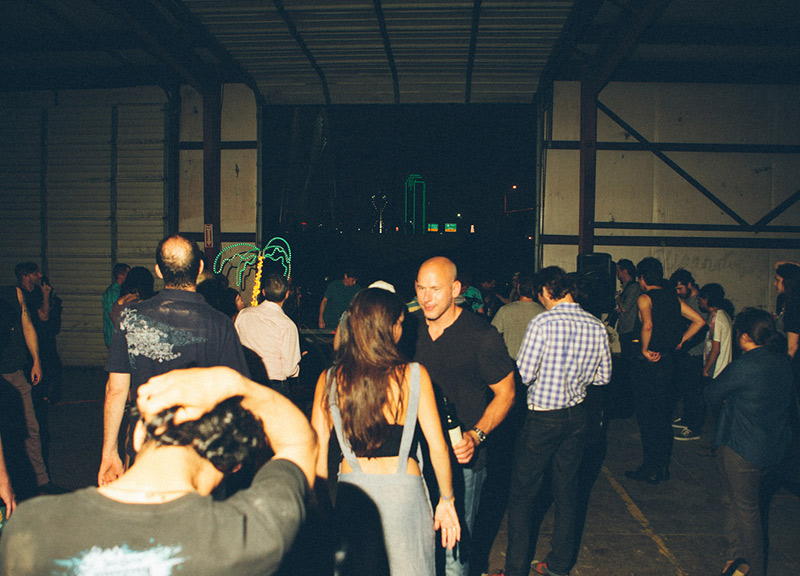 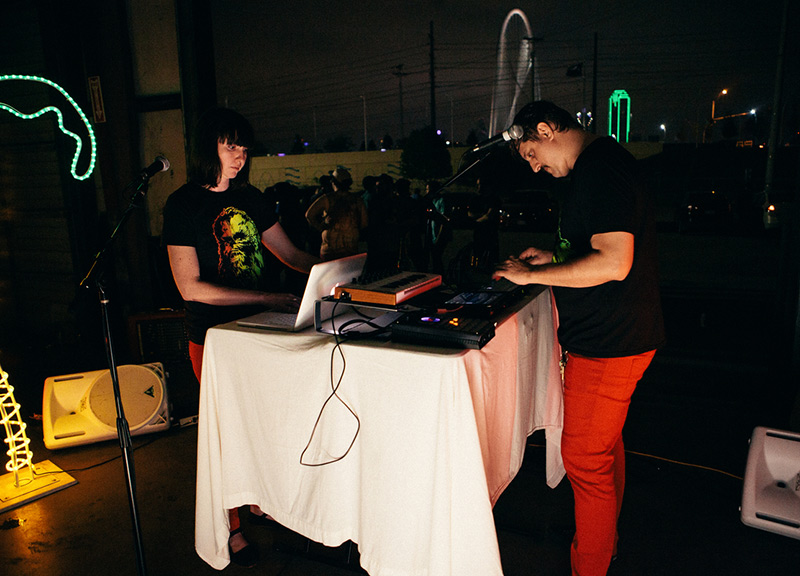 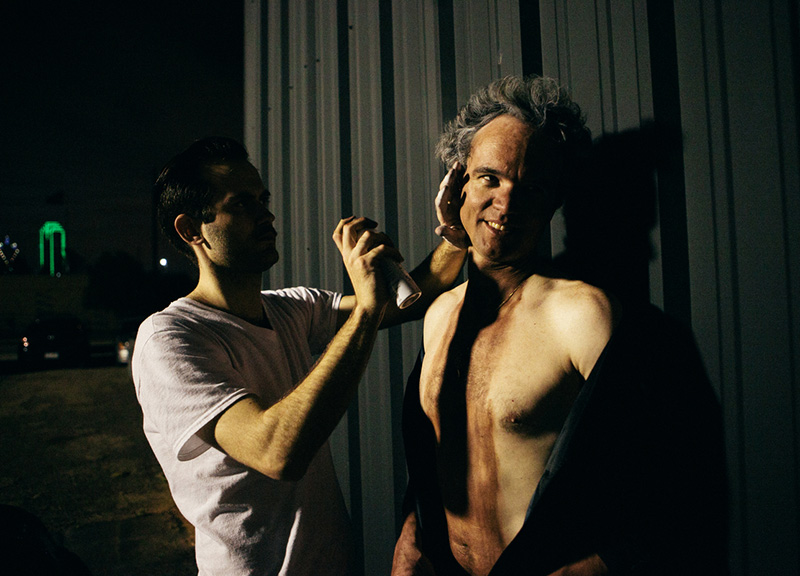 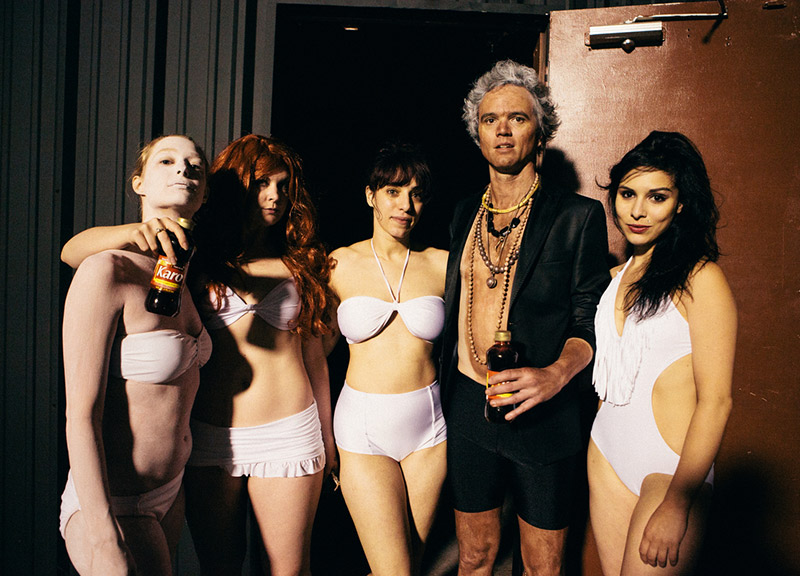 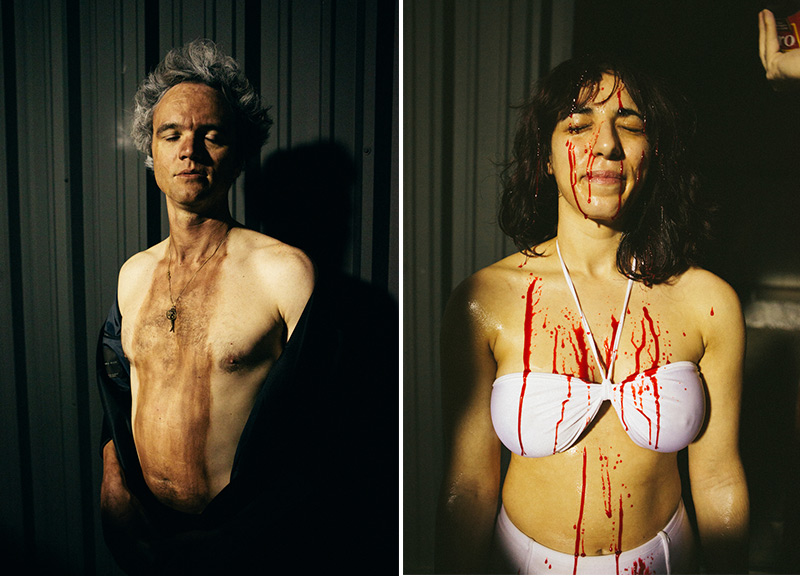 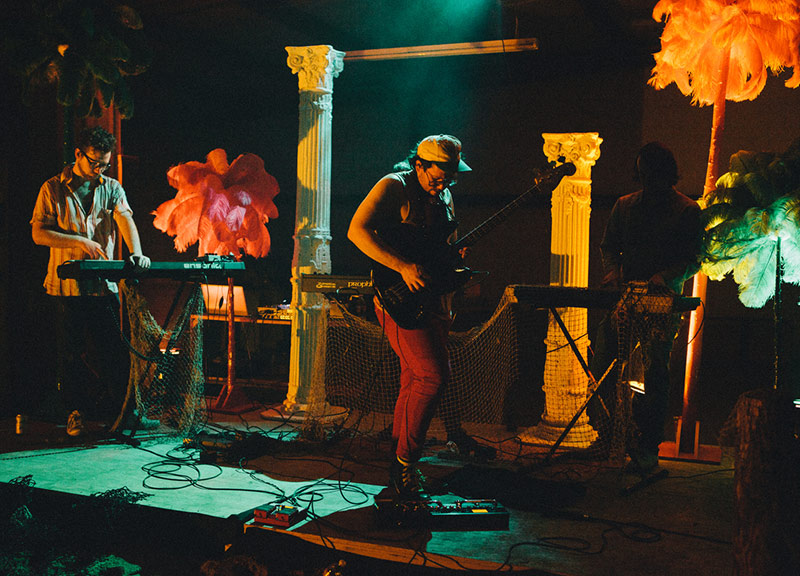 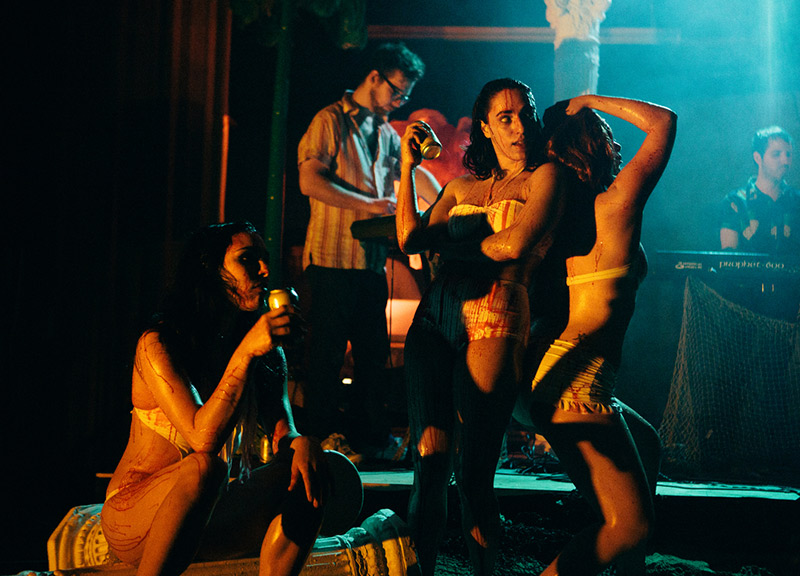 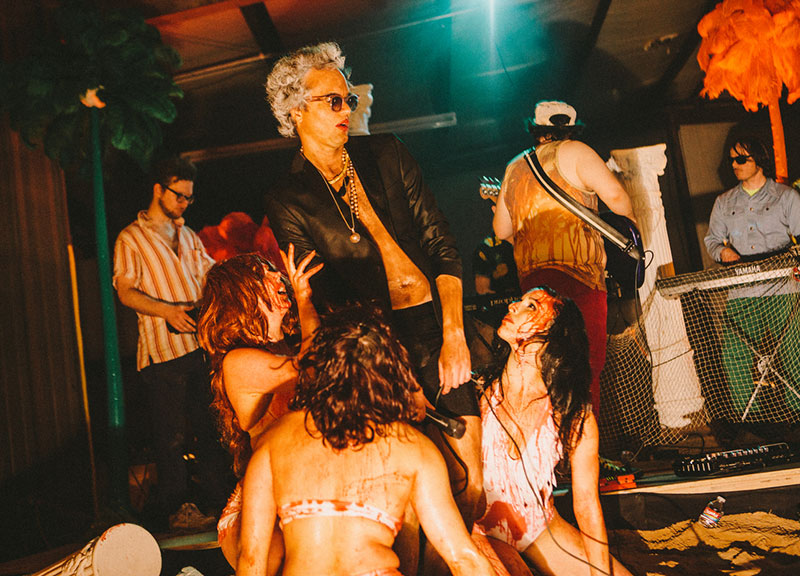 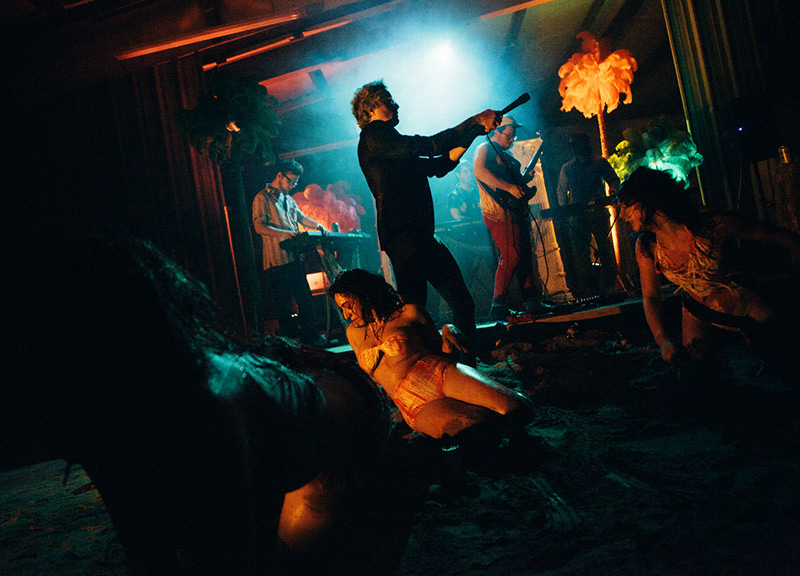 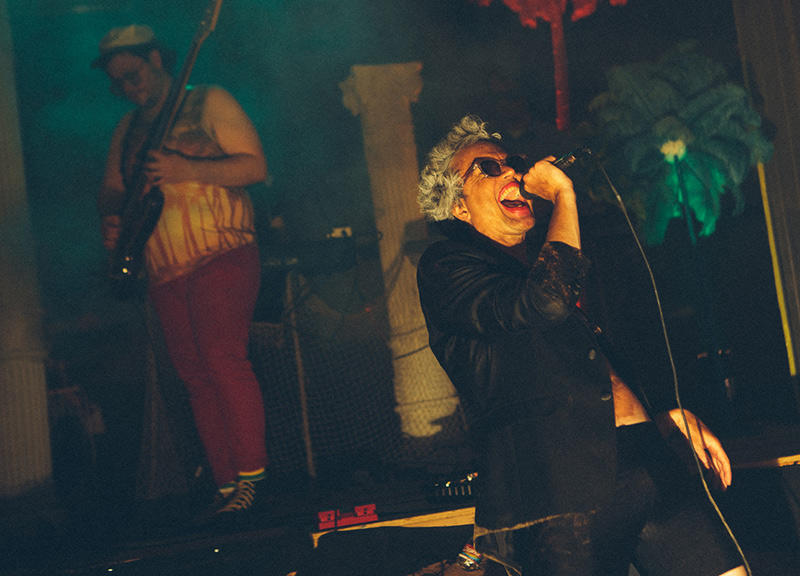 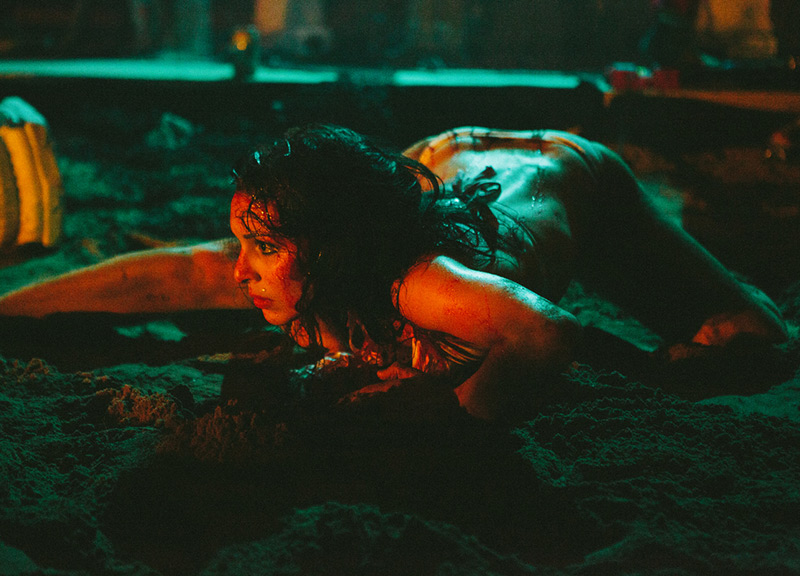 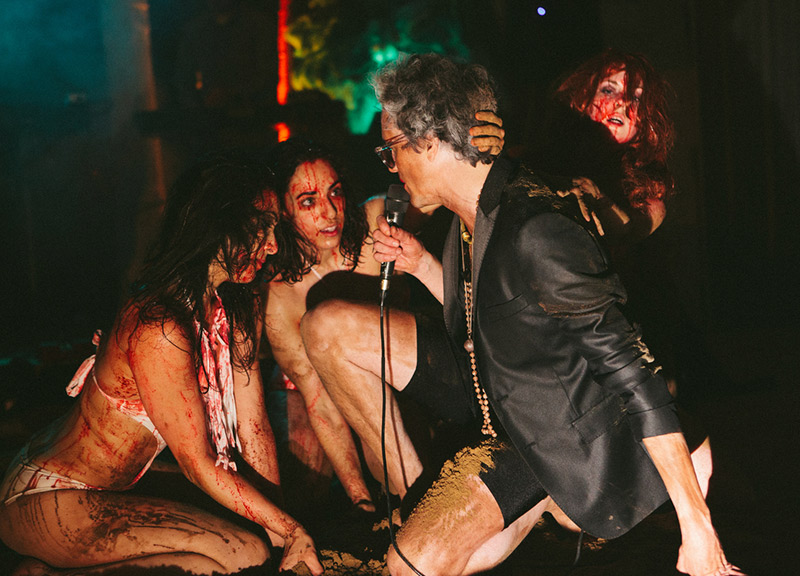 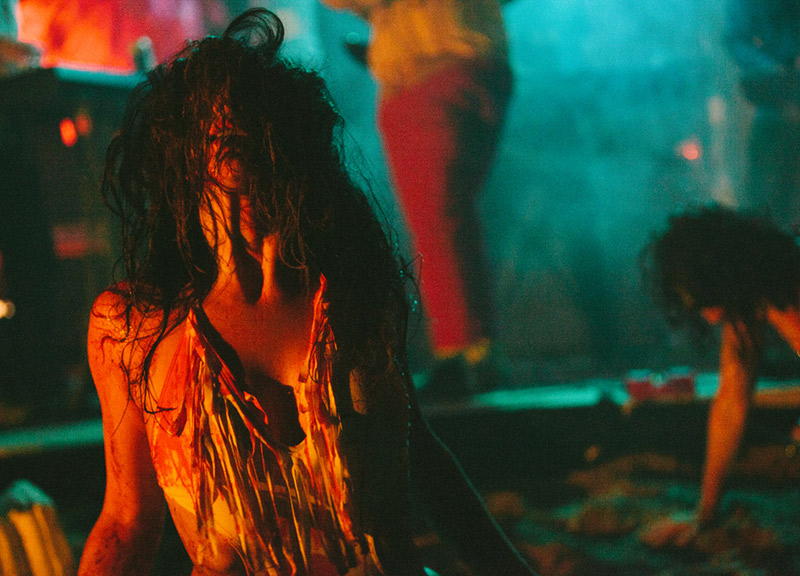 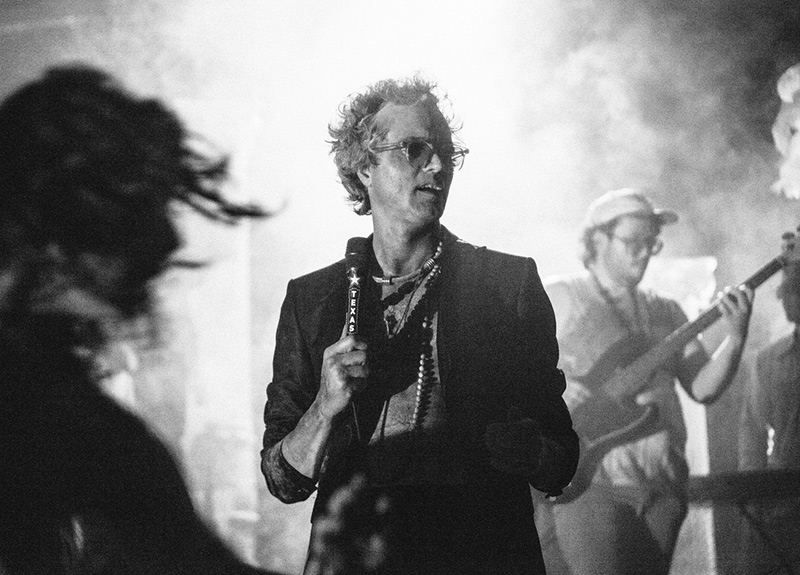 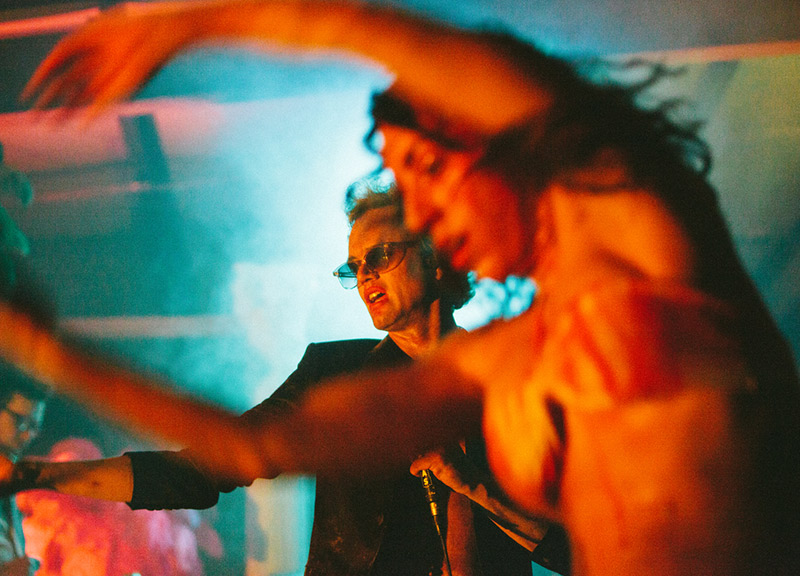 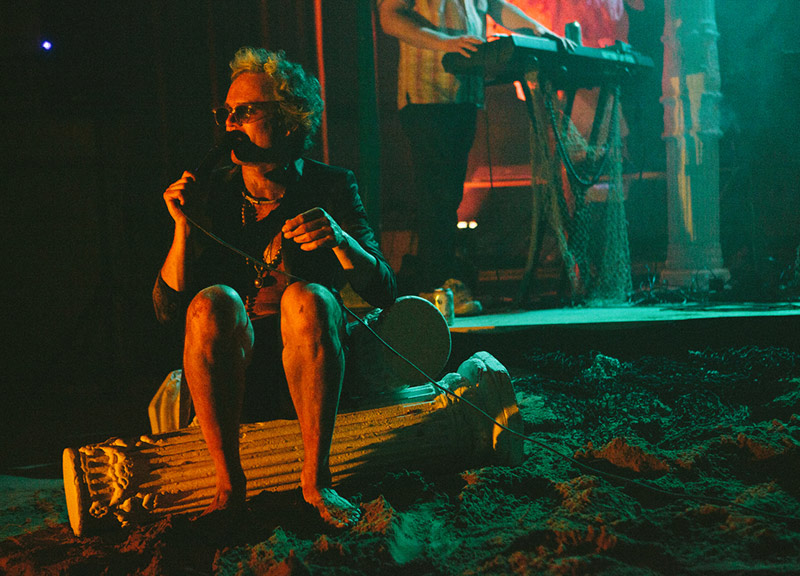 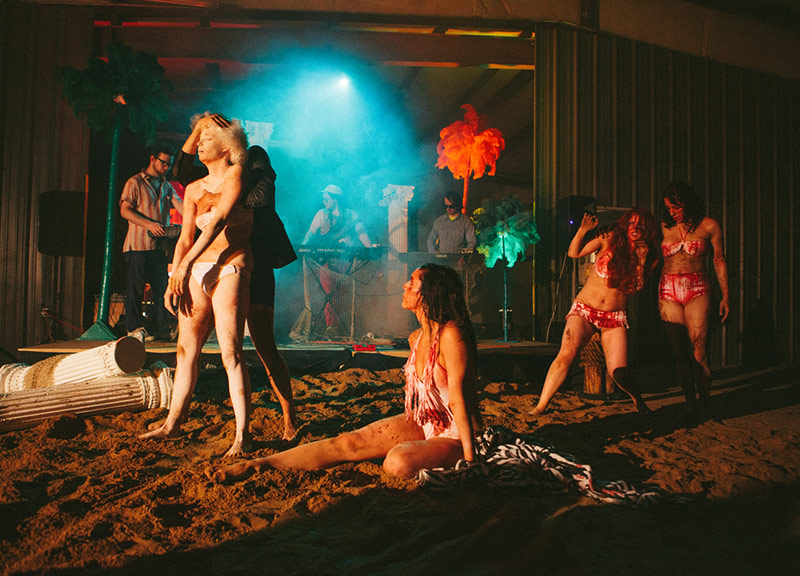