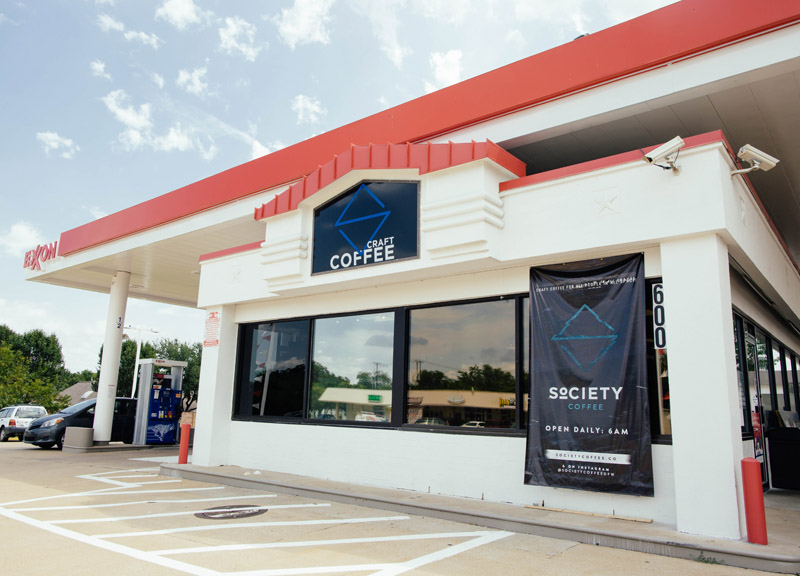 Craft Coffee While You Pump Gas? Society Coffee Is Onto Something FabEuless.

With a less-than-affectionate nickname like “Useless,” it's hard to think of the town of Euless in a positive light, especially when it comes to its coffee scene. Craft coffee is far from the norm in the suburb, even as specialty coffee grows in popularity in the surrounding areas. But by utilizing the space his existing business — a gas station — Bassam Alnoubani aims to change that with his new business, Society Coffee.

“The owner has always had a dream to open a coffee shop,” says Society's coffee consultant, Joshua Moore. “But he also thought 'I own a gas station, and I really love coffee — I would really rather not serve bad coffee because that's the standard of gas stations.' So he was like, 'What if I just took a gourmet coffee shop, fit it in a 15 by 5 foot space and go for it?'”

The coffee portion of the business debuted just a few weeks ago, following a sleek and mysterious social media campaign courtesy of Creative Mindlab. Despite such a small space, the bar contains all of the features of a craft coffee shop, replacing the serve yourself options of traditional gas station coffee.

“There's an idea that gas station coffee is so bad, so we had to intrigue people first,” says Eder Teixeira of Creative Mindlab.

As one of the only craft coffee ventures in the area, Society Coffee sticks with a local theme by sourcing its beans from BG Coffee, one of the only coffee roasters in the Mid-Cities. The roaster specializes in central Italian-style espresso, such as the Invierno used in the shop, a Milanese-influenced blend with hazelnut undertones and a full crema popular to the region.

In order to provide quality coffee without sacrificing speed, the menu is made up of standard espresso drinks and drip coffee, only available in a 16-ounce size. For those looking for more decadent options, there are also drinks like the cherry amaretto frappe. The coffee bar also features a nitro cold brew tap, where the addition of cream and vanilla transforms the drink into a milkshake-like treat.

Because the coffee bar is slightly hidden within the confines of the gas station, you have to be on the lookout for the large mural or neon blue signs to guide you to the right place. But within the next month, Alnoubani has plans to reconfigure the gas pumps so that customers can order while they pump, and have fresh coffee hand-delivered by a barista.

As out of place as the concept may seem, the vision behind it embodies a greater purpose — making quality craft coffee accessible to everyone.

Says Moore: “No longer do you have to go out of your way to get craft coffee. We're trying to bring craft coffee eventually to all of the places that you're already going.” 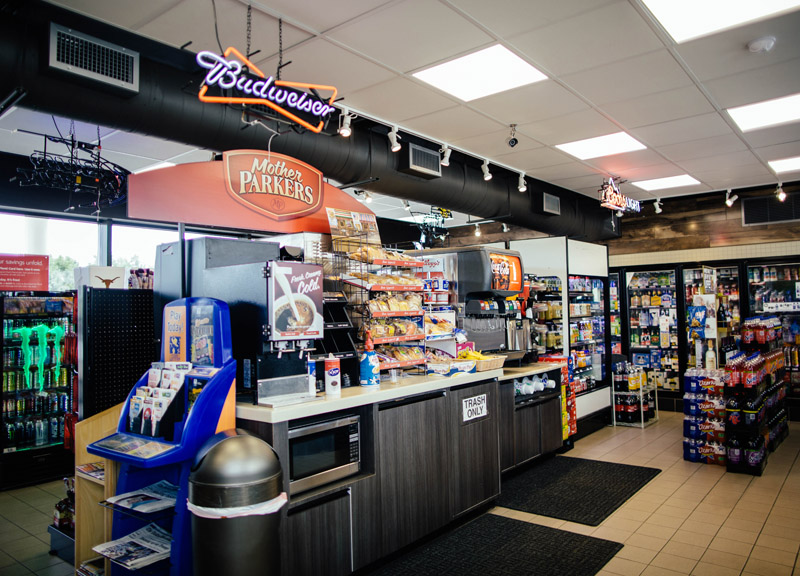 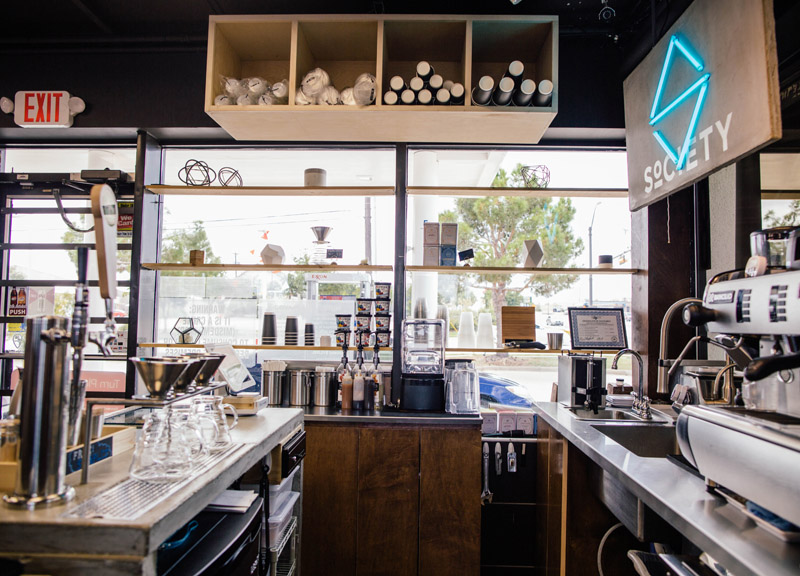 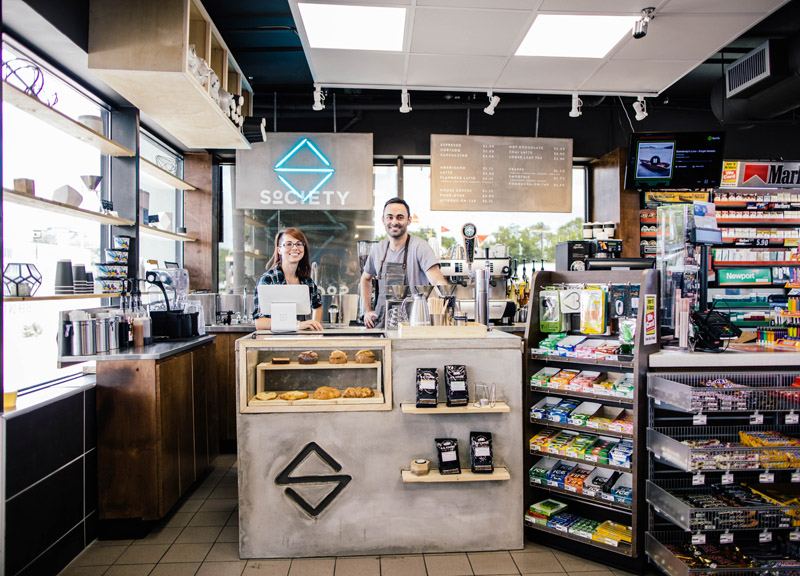 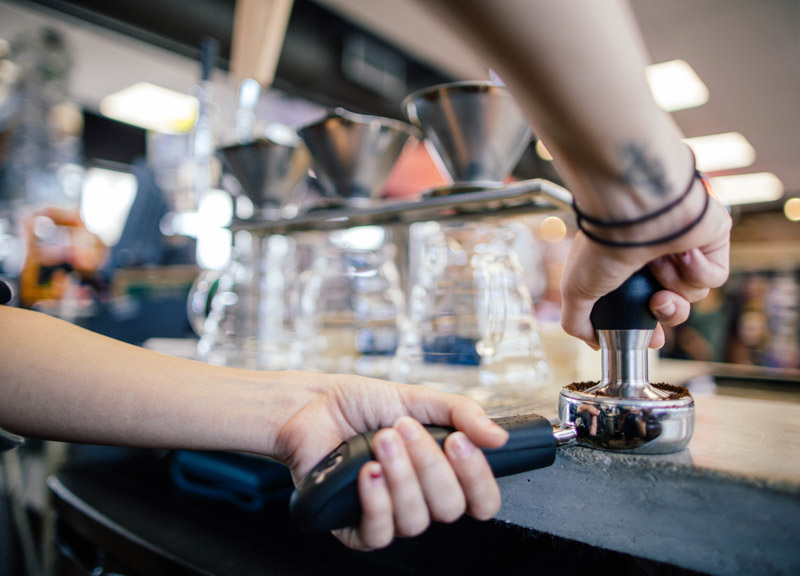 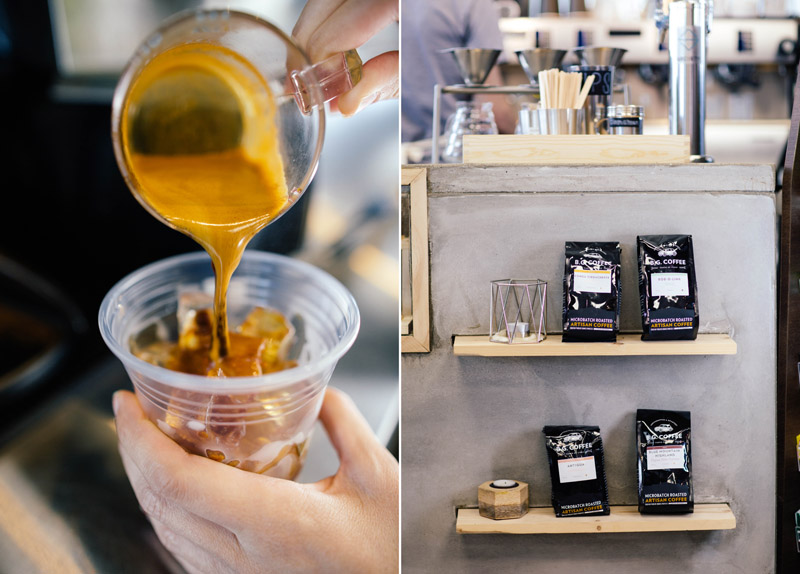 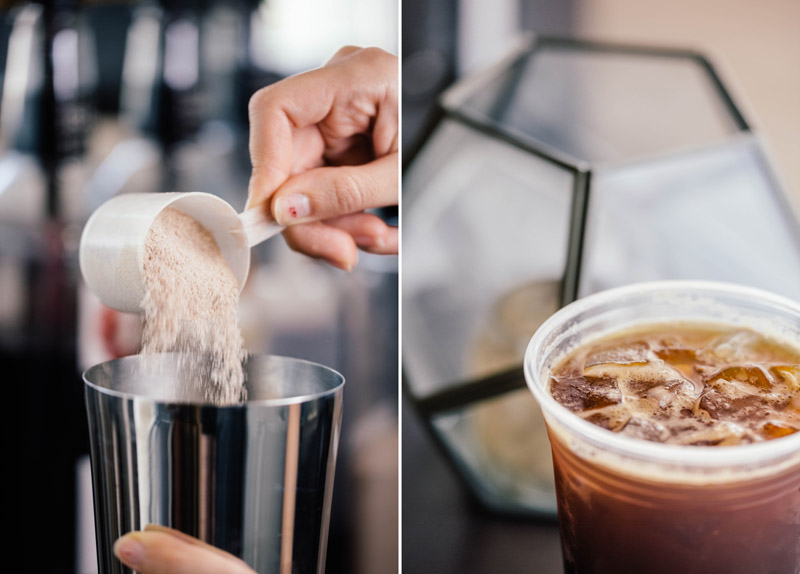 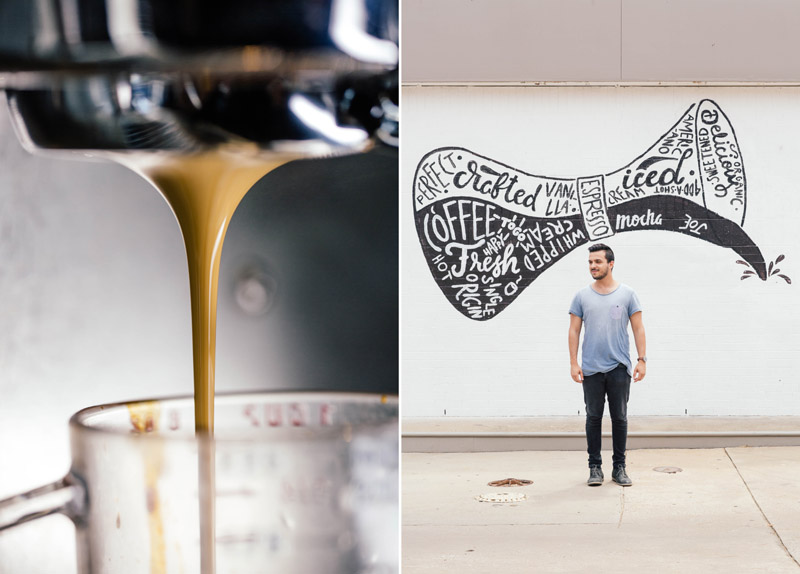 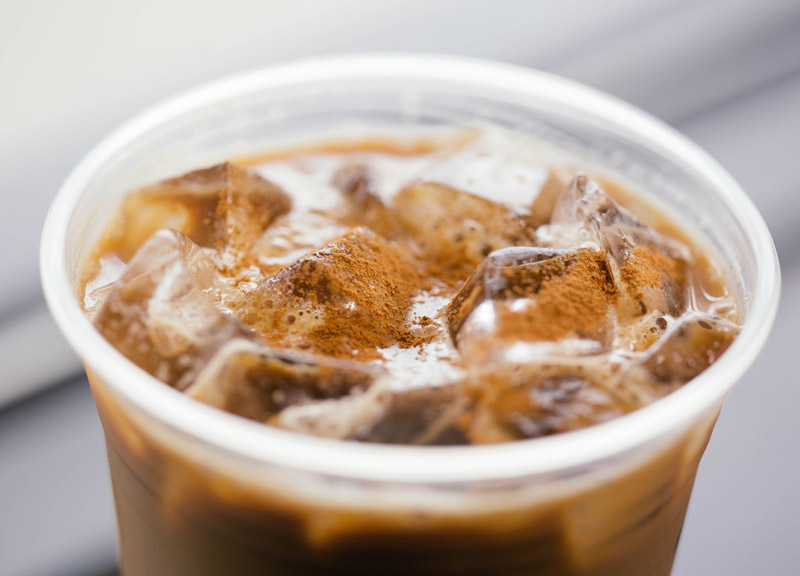 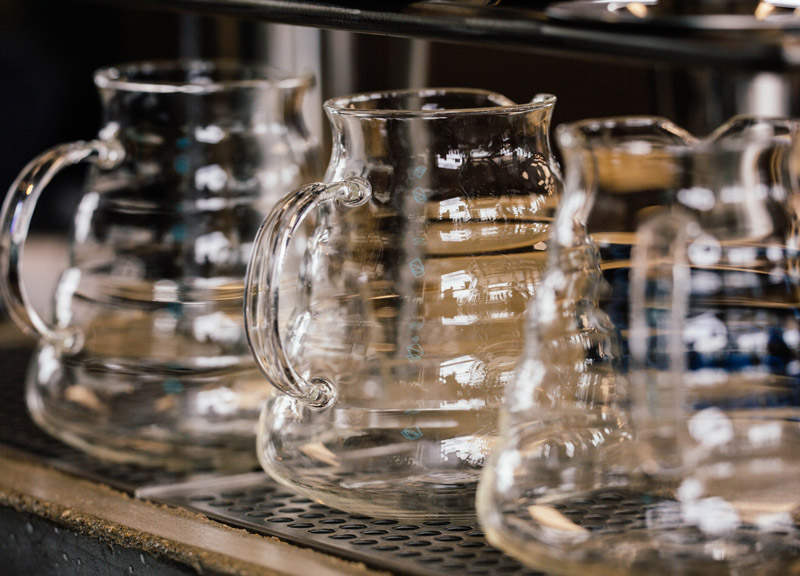 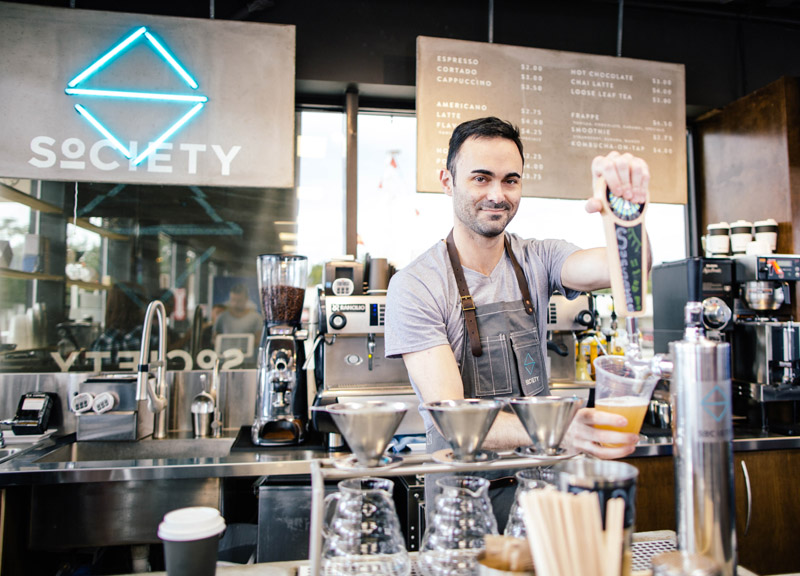 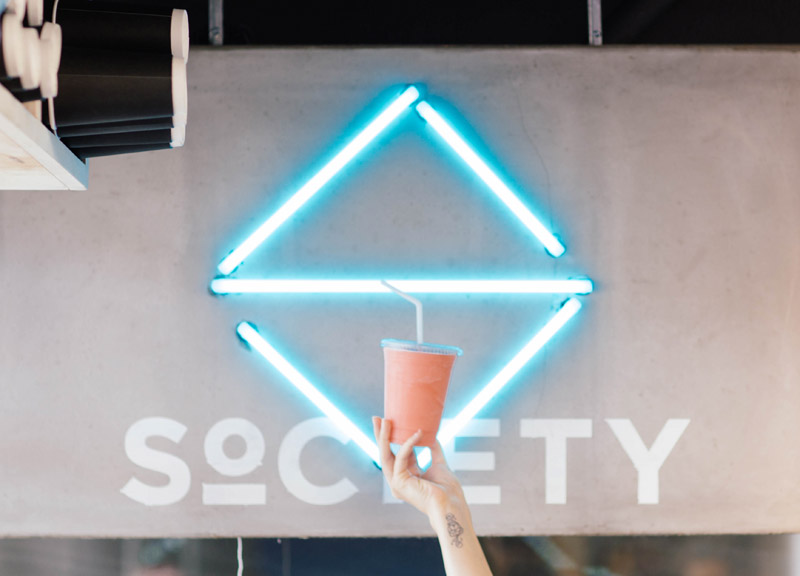 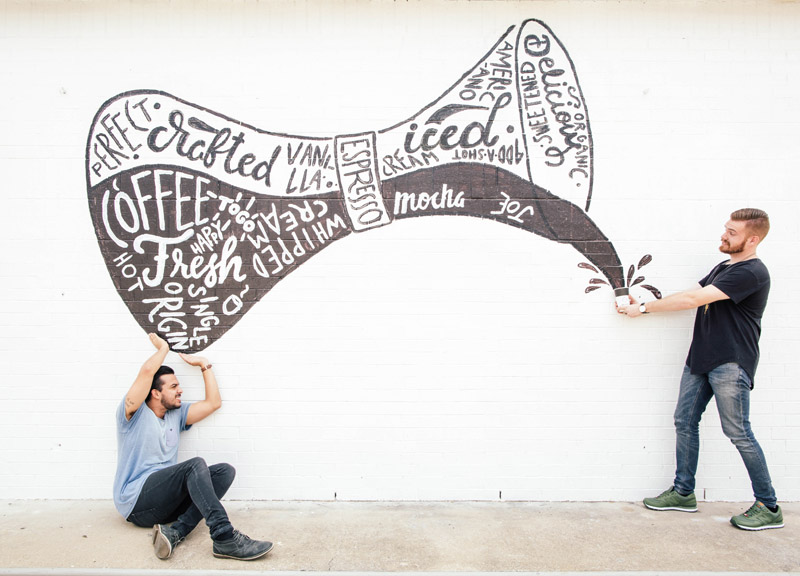 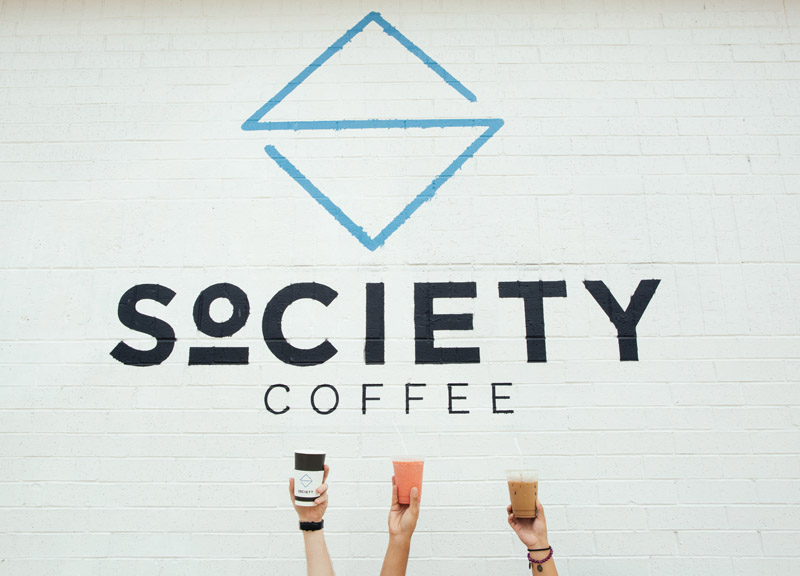 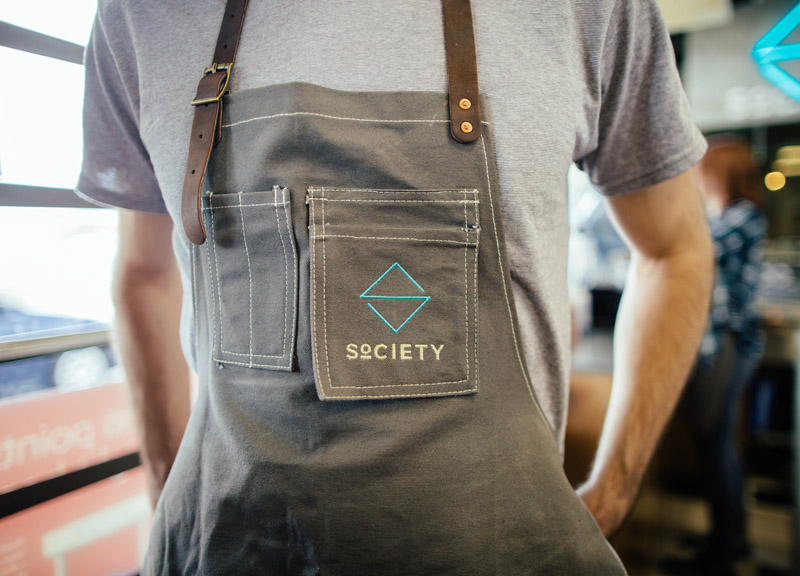 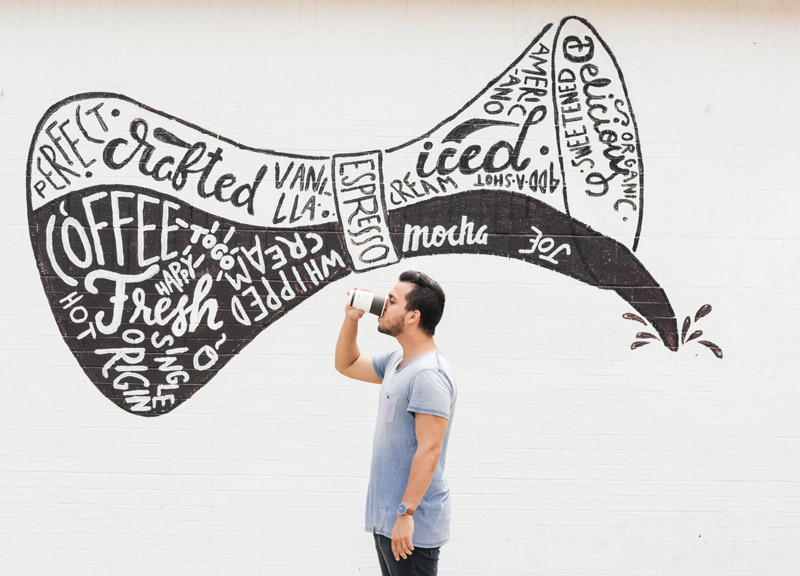