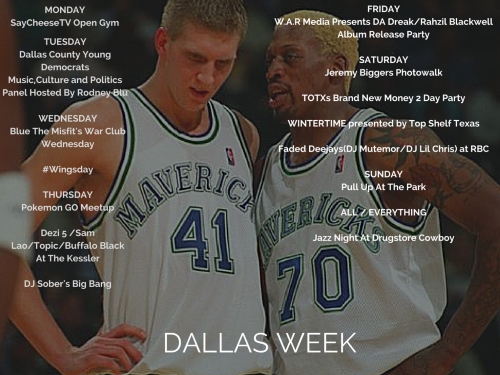 #DallasWeek Is Back, Killa MC Drops a New Video and A New Two-Day EDM Fest Is Coming.

It’s hot as balls out, which means folks have been spending slightly less time outdoors, and a tad more time indoors planning the large-scale events we’ll all be relieved to attend once the cooler months roll back around. In plainer English, it’s time for another festival update.

Coincidentally, those two days will overlap with a couple of the three-day So What?! Fall Edition, which will take over six venues in Deep Ellum that weekend. More info on that one, including performers and ticket links can be found here.

Further out, Denton’s Thin Line festival announced a couple of changes for its 2017 edition. For one, the documentary film and music festival will move from its usual February timeframe to the weekend of April 19 through 23. Also, unlike in the nine previous years of the fest’s run, it’ll be totally free to attend.

In the meantime, we’ll continue to beat the heat by staying indoors and binge-watching things off our Netflix cue. To be fair, a lot of folks are doing that right now, thanks to the buzzy new Stranger Things. Everybody’s been talking about it, and Dallas dudes responsible for its score. To wit, those dudes — aka Kyle Dixon and Michael Stein — recently caught up with Rolling Stone to talk about their score, as well as the upcoming analog synth record from their now Austin-based band Survive, that’ll be released via Relapse in September.

On the real, though, there are plenty of folks that are getting out of the house these days. And the upcoming second annual hashtag Dallas Week will give them several more reasons to keep doing so. Peep the teaser flyer below, and stay tuned for more info on a week’s worth of Dallas hip-hop happenings at RBC, Drugstore Cowboy, The Kessler and several others starting this coming Monday.

Speaking of the Dallas hip-hop scene, photographer (and former Central Track contributor) Mariah Tyler has put together a photo book chronicling the scene from 2012 through 2014. The 90-page paperback book includes more than 74 color photos and 16 pages of text from fellow former CT contributor Rodney “Burning Bridges” Blu. Only 300 copies of the book will be printed, and they can be secured by contributing to Tyler’s Kickstarter campaign.

Also, ahead of his album release party at Spinster this Friday, 88 Killa premiered a new music video via hypefresh. The track, called “Boomerang,” defies anyone to sleep on it.

Similarly, to promote his August 19 album release show, Jonas Martin put together a “mixtape” for Magnet magazine. In response to the recent tragedies in Dallas, Martin’s selection of songs, from Stevie Wonder to Bob Dylan, Mos Def and Randy Newman address racial injustices.

Finally, Fort Worth country singer Justin Mason joins the likes of Toadies, Mothership and Jessie Frye with the release of his own alcoholic beverage, in this case, a new wine from the Grapevine-based Sloan & Williams. 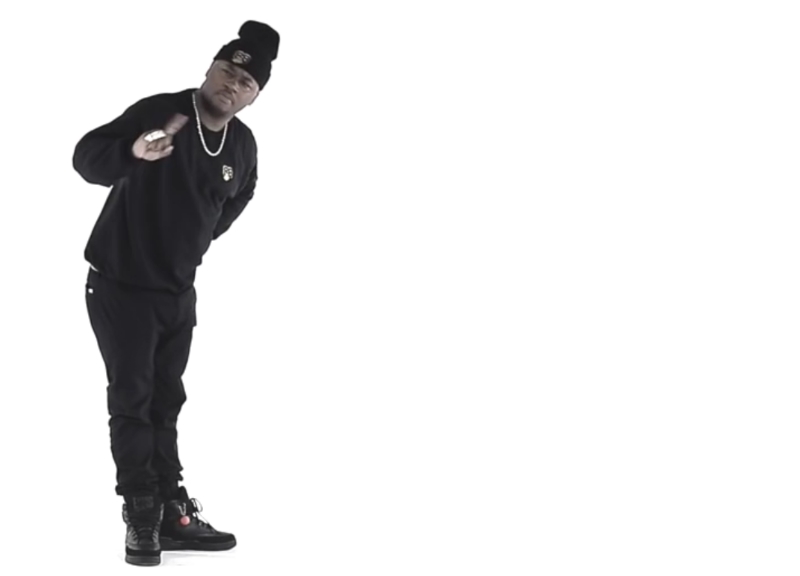