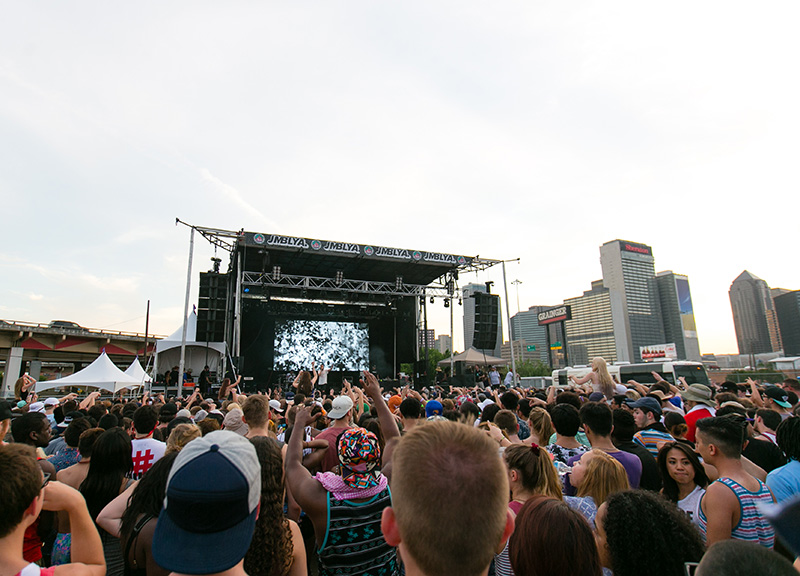 Pharrell Readies His SOLUNA Piece, Billy Bob's Kills Smoking And JMBLYA Is For The Children.

In the several months since it was announced, much has been written about how choreographer Jonah Bokaer, scenographer Daniel Arsham and composer Pharrell Williams will premiere their interdisciplinary work for eight dancers at the Winspear Opera House later this month as part of the SOLUNA International Music & Arts Festival, an event that is well-warranted for a first-of-its-kind work. All along, the ageless Pharrell has even declared that the trio has invented an entirely new medium with the piece.

But to what end? Last week, the Wall Street Journal entered the “lab” with the gents as they were putting the final touches on the Rules of the Game score, giving us the best idea yet of what to expect when the piece makes its world premiere on the 17th. Based on Luigi Pirandello's play Six Characters in Search of an Author, the team says the work “explores the relationship between authors, characters and the actors who portray those characters.”

Another of the several interesting notes in the article is the fact that Rules of the Game's “sweeping score” is being arranged for the Dallas Symphony Orchestra by David Campbell, who not only has worked on over 450 gold and platinum albums, but also happens to be the father of rock musician Beck.

Speaking of big events: Lights All Night announced also last week that it will return for its seventh annual run and second turn at Dallas Market Hall. No acts have been named for the two-day New Year's Eve EDM festival, but early bird tickets for the December 30 and 31 party went on sale here this past Friday.

In other fest news, this year's JMBLYA — which, head's up, is takes place next Friday, May 13, at Fair Park — is doing some pretty cool community outreach. The event's organizer, ScoreMore Shows will engage 300 area high school and college students, giving them “the opportunity to explore potential career paths through direct engagement with professionals in the arts and entertainment industry.” And that's just the beginning. Some free tickets to the fest have been donated to local schools to be used as “incentives for students who show academic and behavioral improvement across Dallas ISD.” Finally, a select handful students will participate in a summer program with the goal of throwing a live music event of their own in Fair Park later this fall.

Moving on, Consequence of Sound recently put out a list of what it considers are the 100 greatest American music venues. Coming in at No. 86 on the list was The Bomb Factory, while sister spot Trees' undying Nirvana moment helped land it the No. 61 spot. No other local venues made the list.

One notable absence there was Fort Worth's Billy Bob's, which, in an effort to make the “world's largest honky-tonk” great again, is going smoke-free and banning cigarettes within its walls starting this past Sunday. In a letter to customers, they explain their reasoning:

“As you've most likely already heard, beginning May 1, 2016, we will no longer allow any form of smoking inside of Billy Bob's Texas. Smoking is currently offered in only half of the club so we're just moving the ban to the full venue. Smoking has long been allowed at Billy Bob's Texas and we apologize for any inconvenience to our smoking patrons. We have constructed an easily accessible smoker's patio for your use. Smokers won't need to deal with the hassle of re-entry in order to use the patio, we encourage you to go and try it. The patio is just one of the many changes currently underway.”

Speaking of the end of an era, it's looking like Dallas internet/HD radio station Indie-verse could be going away at any moment. Per a social media post from DJ Nico Martini, the plug was supposed to be pulled on Sunday. For whatever reason, though, the station was still streaming online at the time of this writing, even playing one of Astronautalis' new singles when we tuned in. Alas, we're not sure how much longer that will be the case.

On his Facebook page, Martini posted: “RIP Indieverse. It's been a good run. If you're a fan, just know that the station is going away any moment… It's been a good run. I'm going to miss it.” We've reached out for further comment and will pass along word once a clearer picture of what's going on comes into focus.

Meanwhile, a handful of acts released new music videos this week. Let's take a look at some of those why don't we?

First up is one from Ronnie Heart, which premiered in Impose. With regard to the record's title, Heart told the site: “The title you(r) mine falls into two categories: sensuality & inspiration. First, I have a deep urge to win you over with musical pleasure — therefore I'm your pleasure man — therefore, you're mine baby. ðŸ˜‰”

Like Heart's most recently released material, Blessed Isles has been also prepping/sitting on stuff for a good five years or so. The Brooklyn-based band is made up of ex-pat vocalist and guitarist Aaron Closson (The Hourly Radio) and native Dallas multi-instrumentalist Nolan Thies (Little Black Dress). The duo's debut LP, Straining Hard Against the Strength of Night, is finally slated for release later this year. Ahead of that, check out the video for the band's “Caroline” single below.

Also promoting an upcoming album is Dallas producer/emcee EB Rebel, who takes on police brutality with her new “Don't Care” single. Co-produced by X, the Misfit and accompanied by visuals from Jeremy Biggers, the video is the first taste from her upcoming EP Trance on May 16.

Then, there's the new video from The Roomsounds, which finds the band singing a song about Dallas at FAME Studios in Muscle Shoals, Alabama.

Also on the small screen this week is Maren Morris, who made her national television debut in recent days, playing 2015 CT fave “My Church” on Good Morning America. The song will also appear on her debut full-length, Hero, which drops June 3.

Elsewhere this week: Hand Drawn Records announced the release of its fifth comp; Dreamy Sounds is putting out its third Group Therapy comp; and Senor Fin is a band once more and is currently in the studio working on new material.

JMBLYA cover photo by Mikel Galicia. Got a tip for White Noise? Email us!