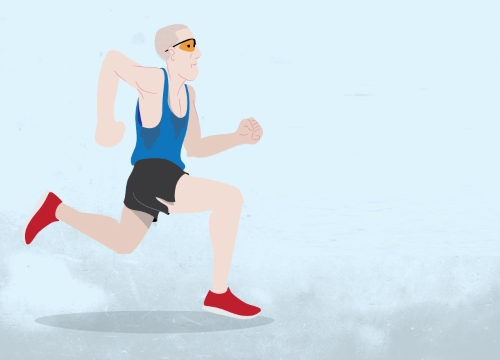 If you plan on using the Katy Trail, make sure to bring your gallon of mace or just go out there strapped like good ole boy Dick Perry — because, yes, right on cue, the Katy Trail is dangerous again.

Since Thursday, there have been five — count ’em, five — armed robberies along the trail.

Per the local NBC affiliate’s report here are the specifics of the robberies:

Pretty frightening stuff. But, y’know, if history is any indicator, kinda par for the Katy Trail course.

See Also: Trail Blazers. // The Five Types of People You See On The Katy Trail.

Now, let’s be clear: We don’t point this out to victim-blame; we simply want to remind people that this kind of stuff happens at the Katy Trail, and that it’s maybe time something got done about it.

It’s certainly a puzzling thing: The trail, which guides Dallasites through Turtle Creek and Oak Lawn neighborhoods and touches Downtown Dallas, doesn’t cut through what’s normally perceived as dangerous parts of town. And yet there’s something of an extended history of incidents on the trail just the same.

Last year, for instance, a woman was assaulted and robbed while walking along the trail in October.

In 2013, a Dallas man was sentenced to 25 years in prison for committing three aggravated robberies on the Katy Trail in 2012. During one of those robberies the man, according to testimony, shoved a woman to the ground while pointing gun at another’s head and robbing them both.

One of the most gruesome acts of violence that happened on the Trail occurred in 2007 while a woman was biking. Two minors brutally assaulted her and allegedly laughed while they kicked her like a dog. Just gross.

After the latest string of robberies, all of which have come in the last week or so, police say their presence will increase in the area. And so the Katy Trail will again become pretty safe for a bit. Then, when that presence is gradually reduced, there will suddenly be another spike in violence, followed by more articles about how the trail isn’t safe and then another increase in police presence.