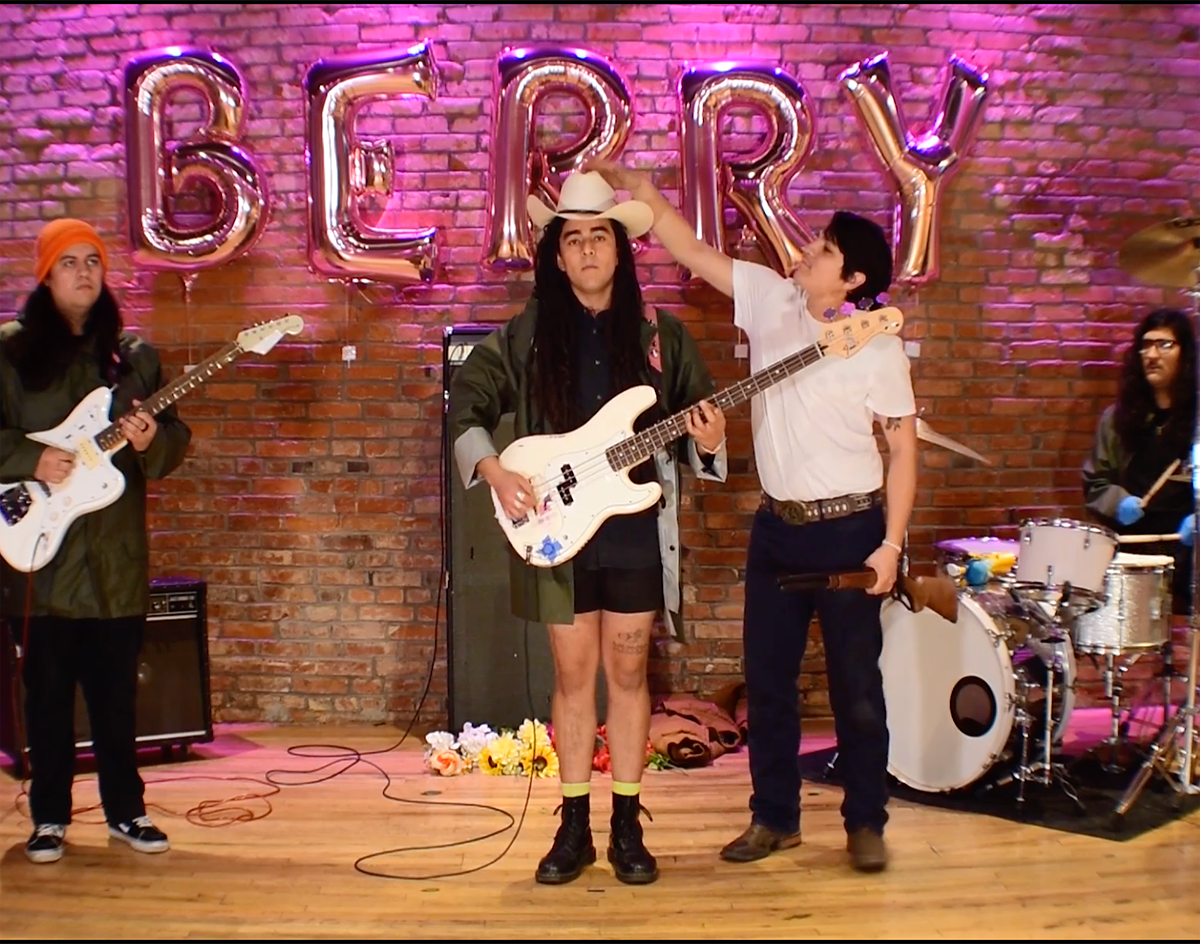 Sub-Sahara – “Berry”
RIYL: “Friday I’m In Love,” not only because of its similar sound, but also because it is, in fact, Friday and we love this video.
What Else You Should Know: Sub-Sahara originally released “Berry” on Valentine’s Day of last year. Now, nearly a year later the punk trio is sealing the envelope of the lyrical love letter with its first-ever music video.

The video (filmed by Carlos Rosales), was shot in one continuous take that finds the Sub-Sahara boys under a glow of fuchsia lighting, standing in front of rose gold balloon letters spelled out in the song’s name as they perform with impassive energy. Soon enough, different people trickle into the frame to snap photos, unplug the band’s gear and try their best to engage them in playful antics.

“In a way, [it was] inspired by the video for “Best Friend” by The Drums,” vocalist/bassist Aarón Mireles says. “And the concept of having people doing different things around us just came to me one day.”

Musically, “Berry” deviates from the more boisterous sound we’ve come to know from Sub-Sahara and instead gives heart eyes to more post-punk sensibilities. It’s also deceivingly sad, which is most notable as Mireles sings of a love lost with lyrics like “But I was so naive to see that you were never here/And now it’s time to leave/This wasn’t meant to be.”

“In a way it was intentional to make it an upbeat song with very sad lyrics,” he says.

The video follows that same intent as it creates a juxtaposition through Sub-Sahara’s stoic demeanor met with nearly a dozen spirited friends  — you might catch a few familiar faces if you look close enough.

“It is a visual mirror to the song,” Mireles says. “On one end you have us looking pretty deadpan and monotone while our surroundings are cheerful and colorful. It sort of gives you a perspective of both aspects of the song.”

Ultimately, though, the video concludes with a bustle of confetti, dancing and silly string as the band finally succumbs to the room’s charm with smiles. It’s hard not to join them in doing the same by the end of this video.