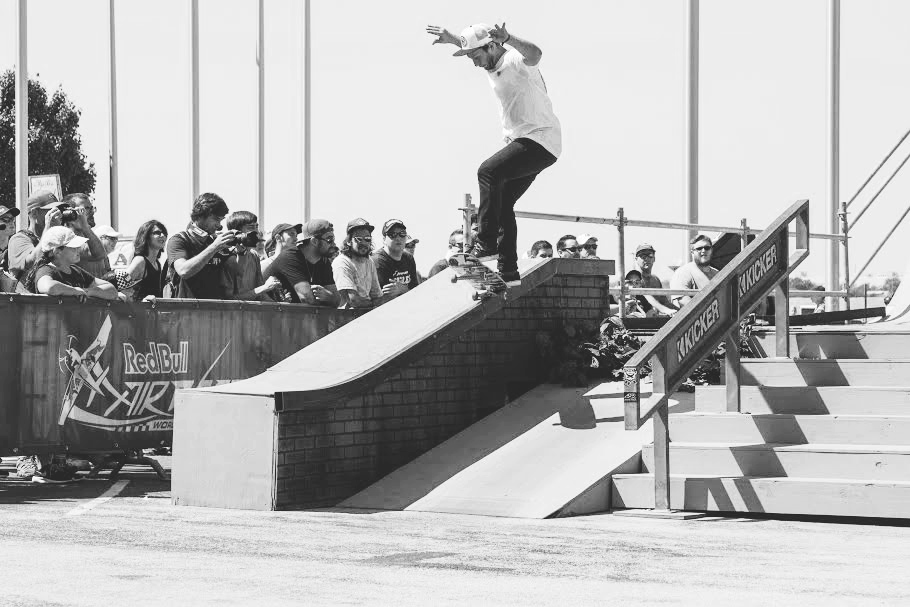 Looking Ahead To This Weekend’s D-Town Throwdown Skateboarding Event In Downtown Dallas.

Last month, you may recall, we told you all about the bigger-and-badder return of Dallas’ once-annual D-Town Throwdown skateboarding extravaganza — an all-day, free-to-attend skateboarding celebration that, in addition to an on-site beer garden, a slate of food trucks and a series of live music performances (Sam Lao! Blue, The Misfit! Krash Rover! The Unlikely Candidates!), will feature motocross demos and skateboarding competitions across multiple disciplines (vert ramp, street course and downhill racing) on this Saturday, October 17.

Basically, there’s a lot going on at this thing — so much so that the scope of it all might be a little tough to immediately comprehend.

But, hey, that’s what we’re here for — or, well, what the below series of videos are for, really. So let’s yield the floor to those clips, which come courtesy of our pals at Action Park Alliance, which you may recall from their demo at the Neon Indian show as part of the ongoing Red Bull Sound Select Series from earlier this month.

They’ll help you understand what we’re dealing with here. Give em a watch. Then keep scrolling for the event map and event schedule.

Street preview. Rob “5 Star” Cahill teases the street course competition and waxes a little nostalgic about his favorite memories from competitions past.

Vert preview. Dallas skate icon Mike Crum talks the vert competition and what makes this year’s free event in the middle of Downtown such a treat as compared to other Dallas-hosted affairs in the past.

Downhill preview. Dallas longboard crew the Bomb Squad shows off the downhill course — located inside of a parking garage that their team’s been secretly skating for years — and riffs on why the prize payouts at this year’s event are such a treat.

Location walk-through. Action Park Alliance’s Mark Laue takes a look at the new venue and a grander look at all the offerings at this year’s event — including the over-street jump that will end the downhill garage race.

Event walk-through. Action Park Alliance’s Victor Nelson talks about how the move from the American Airlines Center to the intersection of Field and San Jacinto — right out in the middle of Downtown Dallas — should change the scope of this year’s event.

SkaterBIRD Trophy backstory. Brad Oldham and Christy Coltrin of Brad Oldham Sculpture share how they became inspired to come up with their SkaterBIRD statue, which will now also serve as the trophy for this year’s D-Town Throwdown.

Cover photo via D-Town Throwdown’s Facebook page. Head here to see some of the confirmed participants at this year’s event. Head here for any and all other information.
No more articles