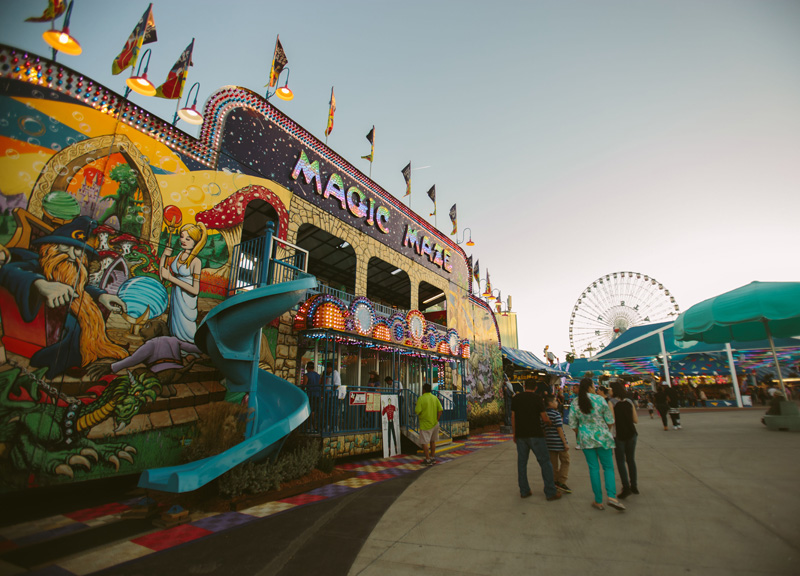 Talking A Crazy September, Whether The State Fair Is Worth The Bother and Sports.

Welcome to the This Is Dallas podcast, where our weekly focus is the City of Dallas and all interesting things happening around it. Wanna subscribe to it on iTunes? You can do so right here. Also, peep the archives here.

It's been a long while — too long! — since professional radio talker Mike Marshall and I sat down and did the damn thing with our once-weekly, Dallas-focused podcast. But, no, we're not dead just yet.

And good thing because shit went down while we were out. Opening up this new episode, we talk about all those things that we missed, from the Donald Trump rally at the American Airlines Center and Ahmed Mohamed's not-a-bomb clock to district attorney Susan Hawk's leave of absence and various music and beer festival happenings.

From there, we also talk the State Fair of Texas — and, specifically, whether someone who has managed to avoid the fair for eight years now would find any point in attending. Then, to close things out on this week's episode, we talk the many goings-on in the Dallas sports world, including the Texas Rangers' playoff run, the Dallas Cowboys quarterback woes and what the hell is going on with Southern Methodist University's NCAA infractions.

You'll also hear the following queries:
• Is Cinnamon Toast Crunch the best cereal?
• How far can branding take a shitty brewery?
• Are Ferris wheels even fun?
• Does social media have too much of an influence over modern-day news coverage?
• What's an invention, really?
• Drake: Yay or nay?
• When will I drop my debut mixtape, now tentatively called Reluctantly Turnt?

Oh, and we check out new jams from the Toadies, Erykah Badu and A.Dd+. Check it out.