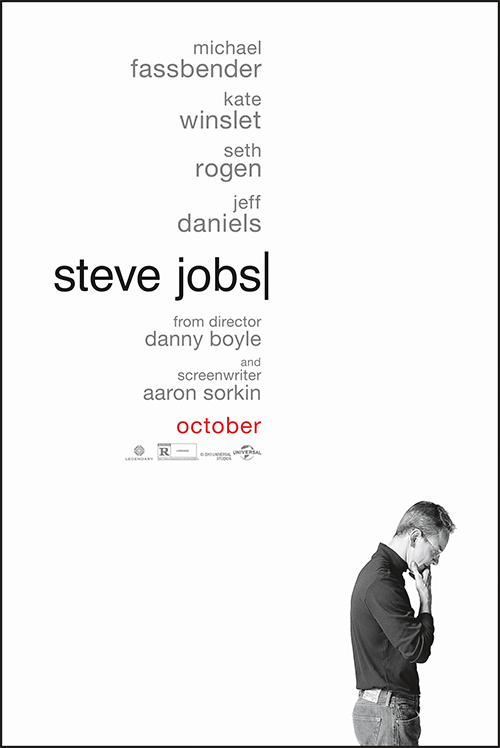 Want A Free Pair Of Passes To An Advance Screening of Steve Jobs On Monday Night? They're Yours

In the world of news, there's a real danger in becoming obsessed with being first.

Sure, there are of course perks that come with winning the first-to-post race — link shares and pageviews, mostly — but there are also spoils. For instance, the story could still be unfolding, and key information could still be some time away from coming to light. Also, most any nuance or art to the dissemination of information is cast aside. Yes, it's an almost complete truth at this point that the first story on a subject is pretty rarely the best.

Seems the same is true out Hollywood way, too.

Take, for example, the 2013 movie Jobs, starring Ashton Kutcher as the late, iconic Steve Jobs. It actually had a decent cast — Josh Gad, J.K. Simmons, Matthew Modine, Dermot Mulroney, Lukas Haas and James Woods, to name a few — but, in the race to be the first to tell the life story of the legendary Apple co-founder in biopic form, the Joshua Michael Stern-directed film ended up a bigger flop than the Apple III. Today, it sits with a 27 percent favorability rating on Rotten Tomatoes.

I suppose it's a good thing, then, that another Hollywood team also working on a Steve Jobs project decided to take its time in putting together its package. Set to earn its wide release next Friday, October 16, this version — called Steve Jobs — just looks better in most every possible way. Directed by Danny Boyle (Trainspotting, 28 Days Later, Slumdog Millionaire), written by Aaron Sorkin (A Few Good Men, The Social Network, Moneyball) and starring Michael Fassbender, Kate Winslet, Seth Rogen and Jeff Daniels, this version tells the tale of Jobs' complicated life through the unveiling of three separate Apple products from across the iconoclast's career.

Check out the trailer below.

Looks pretty cool, right? Well, this is cool, too: We're presenting a free-to-attend advance screening of the film at 8 p.m. on Monday, October 12, at the AMC NorthPark 15.

There's no purchase necessary. No contest this time around, either. If you want to attend, just head right here to download your pass.

Then plan on getting to the theater about an hour before the showing starts. If you show up any later, you'll run the risk of the theater filling up, as these passes do not guarantee admission; they simply get you in if there's enough room. Likewise, you will not be admitted into the screening if you attempt to show up following its start. Oh, and since this one is rated R, you gotta be at least 17 to attend this one, unless you're accompanied by a parent.