Things To Do On Tuesday, February 14. 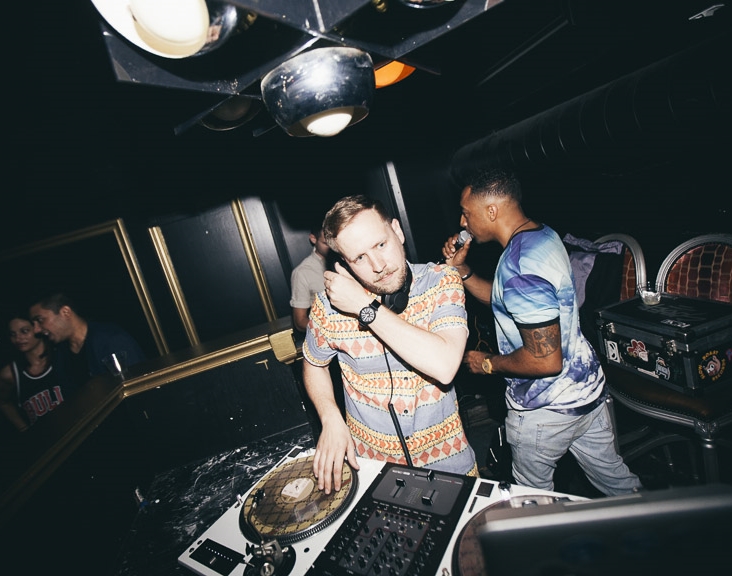 Got a neighbor whose barking dog is driving you up the wall? Here are some tips to get it to stop.

If all else fails, you can always try the avoidance technique, where you leave the house for the night, spending time far out of earshot from the darn mutt. Oh yeah, and since it’s Valentine’s Day and all, you’ll probably want to do that anyway. — Cory Graves

Sober’s Satin Sheets Party at It’ll Do Club
Tonight, DJ Sober is holding a party for the sixth iteration of his Satin Sheets mixes, which are basically sexy tunes for the sexy lovers. Expect minimal dancing and maximum grinding. — Stephen Young

Neil deGrasse Tyson at Winspear Opera House (Sold Out)
If astrophysicists are your cup of tea, allow yourself to succumb to the gravitational pull of the sexiest one alive today at the Winspear, where he’ll touch on the wonders of the universe. — Chrissi Chetwood

Cloud Nine by Candlelight at Reunion Tower
The highest buffet in town, lit by candles and the twinkle of the city far down below. — CG

*This show has been rescheduled for March 5.

Valentine’s Day Double Feature at Granada Theater
If tradition is your thing, take your lover over to Ricki Derek’s performance of Rat Pack-era songs, which will be followed by a screening of Casablanca. It doesn’t get much classier than that, folks. Plus, Ricki’s been doing his V-Day thing for almost as long as you’ve been together. — Allie Williamson

Valentine’s Day Freak-A-Thon at Dada
Get your freak on with Sealion, The Nude Party, Party Static and Sub-Sahara. — CG

Adam Ant at Majestic Theatre
On this tour – which comes just weeks after the passing of his longtime music director/guitarist Tom Edwards – the New Wave king is playing 1980’s Kings of the Wild Frontier LP track-by-track. The album and its performer have both aged rather well from what we hear. — CG

The Umbrellas of Cherbourg at Texas Theatre
Before La La Land, there was this 1964 French/German musical, which largely inspired the song-and-dance-filled Technicolor dream. — CG

My Bloody Valentine at Alamo Drafthouse (Richardson)
The italics mean everything here. That is, before you get your hopes too high, just note that this event is a screening of the 1981 Canadian slasher film and not a performance from the Irish shoegaze act of the same name. For what it’s worth, Quentin Tarantino has cited the film as one of his favorites — unlike members of the band who’ve claimed at various times to have never heard of the film until well after they were a thing. — CG

Spiderweb Salon Loves You at The Wild Detectives
A romantic evening of art and performances spanning from poetry to music, zines and others. — CG

Come ‘n Hide at HIDE
Valentine’s and anti-Valentine’s alike are invited to party at the most high-tech new cocktail bar in Ellum. Jade & Clover, Jack Mason and DJ Blake Ward will be there, too. — CG

Cover photo by Jonathan Stafford. To find out what else is going on today, this week and beyond, check out our event directory.