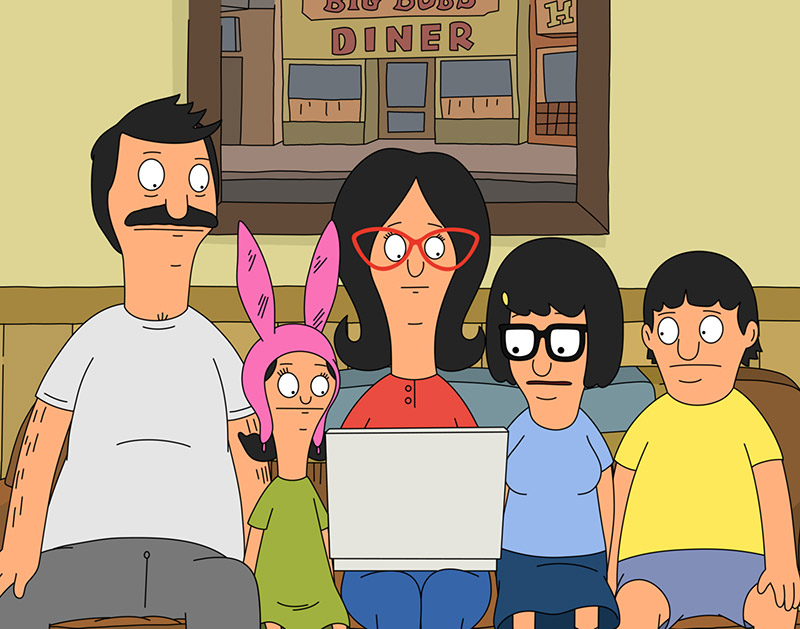 We live in a golden age for animated TV comedies and for cosplaying, so perhaps it’s no surprise that people are actively seeking out ways to combine celebrations of these two easily related things in interesting ways — like, say, in the form of last October’s Rick & Morty-themed art show and celebration at the Fort Worth location of Barcadia, which brought visual artists and cosplayers alike for a night of getting riggety-riggety wrecked, son.

That event, as our recap showed, was a very good time — and it was so successful, in fact, that the people who threw that affair are back at it again this month, albeit with a different show being honored this time around. On Sunday, February 26, Barcadia Fort Worth will host “A Good Manchego Is Hard To Find!,” an event being billed as an “extra cheesy” celebration of FOX’s Bob’s Burgers.

Following the same model set forth by the Rick & Morty-themed ““Night Of 1000 Ricks!….and Morty,” this affair will feature the Bob’s Burgers-inspired works of some 18 visual artists displayed around the bar, along with music from DJ collective Pop Boy Etc, costume contests and raffle prizes. As you might expect, it will also feature hamburgers.

Anyway, as we already said, the last one was a good time, so we expect this one to be too. But, mostly, we’re just writing about it now as an excuse to share what we believe stands as the single funniest standalone scene in modern TV history, in which Belcher family patriarch Bob teaches his feminist icon daughter Tina how to drive for the very first time.

Alright! See y’all out in the Fort on the 26th.