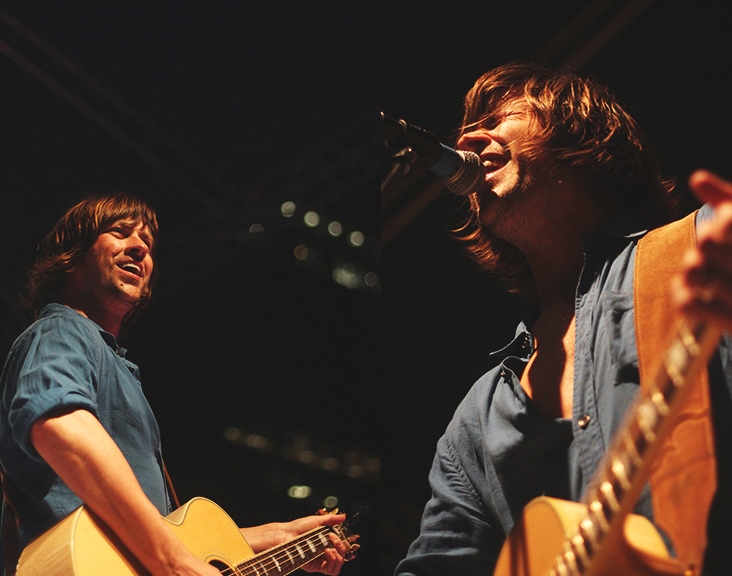 Nobody is more ready to ring in the freakin’ weekend than the star of this new drunken lizard meme. Nobody.

Except for maybe you, but only after you’ve read the following list and gotten yourself all mentally prepared for what’s ahead these next three days. — Cory Graves

NOFX at Gas Monkey Live
Fat Mike and Co. are older now, but not much more mature. That’s to their benefit. The band’s latest disc sounds just as delightfully sophomoric and irreverent as ever, whether the band’s singing about crossdressing or slightly more important topics like big pharma. — CG

Brewer’s Ball at Omni Dallas
In addition to NTX Beer Week’s third annual fancy schmancy cornerstone event inside the Omni, there’ll be a more accessible lawn party out front featuring the guys from The Ticket. — CG

Fetish and Fantasy at Dallas Eagle
Didn’t get enough fetish play out of your system at The Church last weekend? Here’s another auction and sideshow for you. Whip it good. — CG

Jay Clipp Birthday Bash at Sandaga 813
Helping Clipp celebrate another spin around the sun will be 9th Wonder, DJ Cuzzin B, Rob Vik and DJ Face. And the world just keeps on spinnin’. — CG

Wiz Khalifa, D.R.A.M. at The Bomb Factory
Bring plenty of green, be it broccoli or the good stuff, to this show which, in comparison to the places like Gexa where Wiz typically performs when he rolls through, is pretty intimate. — CG

Legends of Southern Hip-Hop in Dallas at Verizon Theatre
Shake your ass as Mystikal, Juvenile, 8Ball & MJG, Trick Daddy, Bun B and Scarface show what they’re still working with. — CG

Vice Palace Presents: The End at Dada
The former roving music venue shuts it down after this one last blowout with Badtwin, Cygnus, Def Rain, Felt & Fur, Jake Schrock and Psychic Killers. — CG

Jim Breuer at House of Blues
Though he was born with a face that just kind of looks perpetually stoned, SNL alumn Jim Breuer insists he no longer gets high. And while he doesn’t distance from past roles like Bryan the stoner from Half Baked — he cringes, sure, but they made him who he is today — the comedian’s now found God, and makes his spiritual journey a big part of his set these days. — CG

Warpaint at Trees
No matter where you see Warpaint, know this: You will wait. The band’s soundchecks and set changes are interminable, to which audiences can certainly attest. It’s mostly understandable; the California quartet’s arrangements are exacting, so it makes sense that these players expect a bunch from their equipment. But that wait weighs a ton. By the time the band starts its set, you’ve already over-thought the whole thing. There’s this voice in your head saying, “I should like Warpaint.” And, at first, you’re prone to agree with yourself. The band has an immensely talented rhythm section, just the right amount of “Who gives a fuck?” in its stage demeanor and a smoky aesthetic that lends itself well to the best of what the band is trying to do. And yet, the band is, somehow, less than the sum of its parts. — Stephen Young

Mike Ryan at Billy Bob’s
Fort Worth-based Texas country outfit the Mike Ryan Band are currently working on a third record. It currently doesn’t have a release date, but it does have a fancy new lead single. “New Hometown,” a song about leaving town because everywhere you look reminds you of your ex, was co-written with Chris DuBois and Brent Anderson, who were also behind Chris Janson‘s No. 1 single, “Buy Me A Boat.” And that song was fucking massive this summer. — CG

Beef Jerky and Beer Pairing at TUPPs Brewery
Meat? Good. Beer? Good. Washing down one with the other? Good. — CG

”Mortified” at Dallas Comedy House
This Friday and Saturday, Lol Tolhurst, founding drummer for The Cure, will participate in Dallas Comedy House‘s Mortified show, reading from his new autobiography. Additionally, on Saturday afternoon, Tolhurst will be at Bill’s Records signing copies of the book. — CG

LMB Art Glass Grand Opening Party
The Design District’s newest shop sells modern art glass. It opens this weekend. It’ll still be open next weekend, too, sure, but there won’t be any free hors d’oeuvres or drinks. Just sayin’. — CG

Amy Schumer at Choctaw Casino and Resort
If the hottest comedian in the game doesn’t come all the way to your town, you get in the car and meet her halfway. And once you cross the border you can gamble, too. Perks, y’know? — CG

Cedars Open Studios Tour
For the 14th year in a row, a diverse lot of artists open their studios for you to walk and gawk through. — CG

DAMN XX at RBC
Damn, Dallas! Back at it again with the ambient music nights – the 20th one to be exact. — CG

TruTV Impractical Jokers’ “Santiago Sent Us” Tour at Verizon Theatre
The Tenderloins, aka the comedy troupe whose members goad each other into hidden camera pranks on TruTV’s Impractical Jokers will be on the stage, doing stand-up and showing never-before-aired clips from their show. — CG

Grand Opening at Est. 1914
Oak Cliffs newest vintage shop opens its doors this weekend. Get over there before it gets picked through and all the good stuff’s gone. — CG

Mac Miller at The Bomb Factory
Mac Miller is an unlikely rap star. I mean, he’s just some white dude from Pittsburgh. But don’t judge a book, man. Miller’s third studio album, GO:OD AM, received a ton of critical acclaim, and rightfully so as it’s pretty damn fantastic. Miller’s flow is confident and crisp, and the production is the perfect balance of new and old.— H. Drew Blackburn

Eastside Taco Ride at The Lot
You’d ride your bike a lot more if you knew there’d be tacos. But that’s not this ride’s sole purpose, as they’ll be stopping and buying food to donate to The Stewpot on the way, too. — CG

CF Concert Series at Gas Monkey Live
At Rhett Miller’s second solo acoustic gig of the weekend, he’ll be joined by singer-songwriter buddies Roger Clyne, Cody Canada, Nikki Lane, The O’s and Gordon Keith. And, for the 10th straight year, all the cash raised will go to help finding a cure for Cystic Fibrosis. — CG

Panic, Le Cure at Hat Tricks
Bummed you bought Morrissey tickets for his show earlier this week and, in true Morrissey fashion, he pulled a total Morrissey and cancelled last minute? Welp, bring your stub and get in to see this Morrissey/The Smiths cover band for free. They’ll even throw in a set by a Cure tribute for your troubles. — CG

Dance Yourself Clean at Trees
The touring indie dance party rolls through. And, yes, there’ll be plenty of LCD Soundsystem. — CG

Ringo Deathstarr at Sundown
Not into Marc Broussard’s bayou soul next door on the big stage? Ringo Deathstarr’s got the loud droning thing covered at the restaurant next door. — CG

Lewis Black at WinStar World Casino and Resort
You better believe the perennially angry, socialist comedian will have plenty to yell about now that a man he once called “a Third World despot” during a nationally televised bit has been elected president of this soon-to-be-great-again country. — CG

Etsy Dallas Jingle Ball at Gilley’s
Homemade goods that you can touch and take home without paying extra for shipping. — CG

Monty Python & the Holy Grail at Majestic Theatre
Before the real life human versions of John Cleese and Eric Idle appear live on this same stage on December 1, their filmed likenesses will appear on a screen at the venue, in Medieval garb, yelling things like “It’s only a flesh wound” and “I fart in your general direction.” — CG

Sad Vacation: The Last Days of Sid and Nancy at Texas Theatre
Director Danny Garcia follows up his well-received Johnny Thunders and The Clash docs with a Sid and Nancy doc. Per the bio: “It is a film that is dedicated to presenting the real facts; told as it happened by their friends and those who witnessed it. A film about the dynamics of Sid and Nancy’s tumultuous relationship, and how it all ended in Room 100 of the Chelsea Hotel.” — CG

The Starck Chronicles at The Church
The music that moved a generation. — CG

Baptist Generals at Twilite Lounge (Free)
Chis Flemmons and Co. do their thing for free. — CG

Daniella Mason at Cambridge Room
This synth-popper is proof that more than just good country and garage rock comes from Nashville these days. — CG

Pentatonix at American Airlines Center
The Arlington a capella group steps onto the biggest stage in town this week, filling that sucker up with their voices but zero instruments. — CG
Ramon Ayala y Sus Bravos Del Norte at Billy Bob’s
Move over Weird Al, the real King of the Accordion is a conjunto player – and he’s recorded about 100 albums more than you have, too. Dios mio! — CG

Buffalo Chili Cook-Off at Truck Yard
Five kinds of chili and three kinds of beer. And a vote that won’t leave a bad taste in your mouth. — CG

#HappyPeriod Party Dallas at The Meet Shop OC
Feminine products ain’t cheap. So in the holiday spirit, they’re accepting donations of that type of stuff here, which they’ll provide to the homeless. — CG