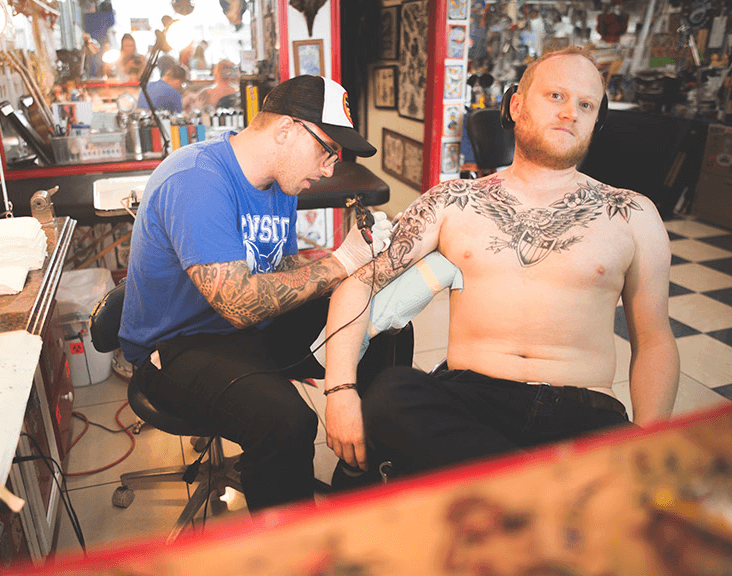 It’s 2017, aka the future, which means we now have things like smart trash cans that can create grocery lists for you automatically based on all the stuff it knows you’re throwing out. A tad creepy, but pretty cool, and a real time-saver, too.

And then there’s things like Central Track, which automatically (as far as you know) creates lists of all the relevant happenings around town for you based on stuff we think you’ll like. It’s not creepy at all, and it’s a pretty good time-saver to boot.

Monday (1.9)
Natural Born Killers at Alamo Drafthouse (Cedars)
The media made them superstars.

New Math Mondays at Off the Record
With Cool Out’s Tony Schwa.

Girls Night Out Presents: The Show at Andy’s Bar
A male revue.

The Devil Makes Three at Granada Theater
Stomp and smash.

Matthew Logan Vasquez at Dan’s Silverleaf
He’s got spirit, yes he does.

Friday (1.13)
DdFW Master of the Mic Finals at Dada
The best freestyler in town will be crowned.

Elm St. Tease at Three Links
Take it off.

Art, Beats & Lyrics at Gilley’s
When the music hits you feel no pain.

Shadowland by Pilobolus at Dallas City Performance Hall
A fusion of shadow, theater and dance.

Legacy Fighting Alliance 1 at The Bomb Factory
Peterson vs. Higo.

The Dirty River Boys, Troy Cartwright at Granada Theater
Get busted up.

Saturday (1.14)
Wayne Hancock at The Live Oak
Celebrating the release of his latest album.

Borgeous at Lizard Lounge
Ride it.

Wade Bowen at Billy Bob’s
Hold my beer and watch this.

HEBOCON at The Nines
The robot contest for the technically ungifted.

Kim Nall & The Fringe (Album Release) at Dan’s Silverleaf
Lay your vision down.

NFC Divisional Round Playoffs at AT&T Stadium
We dem boyz.

Cover image by Lauren Rushing. To find out what else is going on today, this week and beyond, check out our event directory.