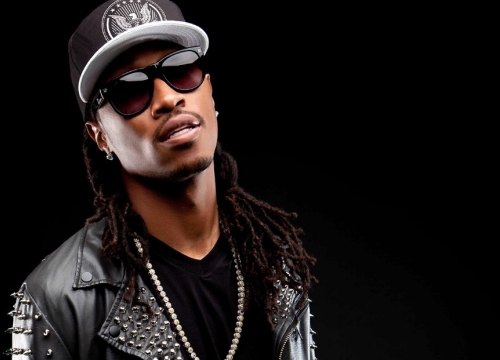 According to new research, “between 2009 and 2014, there were an estimated 17,968 emergency room visits for foreign bodies stuck in a rectum.” Furthermore, 60 percent of those foreign bodies were not sex toys.

Even better, one man collected, cataloged and illustrated every one of these cases, and posted them online for all the world to enjoy.

Similarly — though having nothing to do with butthole emergencies — we've collected and cataloged all of the most worthy events from the coming week. OK, so not the same thing at all, but still pretty cool in its own right.

Monday (3.7)
Smut Without Smut: Bat P***y and Her Super Friendz at Alamo Drafthouse (Richardson)
Only one will claim the night.

Freakwater at Kessler Theater
What the people want.

Tuesday (3.8)
Fetty Wap, Post Malone at House of Blues (Sold Out)
I be in the kitchen cooking pies with my baby

The Art of Compassion with Swami Sarveshananda at Crow Collection of Asian Art (Free)
Become a positive contributor to society.

Wednesday (3.9)
Joe Satriani at Majestic Theatre
Surf with the alien.

“The Erykah Badu Tribute” at The Prophet Bar
Hmm…

The Eastern Sea at Double Wide
Something sweet.

Thursday (3.10)
The Sklarr Brothers at Hyena's (Plano)
With shows at Hyena's Fort Worth and Dallas locations on Friday and Saturday.

Cool Cats in a Blender at Kettle Art
An artist potluck/mixer.

The Trishas at Kessler Theater
Mothers of invention.

Atreyu at The Rail Club
I will not die easily. I am a warrior!

Oliver Heldens at The Bomb Factory
The right song.

Tribute to The Beatles at Meyerson Symphony Center
Your mother should know.

The Room at The Inwood
With Tommy Wiseau in-person.

35 Denton
With Tacocat and more.

Future at South Side Ballroom
What a time to be alive.

The Mavericks at House of Blues
The band.

Saturday (3.12)
Emily Kinney at The Live Oak
AKA Beth from The Walking Dead.

Madea on the Run at Verizon Theatre
New Madea.

Mini A-Kon 9 at Lakeland Plaza
How 'bout a little anime?

The Roomsounds at Three Links
Celebrating the release of their latest album.

The Rocket Summer at The Prophet Bar
Do you feel?

Thelma & the Sleaze at The Foundry (Free)
They ain't ur baby.

Jared's Epic Nerf Gun Battle at AT&T Stadium
One for the record books.

Polica at The Loft
Lay your cards out.

Hello Kitty Cafe Truck at The Shops at Willow Bend
Fun fact: she's not a cat.

Paletas y Bicicletas at Lake Cliff Park
Get on your bikes and ride.

Dubs by the Bridge at Trinity Groves
No, you take a hike.

Metalachi at Trees
Go off the rails on un tren loco.

The DJ Whiz T Record Collection Sale at RBC
Over 50 crates to dig through.

Mind Spiders at Double Wide
Celebrating the release of their latest album.