Things To Do This Christmas Weekend. 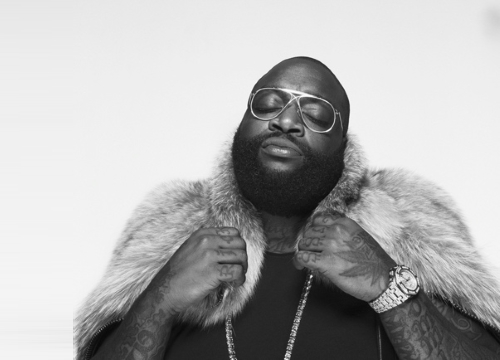 Be Your Own Boss.

Your faithful leader, one President Barack Obama, wishes you and yours a happy non-denomination specific holiday this weekend. And to prove he really means it, he's put together a special holiday playlist just for you.

Though we'd never be brazen enough to think of ourselves as any type of leader, we too still hope your next three days aren't the worst. And, to prove it, we've tracked down every last thing going on this weekend to help keep your good times rolling.

Friday
Charlie Robison at Billy Bob's
Did you just ask yourself, “Didn't he, like, just play last weekend?” The short answer to your query? No. But Robison's brother Bruce did perform at The Kessler with his wife Kelly Willis. For future reference: Bruce is the one that wrote “Travelin' Soldier” for the Dixie Chicks, and Charlie's the one that dueted with Dixie Chicks singer Natalie Maines on “The Wedding Song.” — CG

Falcons at Lizard Lounge
The up-and-coming producer born Michael Graham currently lives in Los Angeles, where he moved after living in Vancouver for a few years. So what's he doing in our neck of the woods on Christmas? His mom lives right here in Dallas. She's a cool mom, too, as she's going to let him skip out and lead this late-night dance party. He's described his live sets as rainforest sounds and 808s made for the club. Alright then. PRIME and No Parents No Rules get things started. — CG

RC & the Gritz at Three Links
The genius and driving force behind the Wednesday Night Jam Sessions, RC Williams, and his band The Gritz sound just as brilliant on Friday nights. The Grammy winners and members of Erykah Badu's backing band are a treat any night of the week. Mike Mitchell and Rache open. — Brandon Mikeal

X-Mas Night at Double Wide
For those that won't be home for Christmas, the Double Wide's throwing a misfits X-mas party with DJs No Dignity and Rico D, who'll be spinning a mix of indie, Brit-pop, new soul and dance. — CG

Saturday
Rick Ross at The Bomb Factory
The Other Boss' latest record, this month's Black Market doesn't quite sound like anything he's released previously, which is pretty refreshing, actually. He credits that fact to a three-week jail stint that forced him to pause, take a break and do nothing but write, which is exactly what he did. Upon his release he said he came out of there with six records written. He hits The Bomb Factory this day after Christmas with Jaio. — CG

Goodnight Ned, Natural Anthem at Double Wide
Since releasing its so-called “fringe folk” debut back in 2012, Dallas' Goodnight Ned has honed its chops with a hefty load of live gigs and refined its sound to include nods to The Band, The Rolling Stones and the fellow harmony-rich retro-rockers Dr. Dog. The band further expanded its sound with its sophomore LP and a couple of lineup shifts which have left them no less fun to catch in a live setting. Dreamy psych rockers Natural Anthem are a must-watch opening act on this bill. — CG

The Casey Donahew Band at Billy Bob's
The Burleson-raised Donahew has been a Texas bar rock staple for going on 13 years now. Even though his band has since become bigger players in the national country scene these past six years or so, they'll still drop a song or two about the Fort Worth Stockyards on you. For that matter, you're likely to hear a countrified version of a classic hip-hop song or two at this one, as well. — CG

Kennedy Jones at Lizard Lounge (Free)
Hailing from the Major Lazer/Bro Safari school of dubstep turned trapstyle, Mad Decent's Kennedy Jones has used his bass-packed dancefloor smashers to become one of the top DJs in the land. — CG

Blood Letters at Three Links
Multigenerational Dallas punk “supergroup” Blood Letters will add some much-needed oomph to your post-holiday hangover. The band features Turner Van Blarcum on the drums, a dude that once punched Kurt Cobain, which lends a note of credibility to the proceedings. No-bullshit rockers Bastard City opens. — CG

Ruby Revue Burlesque at House of Blues
Being nice all year kinda sucks. But if ever there were a day to really get naughty, it'd be the day immediately following Christmas, when Santa's probably nursing a hangover himself, taking a nap or otherwise has 364 days to forget how titillated you got tonight. — CG

Track Meet at RBC
Events from the minds behind the ever-creative and boundary-pushing local DJ collective Track Meet have been few and far between since the crew's de facto leader, Ynfynyt Scroll, fled Dallas for the concrete-ier pastures of New York City earlier this year. But with Ynfynyt Scroll and the rest of his cohorts (AiR DJ, Shooknite and DJ Zone) all back in town for the holidays, this reunion should prove worth the wait. Given RBC's proximity to the Bomb Factory, consider this your official unofficial Rick Ross after-party destination — a designation I'm sure the Track Meet crew couldn't be more pleased about. — PF

Sunday
Unsilent Night at The Bomb Factory
The weather outside is, like, not frightful at all you guys. In fact, it feels more like festival season outside than Christmas. It's always festival season in Dallas. Playing this pop-punk heavy affair will be Motionless in White, Crown The Empire, Upon A Burning Body, Fit For A King, Oh Sleeper, Palisades, I Set My Friends On Fire, Silent Planet, Belle Epoque, White Noise, Left Behind, Unity TX, Light the Fire, A Sudden Revive, Bloodline, The Vanity Affair, The Human Experiment, Skies Have Fallen and Acolyte. — CG

Gilmore Guys Live: A Stars Hollow Town Meeting at Texas Theatre
Ahead of the new four-episode Gilmore Girls arc that'll air on Netflix in the near future, LA podcasters have been re-watching the entire series and coming up with hilarious over-analyzations thereof. To wit, it took them more than a dozen episodes to finally tackle the way too obvious would your rather date Rory or Lorelai question. Their Texas-based parents will make the drive to Dallas to be in the audience for this live taping. — CG

Shakey Graves, T. Hardy Morris at Granada Theater
As much as we've been quick to point out KXT's shortcomings, we're always willing to give them credit where its due. The lineup the local dad rock station has put together for its holiday concert is pretty, pretty excellent. The middle slot, in particular, is the heady selection of T. Hardy Morris, the onetime Dead Confederate and sometimes Diamond Rugs member that was responsible for two of our favorite records this year. We approve. — CG

David Ramirez at Kessler Theater
Are you the type that rolls your eyes at the mere mention of the term “indietronica”? Then you should probably check out Austin's David Ramirez, a guy that makes enough acoustic singer-songwriter musica to last two lifetimes. Matthew Mayfield opens. — CG