Things To Do On Wednesday, May 4. 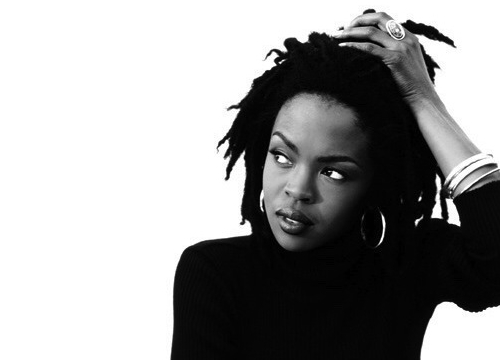 Yesterday, Radiohead dropped a surprise music video and Ted Cruz abruptly ended his presidential campaign. Surprises seem like they’ve been around every corner of late.

You don’t have to get caught off guard by everything, though. Read up, and you’ll at least know what’s going on tonight. — Cory Graves

Ms. Lauryn Hill at The Bomb Factory
In 2008, Lauryn Hill’s husband Rohan Marley made a bold statement about the singer, stating that she had enough material saved up for seven albums. “She writes music in the bathroom, on toilet paper, on the wall. She writes it in the mirror if the mirror smokes up,” Marley claimed. Perhaps if Ms. Hill could figure out a more long-lasting method of saving lyrics, she’d have released more than one studio album in the last 16 years. Maybe, though, she’ll remember a few of these tunes enough to perform them tonight at The Bomb Factory. Of course, those who have purchased tickets to Ms. Hill’s many cancelled shows over the years can probably throw out a few more possible reasons it’s taken so long to release a new record. — CG

Stephen Dubner at Winspear Opera House
Economics is bullshit. It’s complicated and constantly changing and a lot of people think it’s destroying the country. That’s where Stephen Dubner comes in. He is the author of the book Freakonomics as well as the host of Freakonomics Radio, where he explains just how economics works in an entertaining and informative fashion. He’ll be there with commentator and radio host Faith Salie to discuss with the audience ideas, thoughts, and stories for profitable thinking. — Paul Wedding

Bar Politics: Law Enforcement Edition at Absinthe Lounge
Law enforcement has been a hot-button issue sweeping America for a couple years now, and it’s going to take a lot of work to come up with a solution that will fix it. That definitely won’t happen tonight, but the guys behind bar politics (read: Dallas’ own live version of The Daily Show) are going to try their hardest to spread some knowledge on the issues while keeping it entertaining. — PW

May the 4th Be With You at Symmetry 6 Fine Art Studio
Have you ever noticed how the word “forth” kinda sounds like “fourth?” It’s as good as an excuse as any for most folks, it seems, to celebrate Star Wars Day. Over at Fort Worth’s Symmetry 6 Fine Art tattoo studio they’ll be marking the occasion with $40 Star Wars tattoos and a movie marathon. Not too shabby for a made up holiday. — CG

Daft Phunk, Depeshi, Dezi 5 at Trees
Prog funk band Earphunk will be donning the moniker of Daft Phunk for the night. The idea behind Daft Phunk is taking the songs of Daft Punk and making them with 100 percent live instrumentation, Alongside them will be Depeshi, a.k.a. Ishi doing Depeche Mode, and Dezi 5 doing a Bowie set. — PW

May the 4th Be With You Crawl at Twilite
Have you ever noticed how the word “forth” kinda sounds like “fourth?” It’s as good as an excuse as any for most folks, it seems, to celebrate Star Wars Day. Down in Deep Ellum, folks are planning on donning Star Wars cosplay and meeting up for Jedi-themed drinks at Twilite before moving on to On Premise, High & Tight, Wits End and Brick & Bones. This is the bar crawl you’re looking for. — CG

Local Education: iill, Aztec Death, +BVTHHOUSE+ at Three Links
True to its name, you can always learn a thing or two from King Camel’s Local Education bookings. Even a guy like me, that considers himself pretty up on the local music scene, gets schooled at these things from time to time. +BVTHHOUSE+? Yeah, I must admit I had to do quite a bit of Googling to figure that one out. Then again, there are worse types of homework — and worse ways to spend a school night. — CG

Luna at Granada Theater
After a 10-year break, Luna reunited last year for a Spanish tour, and is now bringing thigs to the U.S. Luna bassist Britta Phillips (read: the singing voice of Jem) opens with a solo set. — CG

Fanboys at Sundown (Free)
Remember the simpler times when there was only three Star Wars films as opposed to a new one every Christmas? It was a lot more feasible to buy into a plot about some dudes trying to steal a pre-release screener of The Phantom Menace back then. To think they went through all that trouble for the Jar Jar Binks movie. Anyway, you can catch the movie about the movie for free. — CG