End Of An Era. 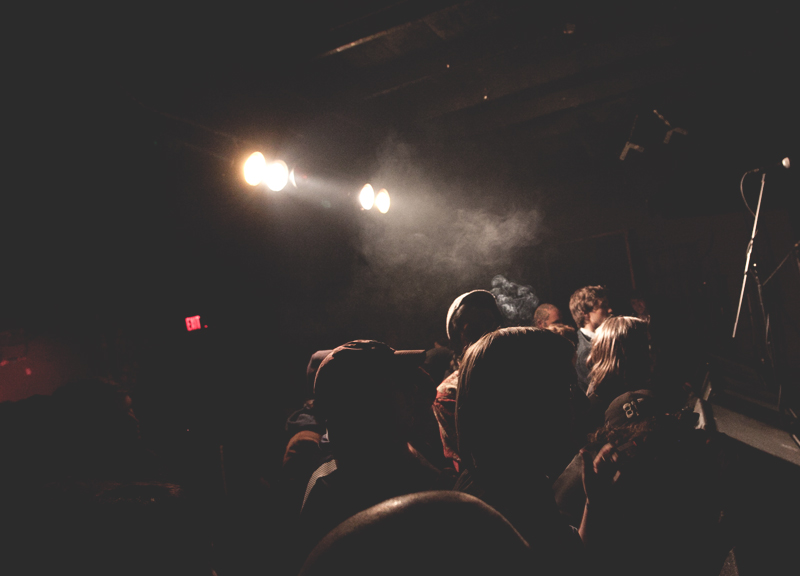 A post this morning from the Facebook page of Denton’s venerable Rubber Gloves Rehearsal Studios announced that the revered music venue and dive bar is set to close next month, with June 5 listed as the current, tentative end-date.

You can read the surprising update, which concedes that the news is “sudden” and promises “some pretty great surprise shows to see us off,” in its entirety below.

There’s no way around it: This is sad news.

Throughout its almost two-decade run, Rubber Gloves had established itself as a space robust with character and as a welcoming home to musicians and music fans of all stripes. Though it was literally located on the wrong side of the tracks in Downtown Denton, the venue, which hosted countless memorable shows over the years and served as a breeding ground for many of Denton’s finest musicians, will be sorely missed within the Denton music scene — especially in light of the post-ownership-change closure of another Denton music institution in Hailey’s late last year.

While the news is now public, Rubber Gloves Rehearsal Studios owner Josh Baish tells Central Track that the announcement follows a closed-doors meeting held at the venue last night, at which point he made the club’s fate known to his staff.

The long and short of the reason behind the closure, Baish explains, is that the club can’t continue to exist in the wake of “personal and financial issues” he’s facing that stem from his ongoing divorce to his ex-wife — something he candidly says he’s not particularly pleased about.

“This is 20 years of my life that’s being taken from me,” he says when reached by phone this morning.

Baish, who also owns the property upon which the club is located, is currently vetting options over how to proceed with that asset, be it through leasing it out or outright selling it. He is certain, however, that he can no longer support the business or the building upon it.

Things had been better lately, though. Baish says February was the club’s best financial month in history — a testament, he says, to the efforts put in by his current management staff of Garrett Gravley, Parker Lawson and Brent Best. Alas, those changes weren’t enough.

“We’ve been working a while to change things from the inside,” Baish says. “We were entering, for lack of a better term, another golden era of Rubber Gloves. But there’s no way around [what’s happening]. We’re going out on top. Hopefully, we’re doing so with our dignity intact.”

One way to ensure that the club indeed goes out on top, Baish says, is to make the most of its final days. At the moment, Baish and his staff are reaching out to the bands with which it has booked shows on the calendar to discuss options, while simultaneously reaching out to “a wishlist of bands [the staff wants] to see” to fill the empty spaces.

“It’s a bit of a free-for-all at this point,” Baish says. “That’s what I told the staff last night. If this is going to happen — and it is — we’re going to go down in flames. We’re going to have a fucking blast.”

We’ll have more news on what that entails, exactly, in the coming days and weeks. Stay tuned.