Things To Do On Wednesday, June 29 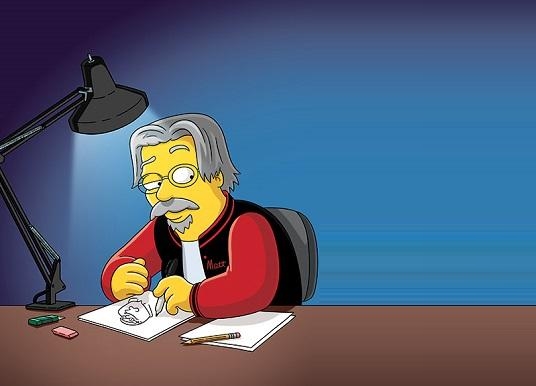 This cockatiel watched too much Game of Thrones, and now it can’t stop whistling the show’s iconic theme song. We feel ya little winged buddy. We watched too much GoT, too, and now we’re bummed it’s going to be so many months before we find out who’ll be sitting on the Iron Throne at the end of the shortened seventh season.

In the meantime, there’s all manner of activities to keep yourself occupied/distracted until those damn dragons return. That is until some birdbrain comes along and whistles the theme song, reminding us how damn long we still have to wait. — Cory Graves

Matt Groening & Lynda Barry at Winspear Opera House
Matt Groening, the creative mind behind The Simpsons, met his kindred spirit, Lynda Barry, while attending Evergreen College. Groening and Barry will convene at the AT&T Performing Arts Center for a conversation about love, hate and comics. This is one of three remaining shows in the Performing Arts Center’s #hearhere series. — Calvin Cashen

Nothing at RBC
Nothing can be seen and heard. I’m not talking about the absence of something, but the abrasive Philly shoegaze group. Parade of Flesh booked Nothing for a gig at RBC this Wednesday, where it’ll play in support of its sophomore record, Tired of Tomorrow. The outfit has amped up its moody and broody sound since debuting on the scene, making this RBC show a must-see. — CC

New Edition at Verizon Theatre
New Edition (aka Bobby Brown plus Bel Biv Devoe) reached its zenith in the ’80s and served as a progenitor for the relentlessly domineering boy band movement. After two breakups and brief stints on BET, New Edition is returning to the stage to flex those old harmonies it’s known for. — CC

New Madrid at Three Links
New Madrid came into fruition like every other band. Through consistent practice and touring, the Athens outfit were able to make its stamp on the indie music circle. The group brings its reverb-soaked indie rock to Three Links this Wednesday. — CC

Quiet Riot at Gas Monkey Bar N’ Grill
Quiet Riot has been kickin’ it in the rock ‘n’ roll scene since the early days of metal back in the ’80s. Though the lineup’s changed a bit since then, it’s still a pretty cool to see ’em live. Opening for the Metal Health band is Rize Above and Hush Money. — Diamond Victoria

The History of the World Part 1 at Alamo Drafthouse (Dallas)
Mel Brooks has a knack for poking fun. He’s parodied everything from Star Wars to spaghetti westerns; and in 1981, he attempted to make fun of human existence entirely. The History of the World Part 1 was the resulting film. Alamo Drafthouse’s upcoming screening is a joint celebration of the film’s 35th anniversary and Brooks’ 90th birthday. — CC

Los Pericos at Trees
That ’80s South American reggae band that was in that one episode of Anthony Bourdain’s No Reservations! — CG