Things To Do On Wednesday, February 10. 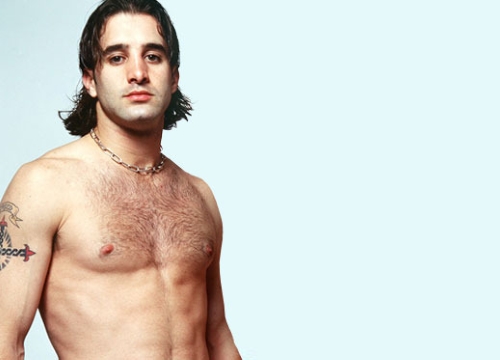 With Chester Bennington deciding to return to Linkin Park full-time, and Scott Weiland kicking the bucket, Stone Temple Pilots finds itself without a frontman at the moment. Rather than using the opportunity to make a graceful exit, the band's instead holding public auditions for anyone willing to post tracks to its website.

There's tons of competition on there already, we'll just let you know, though none of it we've heard so far has been worth a damn at all. So, who knows, you might actually have a shot at this thing. So, if being the Marky Mark character from that Rock Star movie has long been a dream, your evening's tasks are pretty much decided.

For everyone else, whose flies in the Vaseline we aren't, there's still plenty of ways to fill our time as well. — Cory Graves

Scott Stapp at Granada Theater
Scott Stapp was the lead singer of Creed, and one of the innovators of whining/growling into the microphone that plagued shitty soft rock bands from the late '90s. He performs tonight without the benefit of any of that band's potentially redeeming members. For more info on this show, check out this old interview we did with rock music's biggest punchline a couple swims through town ago. — Paul Wedding

Low at Kessler Theater
Low is an indie rock band specializing in slow, minimalist music. They make music that makes you feel feelings, and they're one of the best bands that do it, because they've been doing it for more than 20 years now. — PW

True Stories at Alamo Drafthouse
True Stories is a film directed by Talking Heads singer David Byrne, co-written by Dallas native Stephen Tobolowsky, starring John Goodman and filmed at NorthPark Mall. What else do you really need to hear? If for some reason that isn't enough for you, we can think of a dozen other reasons to check out this special screening. Notably, blues icon Jimmy Wallace, who recorded the band's soundtrack in Sunnyvale, will be there for a Q&A. — PW

Cradle of Filth at House of Blues
Cradle of Filth is a British extreme metal band focused on religious imagery, fast and furious guitars and drums, and throaty lyrics. House of Blues seems like a really inappropriate venue for this. Butcher Babies and Ne Obliviscaris open. — PW

SafetySuit at Trees
SafetySuit's single “Stay” reached No. 1 on VH1's fan-voted Top 20 Countdown, which isn't surprising because the band makes safe, generic pop rock music for the masses. It's not the worst music out there, but it's not necessarily that memorable, either. Connell Cruise and Adam Case open. — PW

Y&T at Gas Monkey Bar N' Grill
Y&T is a hard rock band formed in the '70s that's still carrying on the sound and style of '70s hard rock to this day. The band was a big innovator of what is now considered hard rock, and the biggest bands of the '80s — Motley Crue, Metallica, etc. — were opening for Y&T before they ever made it big. Rize Above opens this time. — PW

The Annual J Dilla Tribute at The Prophet Bar
J DIlla is truly one of the only artists who deserve an annual tribute. His music inspired and touched so many people. He was a true original from his music to his way of life. This night, all will be able to embrace the magic that was J Dilla. RC and The Gritz will performing the best of Dilla's tracks, while DJs Jay Clipp and Izm will be spinning Dilla's tunes as well. In regular Wednesday fashion, there will also be an open mic portion as well, so be sure to give your own personal tribute to the master. — Roberto Aguilar

Champagne & Caviar at Dallas Fish Market
Don't fall for the name, this is an upscale restaurant not an actual fish market. This is a chance to feel fancy for a night and taste some great champagne and try some food from executive chef Richard Tripto. — PW

Moulin Rouge Sing-Along at Alamo Drafthouse
Moulin Rouge is one of the most extravagant musicals to come out last decade. Which isn't surprising, Baz Luhrmann is all about extravagant, as seen in other films of his like The Great Gatsby and Romeo + Juliet. The soundtrack is based upon classic pop and love songs refitted to suit the tone of the film and the result is a fun, affecting film that will stick with you. If you need something to do with your date, this is a pretty good option. — PW