Things To Do On Tuesday, March 22. 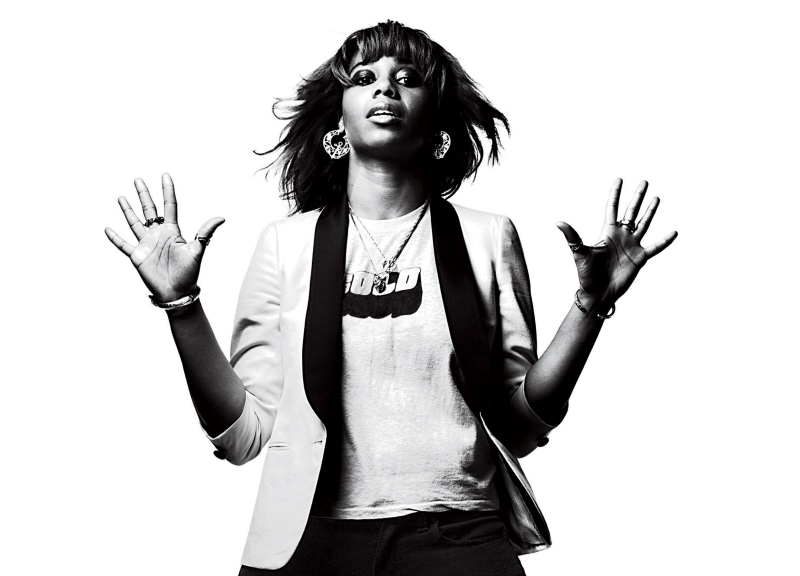 About 100 miles east of Dallas, in Tyler, Texas, someone found fossils from the original Noah's Ark in his yard. Well, at least that's what he believes. So too does the director of the Mt. Blanco Fossil Museum, who sees evolution as an “old-fashioned theory.”

There probably aren't actually 40 million-year-old religious dinosaur fossils laying around anywhere in North Texas, but there are plenty of cool events you can dig tonight.

Santigold at House of Blues
Santigold is an electronic pop artist touring fresh off the heels of her latest album, 99 Cents. Her music manages to do what a lot of pop music can't, sound different. The mix of electronic production and Santigold's unique, raspy singing make for a blissful experience.

Dallas Comedy Festival at Dallas Comedy House
The Dallas Comedy Festival is an annual event showcasing the best of improvisation, sketch comedy and stand-up around Dallas and the country. Over the course of the next five days, this year's headliners will be The Katydids, the creators and stars of the TV Land show Teachers. Also headlining are Ithamar Enriquez, a comedian who has been on several shows including Arrested Develpment and The Office, and Frank Caeti, a comedian who has performed on Mad TV and several other shows. And it all kicks off tonight with a pair of stand-up shows and an impov show.

Godzilla Eats Las Vegas: The Music of Eric Whitacre at Meyerson Symphony Center
If you've ever been in high school band or choir in the last 10 years, you've probably played a song by this guy. Eric Whitacre is a composer famous for beautiful works such as “Sleep” and “October,” and is responsible for the virtual choir project, combining thousands of singers into one video to be viewed by the world. But you can watch it in person.

Annie Hall at The Magnolia
Reminder that his movie beat out Star Wars for Best Picture in 1977.

Autolux at Dada
Autolux is an alternative rock band with electronic and noise influences. The band's about to release its new album, Pussy's Dead next month. Their songs are often slow and brooding, with added layers of build-up through the crisp drum beats, sludgy electronic chords and guitar riffs and the singer's kind of repressed voice blended into the surrounding noise of the music. Eureka The Butcher opens.

Scott Pilgrim vs the World at Alamo Drafthouse (Richardson)
Scott Pilgrim vs. The World is Edgar Wright's tribute to video games, fighting movies, music and the graphic novels of the same name. And it's fucking awesome. The movie has a visual energy unlike most movies out there, a fantastic soundtrack, and it's hilarious. For those that are unaware, the movie is about the eponymous main character attempting to win the love of Ramona Flowers, but to do so, he must defeat her seven evil exes in fights. Imagine a musical, but instead of breaking out into song, they break out into elaborately choreographed fight scenes.

Abdu Ali and :3ION at Black Lodge
This is a pretty diverse line-up if that's what you're looking for. Abdu Ali is a Baltimore rapper that mixes his rapping with experimental electronic noise. :3ION is similar except he mixes electronica with his soul singing, and it's really good, he's an excellent singer. San Cha is opening for them, who somehow combines electronic music with something similar to Spanish folk music. Francine Thirteen, a Dallas electronic artist, opens.