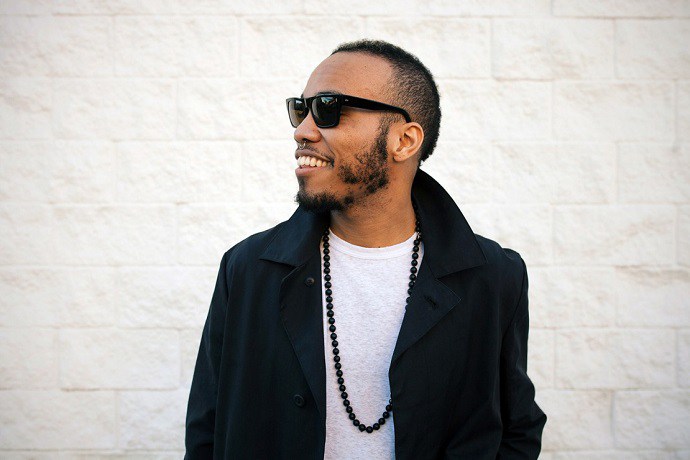 Starting next academic year, Emerson College will begin offering a B.F.A. in comedic arts. That’s right, the minds of tomorrow will have the option of majoring in comedy. Of course, some would argue that a lot of higher education is already a joke, anyway.

What’s not a joke is how stacked this Tuesday night in Dallas is. It’s absolutely jam packed with fun times — no foolin’! — Cory Graves

Anderson .Paak at House of Blues
Paak’s style is reminiscent of Kendrick Lamar’s delivery on To Pimp A Butterfly; smooth, street-savvy and, most of all, unique. The Oxnard, Calivornia-born producer, singer, rapper and drummer has even caught the eye of Dr. Dre. If you’ve yet to hear .Paak, this is the perfect opportunity. — Sidney Johnson

Tokyo Police Club at Trees
Tokyo Police Club? We Were Promised Jetpacks? Some of these band names had to have been produced with a random name generator, right? Still, it’s hard to deny the perennial success of Tokyo Police Club. The Toronto quintet may have the narrow appeal of something instantly familiar (because it is), but damn, those hooks are worth remembering. — Calvin Cashen

Public Meeting: Homeless in East Dallas at Harry Stone Recreation Center
The six-person panel will host this event, along with others in the coming weeks, to inform the public about the issue of homelessness. Attendee’s are encouraged to participate in the discussion as the panel will gather feedback from the community about what needs to be done to combat this problem. — SJ

The Supervillains at Gas Monkey Bar N’ Grill
Since 1998, St. Cloud, Florida’s The Supervillian’s unique blend of punk, ska and reggae has earned the band plenty of attention. This time around it’ll be a crowd of eclectic area concert-goers at Gas Monkey paying them mind. — Evan Henry

Bonnie and Clyde at The Magnolia
Bonnie and Clyde’s is one of the best stories ever told, and one of the best movies to boot. Directed by Arthur Penn in 1967, it stars Warren Beatty as Clyde Barrow and Faye Dunaway as Bonnie Parker. The movie itself was very cutting-edge as far as movie violence and sexuality goes. If you’re a fan of revisionist westerns and/or Dallas history, this is a great film to watch. Plus, it influenced one of Serge Gainsbourg coolest songs. — Roberto Aguilar

The Skid Kid at Alamo Drafthouse (Richardson)
Shot on Super 8, this lo-fi ’90s superhero flick features a hero that scoots around town on his butt thanks to a pair of magic motorcycle boots. — CG

A Very Intimate Acoustic Evening With Pat Benatar & Neil Giraldo at Majestic Theatre
Be you a heartbreaker, a dream-maker or a love-taker, you’ll want to head Downtown tonight. Not only is rock legend Pat Benatar celebrating the 37th anniversary of the song from whence that bit of lyrics came, but also her marriage to guitarist Neil Giraldo, who has written and produced much of Benatar’s catalog over the years. You, um, better run. — CG

Yoga in the Park at Klyde Warren Park (Free)
Any yoga is hot yoga when you do it outdoors in Texas in the summer. This free power vinyasa class also comes with some free Pei Wei samples. — CG