Things To Do On Tuesday, December 30. 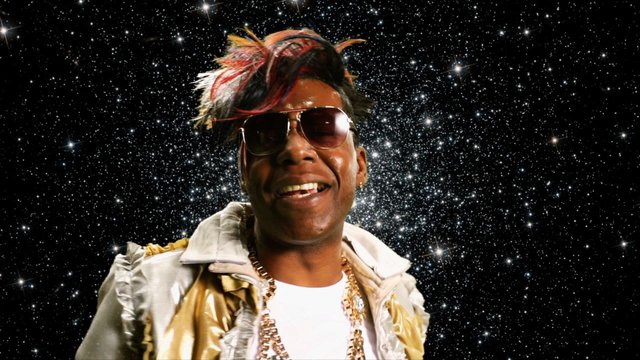 Affluenza Teen Ethan Couch has been captured in Mexico after being on the lam for a few weeks. And get this: The kid who basically got away with murdering four people will only probably get another slap on the wrist after violating probation and then fleeing to Mexico.

Remember, folks: If you want to have a complete disregard for the law, being a rich, white momma's boy is a great place to start.

In other news, here's some shit for you to do tonight.

Big Freedia at Trees
Big Freedia has been been a queen of sorts for years. However, she started out in the church choir, singing and playing piano. Years and years later Freedia would become the Queen of Bounce. Though Miley Cyrus gets a bunch of the credit for the spread of twerking because a certain thing she has in common with Christopher Columbus, Freedia deserves credit for spreading it like wildfire among young urbanites in the late aughts and early double digit years of this century.

Seryn at the Kessler Theater
Some people wanna be big fish in small ponds, which Seryn was at one time. The band was one of the biggest acts in North Texas and garnered some national love from places like Paste magazine and NPR. They've since moved to Nashville hoping for bigger and brighter opportunities. They're back — exactly one year after their send off show at the Kessler — for a little bit of a homecoming. Precocious young guns, the Azalea Project open.

Dooscender at Three Links
You're in for a special treat here, as Casey Hess' current group, Descender covers Casey Hess' old group, '90s stalwarts Doosu. Opening are The Erik Chandler group, and Thelma & the Sleaze, a trio of badass ladies from Nashville that far too few saw blow the roof off this place last time they were through. — Cory Graves

Toadies at Billy Bob's
For the most part, the Toadies are a no frills rock band. It's just about the guitars with some noise and some fun. On New Year's Eve Eve, the band is throwing a show in its hometown of Fort Worth with Goodnight Ned opening. The Toadies will be in support of its album that dropped earlier this year, Heretics.

Brews and Blues at Braindead Brewing
The concept her is simple, Braindead Brewing brings a band in to perform a few sets. You drink craft beer, maybe eat, and have a great time. The band in question is the Trophy Wives, a local blues soul outfit, with a terrible name, but hell, they make good music.