Things To Do On Tuesday, April 5. 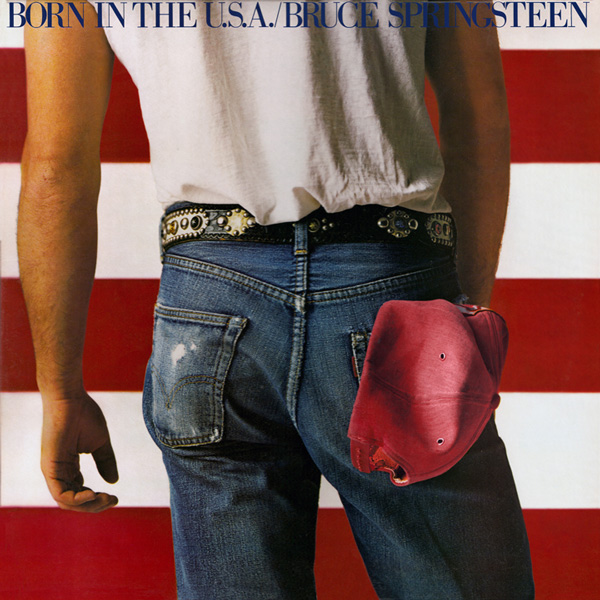 Show Them Who's Boss.

Welp, another Festival of the Steel Phallus has come (no pun intended) and gone. We're guessing you missed it yet again.

No dick-shaped lollipops for you. No bowing at the portable penis shrine for you. And no straddling the giant wooden phalluses for you, either.

Fortunately there is a lot for you to do here at home. Sadly, almost none of it featues the gratuitous use of penis-shaped objects. — Cory Graves

Bruce Springsteen at American Airlines Center
Bruce Springsteen & The E Street Band is coming to town. The Boss, y'all! And Dallas is his only Texas stop on The River Tour. Gosh, aren't you lucky? The plan for these shows is to play all the songs from 1980's The River, to record it and make them available for download a few days after the concert. That's just so Boss. — Roberto Aguilar

Texas Rangers vs Seattle Mariners at Globe Life Park
Martin Perez and the one-hit wonder Rangers look to keep their perfect season alive. But the quest for 2-0 goes through Hisashi Iwakuma and the rest of the division rival Mariners. #nevereverquit — CG

A Special Evening With Martin Short at Meyerson Symphony Center
For their 15th annual A Special Evening fundraiser, LaunchAbility is bringing in SNL alumn Martin Short for a night of music and comedy. The local charity helps adults with cognitive disabilities learn self-reliance and assimilate into the workforce. Once again, wherever there is injustice you will find him, and wherever there is suffering he'll be there. — CG

Kibble and Cocktails at Trinity Groves
For its fifth annual Kibble and Cocktails fundraiser, DFW Rescue Me is bringing in food from Dallas' top restaurants and fancy cocktails to help further loosen up those purse strings. Tickets cost $100, but the full amount goes to help the animal rescue. You can also head here to donate online. — CG

Tuesday Night Trash: Night of the Bloody Apes at Texas Theatre
The original title of the 1969 Mexican language horror film was Horror y sexo, or “Horror and Sex.” There'll be plenty of both in this 1972 English version, with a fair amount of groan-inducing moments, too. — CG

Medium Cool at The Magnolia
Medium Cool is one of those films that takes one political event to expose another aspect of American life accentuated by said political event. Medium Cool examines the infamously violent 1968 Democratic Convention in Chicago, but not to illuminate the protests or the police riot. Rather, to show how America was infatuated with the event on television as a violent spectacle. The movie is directed by Haskell Wexler (Who's Afraid of Virgina Woolf?) and stars Robert Forster and Verna Bloom. — RA

Candlebox at Trees
Highly influential (their words) rockers from the '90s Seattle grunge scene, Candlebox, have a new album coming out later this month. It was produced by a guy that worked on one of the Everclear albums. About the only thing that could save this one is an Orwellian freakout. — CG

TV Girl at Rubber Gloves
TV Girl does what it wants. When its song “If You Want It” debuted in 2010, featuring snippets from Todd Rundgren's “Hello Its Me,” sites were told to take it down due to copyright infringement. The band, however, remained unabashed and decided to publish the song on its EP anyway. What daredevils they are. Go ahead and let their courage and sound inspire you this evening. Children of Pop and Delia Haunt open. — Carly Seitz