Down For The Count? 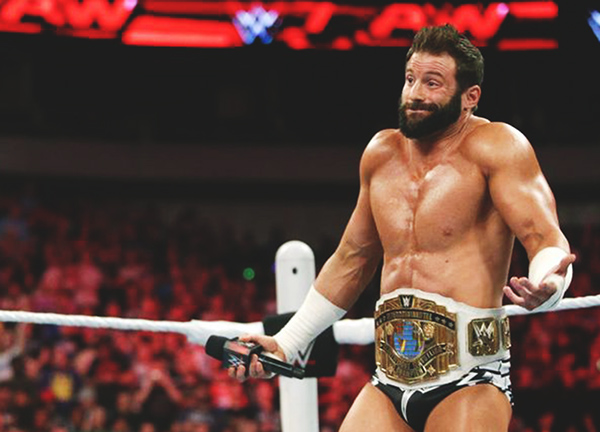 Wrestlemania Weekend Closed Out With A Monday Night Raw That Highlighted The Company’s Issues.

Last night, WWE put on its weekly Monday Night Raw show at the American Airlines Center in Dallas, just one day and a couple miles removed from WrestleMania 32 going down at AT&T Stadium out in Arlington.

No surprise there: The company does this every year to cap off its WrestleMania weekend. And, over the years, this event’s become a pretty massive deal in its own right, as it lets the WWE keep the hot ‘Mania crowd around for their flagship show while they kick off their next big storylines and debut some new wrestlers.

It’s typically one of the most fun shows of the year, really.

But if WrestleMania 32 didn’t exactly live up to expectations, was there any real reason to expect that Raw would go off any better? Maybe! But, no, not really.

See also: Wrestling With Success. // WrestleMania 32 Was A Big Spectacle Bogged Down By Entrance Issues and Underwhelming Match Outcomes.

First of all, the show kicked off with WWE owner Vince McMahon ignoring the fact that he’d pitted The Undertaker against his son Shane at WrestleMania specifically so that his son would lose — as he did — and not gain the control of Raw that Shane was seeking to earn with a win. And yet Vince, just completely disregarding the storylines heading into and out of the previous night, went and decided to let Shane run Monday Night Raw for the night anyway. I suppose it was a neat surprise? Thing is, the show didn’t actually feel very different at all with Shane in charge.

If anything, actually, the show kind of took a downward spiral from there, proving once again that there’s an increasing disconnect between WWE’s directives and the desires of its most die-hard fans.

See also: A Real Stinger. // WWE Honored Wrestling Legends At The AAC On Saturday Night, And One Then Said Goodbye To The Sport.

Following Vince giving Shane the reins — much to the crowd’s excitement, in fairness —
fans were given lower-key retreads of the previous night’s action to kick things off. First, they sat through a rematch of ‘Mania’s The New Day and League of Nations battle and a squash match between Sasha Banks and Summer Rae, with neither face-off able to hold the attention of the audience much at all. In fact, the crowd even started doing the wave at one point in the opening tag match.

After that, Roman Reigns came out once again to the entire arena disliking him — only louder this time because the space is much more enclosed in the AAC than at AT&T –and welcomed to the ring several wrestlers who wanted a title shot after he issued an open challenge. Now, this moment had promise; it was basically a litmus test of who’s the most popular with the fans at this point, with Chris Jericho coming out first, then AJ Styles, then Kevin Owens and finally Sami Zayn, who received the biggest pop of the five wrestlers. After some fighting, it was determined the challengers would have a four-way match to determine the No. 1 contender for the WWE Championship at Extreme Rules, the next PPV event.

Unfortunately, show really fell off the deep end at this point. After winning WrestleMania’s Andre the Giant Memorial Battle Royal through a bit of a fluke, Baron Corbin debuted in a solo match against Dolph Ziggler — and, well, the crowd just didn’t care at all. One audience member actually brought out a beach ball and started tossing it around in the crowd. Eventually, one of the security guards popped the beach ball, leading to boos from most of the audience and several beach ball-related chants. The match eventually ended in a double count-out in front of an indifferent audience.

From there, brief feel-good-story Zack Ryder immediately lost the Intercontinental Championship he won in a ladder match the night before, and The Dudley Boyz’s table match against The Usos was a slow dud that the crowd chanted over — much to the clear disapproval of the Dudleys, although that’s kind of how their characters always act so it’s tough to say how legit that anger was. Could you blame the audience for not giving these wrestlers respect and paying attention? Probably. But, mostly, the blame should fall to WWE for not giving these fans interesting matches in the first place.

See also: Over The Top. // NXT: TakeOver Dallas Lived Up To The Hype And Then Some On Friday Night.

If the night had a saving grace, it was the debuts of NXT superstars Enzo Amore and Big Cass, which followed that Dudley Boyz display and saved the show from being a complete flop with fans. The roof practically came off the building at their introduction, which the crowds knew by heart and were completely captivated by. These two have “it” and could be huge — if WWE lets them be.

The night-closing fatal four-way had its moments too, I concede. First, because Sami Zayn got injured in an earlier segment, he was replaced by the long-gone Cesaro, who returned to massive pop. The match itself was pretty strong, too. AJ Styles won, which the crowd dug. After the broadcast cut off, he stuck around for a while just thanking the fans, too. That was nice to see; Here’s a guy who’s been working outside of WWE for the last 15 years and was finally getting his “moment.”

But even that was a bit weird to digest. Last night and all weekend long, the WWE proved that it knows well what the fans want to see and who they enjoy — but that they just don’t really care. Roman Reigns is still Their Guy. The undercard is still being filled with pointless filler matches that that the audience isn’t interested in.

Sure, the night — and the weekend as a whole, I guess — ended on something a high note with Styles’ win. But the first two hours were such a slog to get through that it’s difficult to look forward to the coming weeks’ stories.

If there’s one clear thing to be gleaned from this weekend’s festivities, it’s that the WWE still has a deep fan base of adults willing to play along with the company’s games. But, conversely, there’s a reason the company’s TV ratings are down. Seems the company would do well to recall an old childhood lesson: You’ve got to engage your playmates and stop acting selfishly at some point, or even your closest friends will eventually find somewhere else to play.