Things To Do On Thursday, March 31. 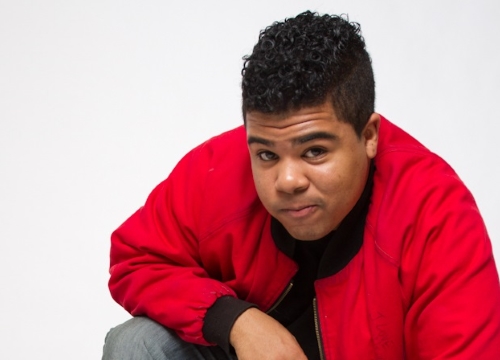 Go Up On A Thursday.

This baseball season — it starts in a few days!! — the MLB has relaxed its ban on computers in the dugouts and bullpens during games. The MLB also partnered with Apple to provide players and coaches with iPads and a special baseball scouting app to help them, well, scout their opponents in real time.

It sounds tricked up if you ask us. But we don’t reckon it’s going away any time this season at the very least. But technology is not all bad. An Internet-connected device of some sort is, after all, how you are reading this right now. So thank you technology for helping scout the evening’s plans. — Cory Graves

ILoveMakonnen at Rockin’ Rodeo
ILoveMakonnen is an Atlanta hip-hop/pop artist famous for his song “Tuesday,” and its remix by Drake. He just released his newest mixtape, Drink More Water, and a new single, “Sellin,” but has yet to recapture the fame he received from his first single. Which is probably why he’s playing Rockin’ Rodeo. — Paul Wedding

Jane Goodall at UTA’s College Park Center (Sold Out)
Jane Goodall has been studying Chimpanzees for five decades now and is on the forefront of environmental conservation. She’s a revolutionary scientist who has spent years in Africa next to primates. She has immeasurable experience that without a doubt provides some amazing stories to share. — PW

Sarah Jaffe, Sam Lao at Granada Theater
Sarah Jaffe has come astronomical miles from where she was eight years ago in Denton. She’s actually been to space lately. Not really, but kind of. She released a video a few days ago of a song she wrote in honor of David Bowie titled “Did David Feel Like This?” It’s very endearing and moving in the way only Jaffe can accomplish. Good friend, Sam Lao joins the show. She’s fresh off her new release SPCTRM, which she made to showcase all that she is and more. — Roberto Aguilar

Jauz at Lizard Lounge
JAUZ is an electronic music producer from Los Angeles. There’s nothing really unique about him, he just kind of makes remixes with a lot of wub sounds. If that’s what you like, cool. You’ll probably enjoy this. — PW

Taste of North Texas at UNT Coliseum
The Taste of North Texas is a collection of 34 local food vendors providing samples of their various food and drink. It is an event being held by the Denton Kiwanis club, who will be giving the funds raised from the tickets at this event to their Children’s clinic. The event features from local restaurants like 940’s and Flatlanders Taco Company. And then there’s going to be food from Wendy’s and Sonic as well for some reason. — PW

Mac Sabbath at The Rail Club
Mac Sabbath is a McDonald’s-themed metal band in the spirit of Black Sabbath, complete with metalized versions of Ronald McDonald, the Hamburglar, and Grimace. Although Grimace was pretty fucking metal to begin with. — PW

Tech N9ne at Gas Monkey Live
Somehow, over the last few years, Tech N9ne, one of the most successful independent rappers ever, has aligned himself with the likes of the Insane Clown Posse and their hyper-loyal juggalo fan base. It makes sense why an artist unaffiliated with the major label system would want to attract a built-in group of fans as wholly-devoted as ICP’s, but, for whatever reason, the so-called juggalo family has embraced Tech N9ne right back. Expect plenty of face paint among the Gas Monkey crowd tonight — more than usual, we mean. — CG

NWA Parade of Champion at Ridglea Theater
Yes, the National Wrestling Associaton still exists, barely. Their yearly WrestleMania show consists mostly of former WWE midcarders, such as Charlie Haas and Rob Conway, as well as forgettable indie wrestlers such as Chase Owens and Jax Dane. There will also be a meet-and-greet beforehand with Jim Cornette and older territory wrestlers like Marc Lowrance and Mike McGuirk. — PW