Things To Do On Thursday, March 24. 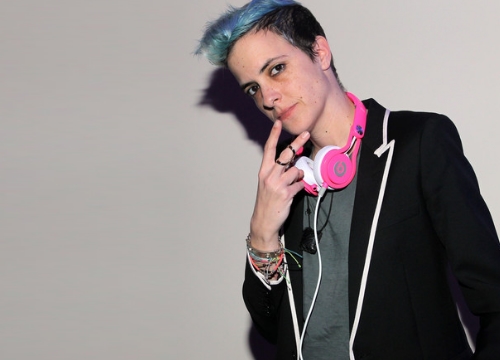 Do What U Want.

Nearly every day since 1997, one man has been leading a quest to convince Pepsi to bring back Josta, its brief foray into the energy drink game before most of us knew what energy drinks were. It'd be more than a decade before we finally rode the bull for the first time.

But Josta was discontinued 20 years ago for a reason, chiefly because it kinda sucks. Even this one big fan of the caffeine overloaded sugar water has barely been able to find 2,000 people online interested in drinking the stuff again. So, yeah, it's pretty farfetched to think Pepsi would ever start making the stuff again.

Less hard to believe is the fact that there will always be a lot going on in North Texas on any given Thursday. I mean, take tonight, for example. You might want to grab a 5-hour Energy and saddle up. — Cory Graves

Mugen Hoso at The Aardvark
Mugen Hoso is a punk band from Tokyo, Japan. But they sound exactly like an American punk band: The drums are hard, the guitar is loud, and you can't understand what the singer is saying. They play the second show of a three-night Metroplex tour in Fort Worth. — Paul Wedding

Astronautalis at Rubber Gloves
If you've missed the last two performances Astronautalis has done in the DFW area over the last week, this is your last chance. And he'll be performing at one of the venues where he first got his start rapping, so that's pretty cool. Bird Petersen and AV The Great open. — PW

Dallas Comedy Festival at Dallas Comedy House
It's the second night of the Dallas Comedy Festival, featuring stand-up from comedians such as Michele Benson, Christian Hughes, Katy Evans and Kevin Yee. There will also be sketch shows from Splash Zone! and Dream Team, and improv from groups including Disappearing, Inc., Cell Block Tango and The Midnight Society. — PW

Mad Tiger at Texas Theatre
Mad Tiger Is a recent documentary covering the story of the “Japanese action comic punk band” Peelander-Z. The film covers the bands fame, and the eventual fallout with Peelanders Blue and Red. It's about more than just this punk band, it's about friendship chasing dreams, and you should check it out before the band plays Rubber Gloves on April 2. — PW

Deep Ellum Comedy Crawl
Unlike the handful of other comedy events around town this weekend, this event is one that doesn't require you purchase tickets or a minimum amount of drinks — or even to hang around in the same venue all night, for that matter. Paul Varghese and friends will start the night out at the Three Links at 8 p.m. and then move things to Twilite Lounge and, finally, Dada, performing short sets at each stop along the way. — CG

Natalia Lafourcade at Trees (Sold Out)
Natalia Lafourcade is a Mexican singer-songwriter who has been writing and performing her own music since she was 16 years old. She's been putting out music since 2003 and has won eight different Latin Grammy awards, as well as winning best Latin Rock Album at the Grammys just a couple months ago. — PW

Star Trek: The Ultimate Voyage at Verizon Theatre
Star Trek has been a major cultural component in America for more than five decades now, and one reason for that other than the excellent writing and groundbreaking casting, is its music. Star Trek has one of the most recognizable theme songs of all time, as well as several other magnificent compositions, and the best of them will be played by a live symphony orchestra. — PW

Tab Benoit at Granada Theater
Benoit's a Cajun boy through and through, and the bluesman's born-on-the-bayou upbringing really comes through in all aspects of his life, from his southern-influenced sound to his lifelong efforts to preserve the swamp lands of his native Louisiana. Charley Crockett opens. — CG

Dallas Ableton User Group's March Meeting at Sam Ash
The Dallas Ableton User Group is bringing in music producer Malex to talk about how he mixes and makes his music using the popular software. He is a Grammy-winning producer who has worked with various artists such as Common, Eminem and Raekwon. There will also be prizes given away as well as Sam Ash Music Gift Cards to all attendees. — PW

Red Pegasus Games & Comics Pop-Up at Alamo Drafthouse
Soothe your disappointment with the new Batman/Superman movie by checking out the games and comics Red Pegaus will have at Alamo during the movie premiere. —PW

Digital University at West End Event Center
The fifth event of its kind, Digital University will feature performances from the likes of Yung Nation, Trill Sammy, Zeke & Zoid, Montie, Boo Boo Blast and loads others spread across two hip-hop rooms and a third, EDM room at this facility. — CG

Samantha Ronson at Citizen
Samantha Ronson is a singer-songwriter and DJ who has spun at events for stars such as Jimmy Kimmel, Stevie Wonder and Jay-Z. She's come out with multiple solo albums as well as produced remixes of other songs. She's the sister of Mark Ronson, the producer of “Uptown Funk,” for whatever that's worth. — PW