Things To Do On Thursday, June 23. 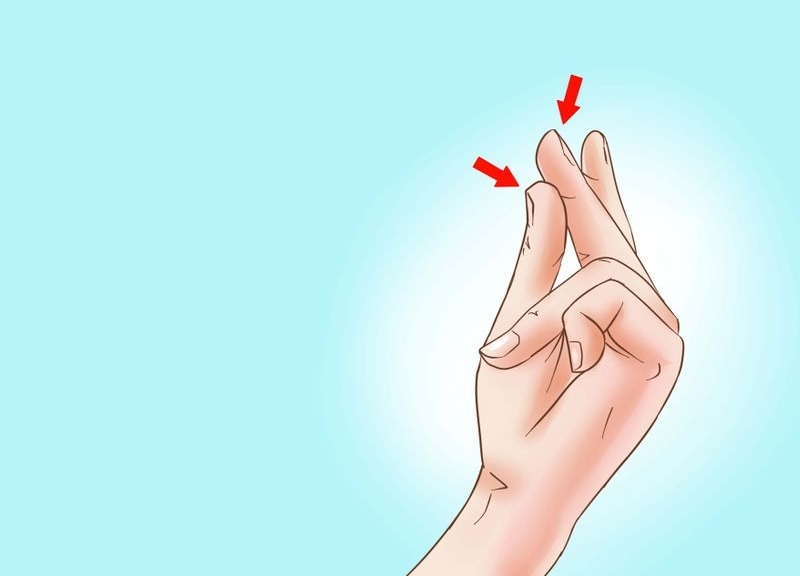 Looking to make your Thursday a little more glamorous? Well, if you lived in Cambodia, you could always just hire someone to make custom-shaped clouds and release them above your party.

Not to rain on your parade, but that’s strictly a Cambodian thing — for now.

On the other hand, if you live in Dallas, you could always just get yourself into one of the following shenanigans. — Cory Graves

Oh Snap! at The Whippersnapper
Central Track and The Whippersnapper are teaming up to present a new variety show concept where everything and anything goes. This first edition features a live power hour performance from 60 Minutes In Heaven, stand-up comedy from Clint Werth and Alex Gasin, live art from DTOX Art, DJ sets from DJ Goody and DJ Dilly, fortune tellers and a few more surprises. No cover. Drink specials all night. Let’s do this. — Pete Freedman

The Smokers Club Tour at Gas Monkey Live
The seventh annual Smokers Club tour will be headlined by Cam’ron, with additional sets from The Underachievers, G-Herbo, Smoke DZA, Nyck Caution, MobSquad Nard and G-Jet, each of which has their own unique history of getting blazed. — CG

Warped Tour Pre-Party at The Bomb Factory (Free)
Pop-punk never dies, and if Vans Warped Tour isn’t a testament to that, then you can get right out of town, prep! When the genre was dominating malls across the globe, Warped Tour was considered the premier touring festival — a safe-haven, in a sense, for emo kids, scenesters and that one drunk guy who thinks its cool to mosh to down-tempo songs. In honor of the tour kicking off in Dallas this Friday, Bowling For Soup will headline a Warped Tour pre-party this Thursday with openers Teenage Bottlerocket and Blindwish. — Calvin Cashen

Decks in the Park at Klyde Warren Park
This family-friendly, monthly DJ night plans to incorporate a healthy mix of music from electronica to reggae. Pack a lunch, chillax on the lawn and just let the music do the talking. — CC

Decks in the Party After-Party at Foundation Room
Why stop partying? Keep the vibes going after the Decks in the Park with Jose G, Jonny ‘jonene’ Phelps, Nick Van House, Jeff Mitchell, The Feels and Nikolas James, who will be performing for your listening pleasure. Just know that you must RSVP for the event so get in there before all spots are taken. — Sidney Johnson

Jay Whitecotton at Hyena’s Fort Worth (Free)
It’s often said that comedians balance personal pain with their love for making others laugh, and Jay Whitecotton certainly falls into this category. Born to an abusive father and schizophrenic mother, Whitecotton has carved out a lane for himself of late in the comedy scene. This is a free show and a great place to go before the impatient hustle of Friday morning. — SJ

60th Birthday at Norma’s Cafe
Norma’s Cafe is turning 60 on June 23. Come and celebrate with a hearty helping of meatloaf, chicken-fried steak, classic mashed potatoes and their famous pies — for those nickel-and-dime prices of the ’50s your grandpa always reminisces about. — CC

Pity Sex at Dada
You know you’ve engaged in some pity sex at some point. Now, let’s throw in four more people to make it even more interesting. And with tickets at just $14, you can have enough cash left over to get that walk-of-shame Uber once the deed is done. — SJ

Summer Scotch Dinner at Stampede 66
Stampede 66 and The Dalmore Distillery host this $80-per-person dinner. There’s a reception beginning at 6:30 for a little pre-grub shoulder-rubbing before chowing down on a three-course meal. Raise your glasses to the good life, and don’t forget to raise that pinky finger. — SJ

Citizen Cope at House of Blues
The Memphis singer-songwriter does his intimate solo acoustic thing this time through town. — CG

Hombres G at Verizon Theatre
The Spanish pop rock band has been in the game since its debut in 1982. The band is considered one of Spain’s most popular pop groups of the late ’80s and early ’90s, whose sound is influenced by British new wave and the Beatles. — SJ

Joey Fatts at RBC
In the past couple years, Joey Fatts has gone from a street-hardened gangbanger living in his car to being one of the most talked about young rapper/producers going. Aside from featuring production from transplant Dallas producer Cardo, his Chipper Jones Vol. 3 EP finds the emcee coming to grips with his new lifestyle, blending rhymes full of vivid street imagery with a newer appreciation for the finer things. — CG

The Texas Gentlemen and Paul Cauthen at The Belmont
Those TX Gents will be performing at Oak Cliff’s most charming hotel with East Texas singer-songwrier Paul Cauthen and a whole slew of secret special guests. Want in on the secret? Google around some and brush up on who the Gentlemen are known to back. Then head out this way and prepare to have a very lit Instagram comment section under your pics from the night. — PF