Things To Do On Thursday, January 28. 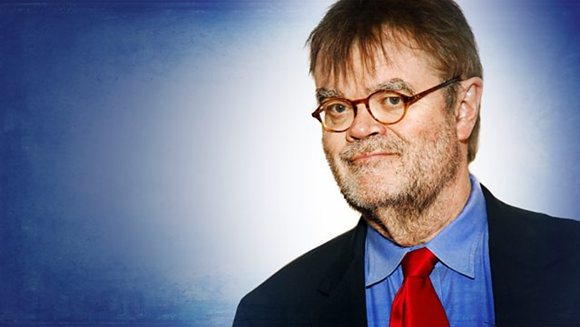 Make Yourself At Home.

Do you like your job? Whatever your gig is, I bet it is better than working at the British Board of Film Classification. Over there, you see, all films are required to be screened for the board prior to their release, not unlike our own MPAA. It can be a costly process for filmmakers, and on that side of the pond it's mandatory.

So, to exact a little revenge, one clever auteur filmed a movie that was nothing more than a nine-hour shot of paint drying on a wall, which the members of the board had to then sit through. And it still got better reviews than Harry Potter's farting boner corpse movie.

But here in the states we've got plenty better things to do than sitting around and watching paint dry. — Cory Graves

Lupe Fiasco at Gas Monkey Live
If the rumors are true that Mos Def wants to collaborate with Lupe Fiasco, Kanye, J. Cole and Kendrick Lamar on his final album, then 2016 is going to be a pretty rad year for hip-hop. So, start it off right by checking out Fiasco at Gas Monkey Live! He's been on a tear lately with an album and mixtape released last year, three albums on deck this year and one more in 2017, according to his Twitter announcements in December. The show will be packed with artists The Boy Illinois, Billy Blue, ZVERSE, TNED, TRU DEF, and BARNyartist. — Roberto Aguilar

Christopher “Kid” Reid at Hyena's (Plano)
Christopher Reid aka Kid from House Party will be telling jokes at Hyena's in Plano. The son of an Irish mother and a Jamaican mother which means, as he says in one of his routines, “we got high and drunk.” Reid grew up in the Bronx where he started his rap career in 1988, and then graced the movie screen in 1990 with that forever memorable flat top similar to the one Iman Shumpert is sporting these days. The first show on Thursday is free! Friday and Saturday he'll be performing two shows at 8:30 p.m. and 10:30. Tickets are $12 to $17, so it is to your advantage to head that way tonight. — RA

Judy Collins at Granada Theater
Folk rocker Judy Collins is well-known for her piercing blue eyes — eyes that inspired her former lover Stephen Stills to pen “Suite: Judy Blue Eyes” about their impending breakup for his folk rock outfit Crosby, Stills and Nash. And in her 75 years on this planet those eyes have seen some shit. She was around for the Woody Guthrie-led original folk revival of the '60s, has lived through Polio, tuberculosis and bulimia and six decades of political and social activism. Just don't fight with your parents at this one or Collins will totally call you out from the stage. — CG

Justin Timberlake Sing-Along at Alamo Drafthouse
You don't need to have your suit and tie for this dance party. It's hard to believe one of the guys from *NSYNC would go on to become one of the best pop artists in music today, but Justin Timberlake has been on fire ever since releasing FutureSex/LoveSounds in 2006. Ten years later, he's released two more excellent pop albums and kicked off a successful film career. Alamo is holding a sing-along dance party to celebrate some of the best of his discography. So don't hold the wall, just let the groove get in and rock your body right. — Paul Wedding

Hip-Hop Karaoke at Crown and Harp
There's few better ways to unwind than with Kkaraoke. Drunkenly singing some of the best-worst songs from your youth is the type of fun that is just as fun to watch as it is to perform. Watching non-rappers attempt to spit to famous hip-hop songs could be just the thing to cut loose at the end of a long week. — PW

An Evening With Garrison Keillor at Eisemann Center (Sold Out)
Garrison Keillor is the narrator of your parents' favorite radio show, A Prairie Home Companion. The 73-year-old voice of Guy Noir has been hosting the acclaimed show for more than 40 years, and is on tour to share various anecdotes of his personal life — PW

Black Tusk, Royal Thunder at Gas Monkey Bar N' Grill
Black Tusk is a Georgia sludge/stoner/thrash metal band that attempts to create an entirely new sound in metal. Choosing not to list any one band as an influence, the members of the band like to describe their music as “swamp metal,” in relation to their origins in Savannah, Georgia. Royal Thunder, also from the state of Georgia, is in the same vein of trying to create a unique sound with the influence of grunge, prog rock psychedelic rock. Expect a lot of noise, sweat, and probably blood. — PW

Dalton Domino at Magnolia Motor Lounge
William Clark Green has been hailed as Red Dirt's next big for so long that his critically hailed 2015 disc, Ringling Road actually has a song called “Next Big Thing.” As such, he's personally passed that “next big thing” torch onto, Lubbock-sprung southern rocker Dalton Domino. Can't argue there. — CG

Murder F.M. at Curtain Club
Dallas metal act Murder FM is definitely on the rise with a recent appearance of their song “We The Evil” on NBC's World Series of Fighting 26. They've also received acclaim from metal heads CJ Pierce of Drowning Pool and Tommy Lee. The band's hard work is paying off for sure, and it is ready to show off its stuff at the Curtain Club, along with a bunch of other hard-rocking locals in conjunction with KEGL's Sunday night local rock program Live and Local. Those would be Anxiety Kills and Just Another Monster. — RA