Things To Do On Thursday, January 21. 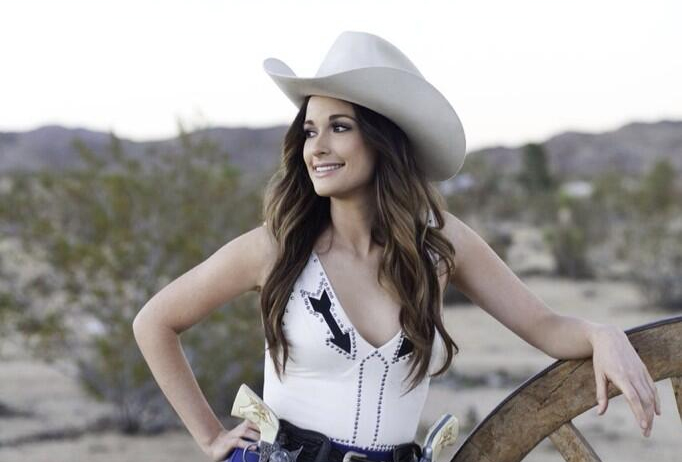 Keep It To Yourself.

Not long after David Bowie's passing, opportunist Kanye West announced that he was in the studio working on an album of Bowie covers. As you might imagine, this set off a huge firestorm of Internet shit talk. Rightly so, I guess.

There's even a petition to get him to stop, which, at the time of this writing, had already racked up over 17,000 signatures.

On the other hand, we're guessing nobody objects to us posting up tons of suggestions on how to spend your evening. — Cory Graves

Kacey Musgraves at Majestic Theatre
Kacey Musgraves is a country singer-songwriter known for her controversial lyrics in support of homosexuality equality, safe sex, and recreational marijuana use. Or as many non-country fans would consider these, common sense. Hey, it's earned her a couple Grammys, so it's definitely working. She was also on that American Idol knock-off Nashville Star, hosted by such country legends as Cowboy Troy and Miley Cyrus's dad. — Paul Wedding

Broken Gold at Three Links (Free)
Punk rockers rejoice. Three of Texas's best Punk bands, The American Fuse, Broken Gold and CODETALKERS are performing tonight at Three Links. And it's a free show, so if you've got nothing better to do, why not check it out? — PW

Inglorious Basterds at Alamo Drafthouse
Alamo continues its trend of Tarantino movie screenings with his sixth film, Inglourious Basterds. This was the first of his period-piece films and arguably his best. A film with an alternate history of World War II featuring a group of Jewish-American soldiers hellbent on a mission to scalp and murder as many Nazis as possible, leaving behind a trail of blood and gore that could only be the work of Tarantino. — PW

“Teen Dream” at CentralTrak
Ean Schuessler and Erik Schuessler of Brainfood will be giving a talk over their start in design as teenagers creating zines, comics and outlandish proganda at Booker T. Washington High School. As full-grown adults, the two brothers channeled those skills into Brainfood, a Dallas-based web marketing company, which has an impressive client list that includes big-hitters such as Frito-Lay, Taco Bell and Whirlpool. The talk is part of CentralTrak's exhibition, The Zine Society Library , that showcases small-scale magazine production of an artistic flair. — Roberto Aguilar

Elvis Costello Detour at Texas Theatre
We know this world is killing you, so take the opportunity to go see Elvis Costello's new concert film Detour. Part of the first wave of the British new wave movement in the '70s, Costello plays songs from his more than 40-year-long discography and shares personal anecdotes of his growing up in front of his hometown at Liverpool Philharmonic Hall. — PW

Flower at The Prophet Bar
Atlanta's self-proclaimed grunge trio, Flower, will be filling the Prophet Bar with its twinkling guitar riffs and angsty groans. This is the band's first time playing Dallas. It comes in advance of a new LP, Waste of Life, that was recorded in a friend's basement, and which earns its release February 5. It deals with family and friends who, as vocalist Jack Fowler says, “Can crush you with a shrug.” Pretty grunge, right? Sludge-psych rockers, Hawk vs. Dove, close the night out. Rat Rios and Mercury Rocket open. — RA

Colin Hay at Kessler Theater
Thanks in no small part his No. 1 fan Zach Braff and a few memorable guest spots on Scrubs, Men at Work vocalist Colin Hay has experienced a resurgence in popularity in the decades since educating the Western world about Vegemite sandwiches — so much so he's playing back-to-back nights at this venue. — CG

The Soft Moon at Dada
The Soft Moon is musician Luis Vasquez's solo project, which apparently plays whatever he feels like. The songs range different genres from Krautrock to electro-punk to darkwave. Despite advertisement saying otherwise, Granada is only presenting this event. He is performing at Dada. Why? We don't really know. VIDEO and Aztec Death open. — PW

Off the Top: Freestyle Rap Competition at Crown and Harp
Too Fresh Productions is putting on a freestyle rap competition with a cash prize. Basically, the crowd skips the cover, gets drunk, picks the topics for the performers to rap about and chooses their favorite. Rappers sweat bullets, pay $5 and spit fire for a stack. On Too Fresh's Facebook page they claim it's a straight up competition, but if people want to get all 8 Mile battle-style, it's up to them. Here's hoping for a few disses. Doors open at 9 p.m., sign up starts at 10, and the competition gets rolling at 11. — RA

Quizprov at Dallas Comedy House
Quizprov is a weekly game show mixed with improv comedy. Hosted by Glenn Smith, it features a rotating cast of contestants that answer questions both difficult and hilarious. Actual humor not guaranteed. — PW

City and Colour at House of Blues
If Dallas Green's post-hardcore outfit Alexisonfire was somehow too heavy for you, good news! He's done with that outfit! These days, the singer-songwriter is fronting his decidedly softer former side project, City and Colour, and touring the country once more. — Pete Freedman