Things To Do On Thursday, August 4. 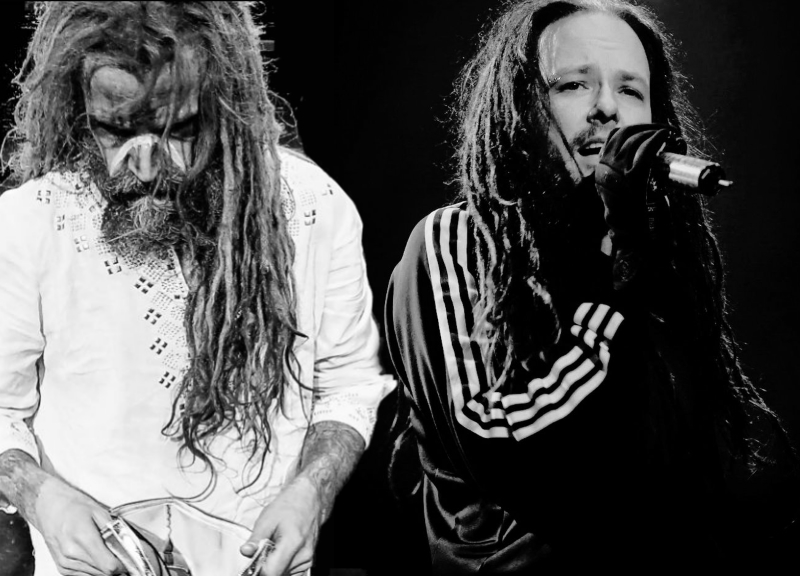 According to a study published earlier this week, millennials are “more than twice as likely to be sexually inactive” than the previous generation.

Oh, there’s a bunch of reasons why, the academic paper says, things like the fact that more women are feeling empowered enough to say no, refusing to consent to pressured sex. But many of the other reasons — being too busy, too focused on school/work, or not having the time to nurture an intimate relationship — largely all tie back to the fact that we’re all spending too much damn time on screens, be they computer or smartphone.

So, um, put all that shit down and not only will you have more leisure time to spend at places like the following, but you’ll probably get laid a whole lot more, too. — Cory Graves

Korn, Rob Zombie at Gexa Energy Pavilion
Whether or not, like Rolling Stone, you believe Korn’s 1994 self-titled debut was the most important metal record of the past 20 years, the point remains that the band did almost singlehandedly pioneer the nu-metal genre and spearhead much of the alt-metal scene of the ’90s. Anyway, ahead of this show with Rob Zombie, we caught up with Korn guitarist James “Munky” Shaffer to talk seven-string guitars, Rihanna covers and what he thinks about Rage Against the Machine bassist Brad Wilk’s apology for influencing Limp Bizkit. — CG

QuakeCon at Hilton Anatole
id Software’s annual gaming convention/celebration of that time they invented DOOM, Quake and Wolfenstein goes down the next four days. Expect panel discussions, tournaments and a BYO computer portion for the mother of all LAN parties. — CG

Case/Lang/Veirs at Winspear Opera House
k.d. lang sent an email to Neko Case and Laura Veirs one day about the prospect of a joint project. The end result was a collaborative album featuring the three musicians working together in perfect synthesis. Following the release of the album, case/lang/veirs, the three are setting out on an extensive tour, where they’ll serenade the Winspear with a spellbinding collection of smooth harmonies and rhythms. — Calvin Cashen

Chief Keef at Gas Monkey Live
Since breaking into the mainstream with his DIY-ethics and natural drive, Chief Keef has experienced ongoing run-ins with the law. Following his continuous legal problems, the Chicago-born rapper tweeted that he was retiring from the rap game. This announcement proved to be false hype as Keef is still touring and causing equal amounts of on-stage ruckus. — CC

Galactic at Granada Theater
Funneling an array of styles like funk and soul into a patchwork of musical fusion, Galactic has been exploring the endless musical spectrum since it formed in the early ’90s. Drawing inspiration from the sounds and sights of New Orleans, Galactic channel a deranged essence that can be seen and heard. — CC

Ninkasi Last Band Standin: Repel the Robot vs Duell at Dada
Last Band Standing is a collaboration between Untapped Festival, Spune andOregon’s Ninkasi Brewing Company, who have combined their efforts to bring a carefully curated concert series to Dallas’ most recognized venues. Throughout the summer, 12 bands will battle it out onstage for an all-expense payed trip to Portland to record at Ninkasi Studios. Battling out at the Dada stage this Thursday is Repel the Robot. — CC

Aziz Gibson at Trees
Europe’s rap scene is just as sharp and verocious, if not more, than North America’s selection of emcees. Enter Azizi Gibson, a 25-year-old German-born rapper hungry to make his mark on the world. — CC

Hip-Hop Karaoke at Crown and Harp
Always wanted to sing along to Master P’s “Make ‘Em Say Uhh!” but never been certain where in public you could pull off such a feat? Head on over to the Crown and Harp’s downstairs venue tonight for your chance to sing (or rap, as it were) to your heart’s desires. — Erika Lambreton

Chuck Inglish at The Prophet Bar
Better known as one half of the hip-hop duo The Cool Kids, and your stylist’s favorite artist, Chuck Inglish will entertain with a flow reminiscent of ’90s southern-fried hip-hop. — CC

Miss Gay USofA at Round Up Saloon
Join these fabulous queens as they strut their stuff down the runway for a chance to be crowned the next “Miss Gay USOFA.” The four-day event winds down tonight. — Sidney Johnson

The Wrong Party at Dallas Comedy House
Four comedians take the spotlight to explain how they are often the light that keeps the party burning through the night, also how they don’t always believe they are or should be. They are true misfits, but at least they like it enough to joke about it. — SJ

Industrial Musicals! at Texas Theatre
Experience the industrial period of the ’50s and ’60s and how the salesmen of that period got people just like you to give them money. Typewriters, bathtubs and insurance salesmen should get a kick out of how the OGs did it back in their day. — SJ