Things To Do On Thursday, April 21. 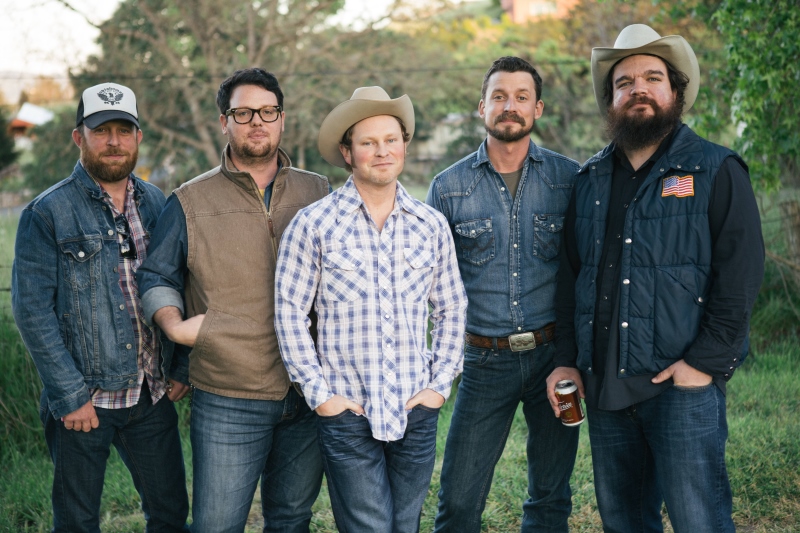 Yesterday, the U.S. Treasury announced Harriet Tubman will be replacing Andrew Jackson on the front of the $20 bill. Way cool. About time we got some ladies on our currency.

But here’s the thing, it won’t even happen until 2020 — to celebrate the 100th anniversary of women’s suffrage.

Crazy it takes four-plus years of planning to put a new face on a money. I mean, we can barely keep track of what’s going on a few days from now. Tonight, though? We got that on lock. Here’s everything you need to know. — Cory Graves

Bobby Lee at Hyena’s (Plano)
You might not recognize Bobby Lee just from his name, but once you see his face you will immediately chuckle. That’s because he was one of the funniest people on MADtv. His stand up is incredibly crass and full of self-deprecating jokes. “I have the body of Mr. Miyagi!” Lee says as he pulls up his shirt and rubs his round belly. — Roberto Aguilar

Turnpike Troubadours at The Rustic
Finally, some virtuosic Red Dirt musicians that aren’t all in-your-face about it — or the fact that they wear pearl snaps, drink beer and frequently operate farm equipment. Needless to say, their songs are better for it. The band’s latest album topped Billboard‘s country chart, which makes it the best pick to headline this Off the Rails festival pre-party. For the next two days, that festival will bring some of the genre’s biggest names (see: Blake Shelton) to town, though these guys might be better than any of those, tbh. Mike & the Moonpies open. — CG

Curren$y at Trees
“New Orleans’ hardest working stoner” is back in town after playing only a few months ago. He’s got an impressive work-rate for his title, having released 12 albums 2 EPs, and numerous mixtapes since he first broke out in 2004. If anything, it’s also worth checking out to see local group The Outfit, TX, who are sort of leading a rap renaissance in Dallas right now. — Paul Wedding

85th Anniversary at Texas Theatre
Nineteen thirty-one was the year your beloved Texas Theatre opened its doors. Eighty-five years later, and the theatre is showcasing the exact same movie program with which they opened: “a 16mm movietone news reel, a 16mm Mickey Mouse cartoon, announcements, and the feature Parlor, Bedroom & Bath on 35mm, featuring Buster Keaton” (From Texas Theatre’s website.) The theatre has even dropped the price of admission to its original level of $0.35, and are giving away replicas of the original program to the first 100 patrons. — RA

The Mystery of the Texas Theatre Safe
There’s been a pretty big fascination with safes lately after there was a safe cracking put up on Reddit a few years ago. Most of the time, it’s disappointing, though. As part of its 85th anniversary celebration, the Texas Theatre will be cracking the safe in its basement tonight to discover its contents, and it’ll be live-streamed as well if you can’t make it in person. Why is there a safe in the Texas Theatre that nobody knows the combination to? Who knows, but it’s exciting. — PW

Joe Buck Yourself at Three Links
Buck rose to fame as the guitarist for punkabilly outift Th’ Legendary Shack Shakers and later the upright bassist and sideman to several of Hank III’s projects, including the hardcore hellbilly band Assjack. These days he focuses the bulk of his “bona fide evil motherfucking, one man band” Joe Buck Yourself. The Cattlemen open. — CG

Grace Potter at House of Blues
Grace Potter is a blues rock singer, songwriter and multi-instrumentalist with a singing style akin to Janis Joplin. Her powerful, dynamic voice invigorates the instruments behind it, giving the overall sound a kick ass energy. — PW

TITAS Presents: Kidd Pivot in Dallas at Dallas City Performance Hall
Kidd Pivot is a Canadian dance troupe performing its new show, Betroffenheit. It’s a dance-theater hybrid following a crisis management team in the wake of a disaster. So it’s like a play, but with really exaggerated, albeit impressive, choreographed movement. — PW

Albatross at Gas Monkey Bar N’ Grill
Did you know there was a Nepali rock scene? Well, now you do. At least there’s one. Albatross is a rock band from Nepal, making relatable, contemporary music to discuss current issues in Nepal. In Dallas. — PW

B.A.P. at Verizon Theatre
B.A.P. is a Korean boy band whose name is a grammatically disgusting acronym for Best Absolute Perfect, in case you didn’t know they were good. If you’ve ever heard any K-Pop before, you kind of know what to expect. It’s heavily Americanized pop music combined with the weirdness of Asian culture. It’s pretty incredible and actually has a big following here in town. To wit, Verizion is usually one of only a handful of places these bands stop when touring the U.S. — PW

Made Violent at RBC
RBC is putting on a solid night of indie/local rock music, with Buffalo rock band Made Violent headlining, as well as popular local band Sealion, Teenage Sexx and Thyroids, whose music sounds like it was recorded by someone talking on a phone in the background. — PW

Dallas Mavericks vs Oklahoma City Thunder at American Airlines Center
After one of the greatest wins in the team’s playoff history in game two of this series, the seemingly over-matched Mavericks are showing a little life. It’ll be interesting to see how they follow that one up, and whether they can actually make a series out of this thing. — CG