Things To Do In Dallas On Wednesday, March 21. 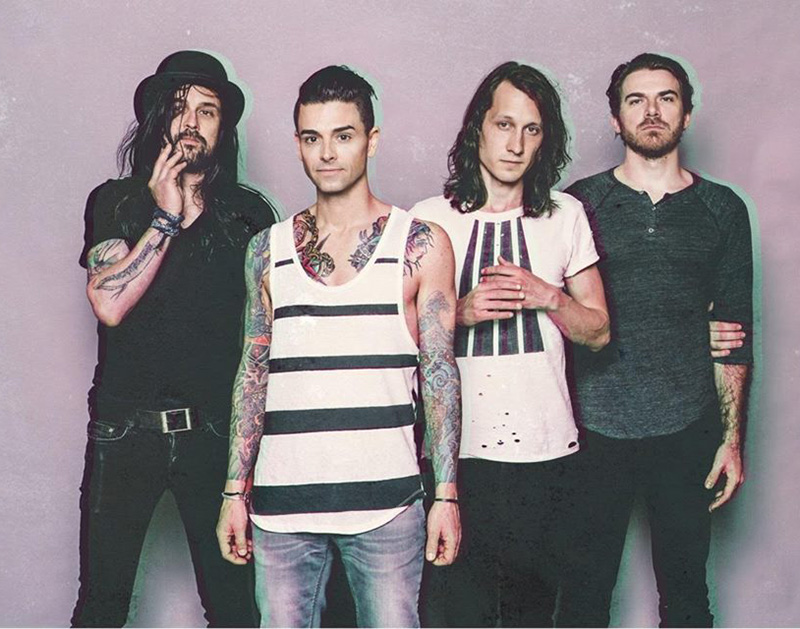 Remember To Breathe With Dashboard Confessional At House Of Blues, Hear The Black Panther Soundtrack Chopped And Screwed At Independent Bar & Kitchen And Be Golden With Romeo Santos At American Airlines Center.

It’s the middle of the week and you might think that you made a few mistakes at work. And you probably did.

But anything you did is probably not as dumb as what 19-year-old Derrick Faria of Evansville, Indiana did a few days ago. Faria robbed a bank last week, but it’s how he got to the bank that’s a real headscratcher. He took a taxi to and from the bank and paid his cab driver with cash he stole.

Police were of course able to identify and arrest Faria less than an hour after the bank robbery. Police also found drug paraphernalia, so they tacked on that charge as well.

So yeah, no matter what you did, it’s probably not as dumb as that (maybe). And if it was, then you really need to blow off some steam tonight. Fortunately for you, there’s a whole bunch of great stuff to do in town tonight, as you can see from the list below. — Obed Manuel

Dashboard Confessional at House of Blues
“Hands Down” this will be a fantastic show for anyone who sang their hearts out throughout high school to the emo-pioneering tunes of Dashboard Confessional. Also, in case you didn’t know, Swiss Army Romance isn’t available to stream anywhere, so you might as well just head out to the live show. Beach Slang opens. — OM

Black Taffy [Only Screws & Cassettes] at Independent Bar & Kitchen
If you’re wondering Wakanda show IBK has in store for you tonight, think the Black Panther soundtrack but chopped and screwed. Black Taffy is kicking of this new monthly series by doing just that with the hit Marvel movie’s soundtrack. The music starts at 9 p.m. — Kita R. Moon

Romeo Santos at American Airlines Center
The former Avenura frontman has been been riding solo for almost a full decade now — and he’s better off for it. Since 2011, he’s collaborated with the likes of Drake, Usher, Daddy Yankee and Enrique Iglesias and had nine songs that have charted on Billboard’s Hot 100 list. Tonight he stops in town while on the Golden Tour 2018 with opening act Victoria La Mala. — OM

Triathlon at Three Links
The New York-based R&B/soul is in town fresh off the release of Online last month. The album is a collection of songs that musically detail the band’s experience with making the leap from Savannah, Georgia to the Big Apple. L. Martin and Inner Wave open. — OM

Tommy Stinson’s Cowboys in the Campfire at Good Records
Tommy Stinson, former bassist for The Replacements, and his good buddy Chip Roberts are stopping by with a couple of guitars to play some original tunes and just have a good time. And maybe to drink a beer or two. — OM