Things To Do in Dallas This Weekend. 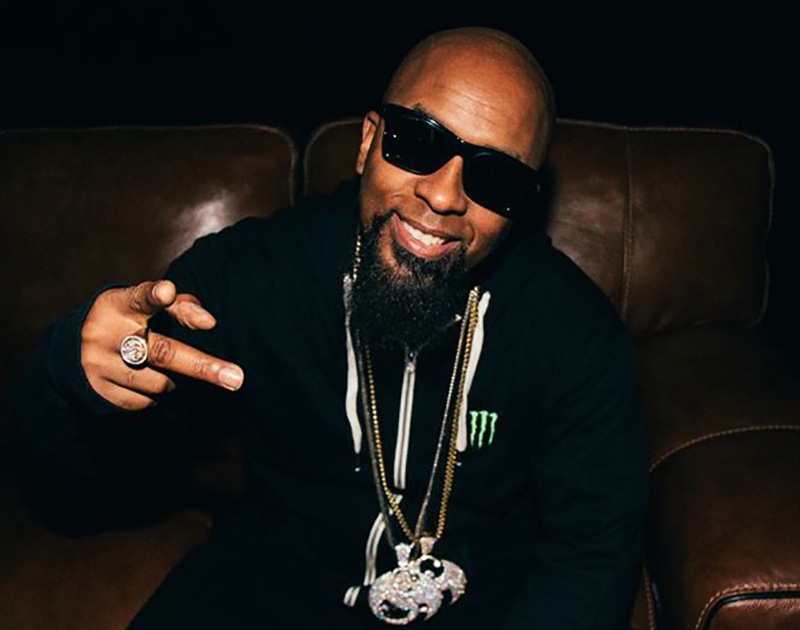 Watch The Hood Go Crazy With Tech N9ne At House Of Blues, Cuentale Tu Vida A Caifanes At The Bomb Factory And Celebrate At The Elm Street Tattoo & Music Festival.

Everyday science is getting closer to possibilities that were once just works of science fiction.

Italian scientist Sergio Canavero and Chinese surgeon Xiaoping Ren are working on transplanting a human head. So far all of the trial runs have been performed on mice, rats and dogs — and a few of the subjects have not only survived the procedure but have also regained some motor functions.

Canavero announced he was taking his head transplant procedure to human trials back in 2015 at a TED Talk. He even had a volunteer who had been suffering from Werdnig-Hoffman, which is a disease that affects the nerve cells of the spinal chord making voluntary movement impossible in some cases. However, in 2017 the volunteer resigned, and Canavero and Ren were left looking for other volunteers like mad scientists.

Through stem cell research the attaching of a spinal chord is looking like it will be possible in the next decade, but that is just one of the hang ups on the procedure. One is the biggest problems currently is that polyethylene glycol, which is used to attach the head to the body, is toxic to humans. Give it like twenty years then maybe Mary Shelly’s Frankenstein will be just science instead of science fiction.

You don’t have to worry about losing your head while trying to plan your weekend, though, because we’ve listed all the coolest things for you to do in DFW this weekend. — Jacob Besser

Caifanes at The Bomb Factory
Latin rock staple Caifanes achieved its fame in the early ‘90s with a stream of internationally successful albums. Of course, when the band broke up in 1995, right when it was most popular, the future looked bleak. Fast forward to 2010, and its members were able to reconcile. Now the band is back, ready to please its legion of fans around the world. — JB

An Evening With Drop Top Rockets at Double Wide
Dallas rockabilly band Drop Top Rockets, play a mix of 50’s rock along with some contemporary elements, mixing the sounds to create something fresh and new. — JB

Wonky Warriors at DEAC
Get ready for a night of hard bass and heart pumping beats. DJs Jantsen and DMVU will tear it up at the Art Company along with local DJs Titan and Pass the 40. — JB

Company of Thieves at Cambridge Room
Company of Thieves is an indie band built around the vocal talent of Genevieve Schatz and the guitar style of Marc Walloch. The indie mainstays are back after seven years with a new EP and new singles. Your ears will be feeling real good after this one. — JB

Tech N9NE at House of Blues
Tech N9ne made in big in the early 2000s and quickly became one of the most iconic names of the Bling Era. And now he’s back in Dallas to perform with Krizz Kaliko, Just Juice, Joey Cool and King Iso. — JB

Savor Dallas 2018 at Fashion Industry Gallery
Head down to the Fashion Industry Gallery for a night of celebrating the creative world of getting rich-person drunk. Mixologists from all over Dallas will be mixing drinks at Savor
Dallas’ 2018 cocktail party, so you’ll get a chance to see what Dallas’ best barkeeps have to offer. — JB

Caleon Fox at RBC
Bay Area rapper Caleon Fox has been blowing up on SoundCloud since 2016, and tonight he’ll be spitting the bars that have made him so internet famous in person. — JB

ATB at Stereo Live Dallas
Calling all electronic music fans!
If there was ever time to utilize that neon body paint you bought and never used, it’s now when German DJ ATB will be at Stereo Live playing some of his biggest club hits and bangers. — JB

Late Nights at the Dallas Museum of Art
What’s the worst part of the DMA? There just never seems to be a time in your schedule to go! Well here is your chance to see the museum and the Dallas String Quartet. The event runs from 10 p.m.-12 a.m. — JB

Cask Night 3.0 at Peticolas Brewing
Cask night is back and bigger than ever, featuring four casks along with a keg of the base of beer. There’ll be tons of different varieties and flavors to try. The point here is that if you like beer, you’ll like this. — JB

E.T. at Dallas Farmers Market
Part of Dallas Inc.’s Discover Downtown Dallas is Movies at the Market. This week’s free moving screening is Steven Spielberg’s classic 1982 film E.T the Extra Terrestrial. Share one of the best family movies ever made with your kids or friends at the Farmers Market downtown. — JB

Reza at Don’t Tell Supper Club
Reza the Master Illusionist will be at the Don’t Tell Supper Club for a night of magic. Since appearing on the T.V show Penn and Teller: Fool Us, he has been praised as the “world’s top illusionist.” It’s magic, but it’s not the lame ball and cup trick your dad used to do. — JB

ESL Pro League Finals 2018 at Verizon Theatre
All weekend long, the best Counter Strike: Global Offensive teams in the world will duke it out. They’ll all be vying for the $1 million cash prize. Best of luck to those participating! — OM

Legacy Hall Grand Opening
The vision of Legacy Hall is finally complete with the official opening of the Garden Box. The four-day celebration will feature performances from a number of Dallas talents. Sarah Jaffe and TOMKAT perform tonight. — JB

Craig Owens at Prophet Bar
Best known for his work with Chiodos, Craig Owens now operates under his own solo career. The former emo frontman will be the Prophet Bar along with Fifty Grand, Eastghost, Brady Amour, and Shaolin G. — JB

Mad Mexicans 15-Year Anniversary at Curtain Club
The name may be somewhat aggressive, but in case any gringos might be too afraid to show up, rest easy. This local band is has been all about exposing crowds to Mexican culture and folklore through its blend of hip hop, jazz and rock and roll for the past 15 years. Garden of Thorns and Neptune Locals also perform. Dark Avenue and Dirty Wormz open. — OM

Intro To Urban Bicycling at North Oak Cliff Library
Dallas has its fair share of crazy drivers, so if you are a bike rider, you gotta know the rules and how to get around in the safest way possible. Luckily for you, this Intro To Urban Cycling Course at the North Oak Cliff Library, is a golden opportunity for you gain the knowledge and skills to get around the city the best way possible. — JB

Giant 35mm at Texas Theatre
The Texas Theatre will screen this 1956b James Dean and Elizabeth Taylor classic about a love triangle that modern day movies only hope to mimic. — OM

Dallas Pet Expo at Dallas Market Hall
Put your best friend in the world in the car and come down to Dallas Market Hall where you dog can receive a spa day, meet local groomers and trainers and sample some of the best dog and cat treats around Dallas. You may not enjoy them, but your pet sure will enjoy all the treats. — JB

Def Leggend at Granada Theater
“When Love and Hate Collide,” you get Def Leggend, Dallas’ own Def Leppard cover band. Buy a fresh can of hairspray and get ready to experience “Hysteria” with Def Leggend. — JB

Truckfest at Dallas Market Center
If you like big trucks, little truck, red trucks, blue trucks then your should check out Truckfest at the Dallas Market Center. Discuss how high is too high to raise a truck, how to annoy other driver with the width and volume of your vehicle, how to clog up drive through lines with your massive truck and everything else about trucks. — JB

Grand Tasting at Centennial Hall at Fair Park
This event’s menu features offerings from more than 50 notable restaurants and chefs from the Dallas area, over 100 wineries and a lot of amazing food. Celebrate the great food that makes us proud to be from Dallas with Savor for their 14th Grand Tasting. — JB

Season Opener at Studio 811
Live music, food and drinks, a new art installation by Elias the Creative, a pop-up resale shop and much more. The fun starts at 7 p.m. — JB

CosplayCon at Southern Junction Live
CosplayCon: Episode I is here. Dress up as one of your favorite characters from your favorite show, video game, or movie and hang out with people who are also into playing expensive, intricate, adult dress up. — JB

Legacy Hall Grand Opening
The vision of Legacy Hall is finally complete with the official opening of the Garden Box. The four-day celebration will feature performances from a number of Dallas talents. Sleepy Zuhoski, Madison King, Vandoliers and Kirk Thurmond & The Millennials perform tonight. — JB

The Showcase Tour at Prophet Bar
This traveling talent showcase sees numerous artists perform and, at the end of the night, the live crowd and the audience streaming online votes for the artist that performed the best. Think of it like a mini American Idol, but with a DIY attitude. — OM

Dawn of Decadence at Prophet Bar
Dallas’ own Dawn of Decadence has been doing its thing for a while now, putting on truly metal shows. As the quartet continues its grind in the local music, it’ll be joined tonight by old school metal-inspired act Ryatt and Bag O’ Bones and Fantazzmo. — JB

David Crosby & Friends at Granada Theater
Even though the it may seem that a Crosby, Stills, Nash and Young reunion may seem like the most unlikely thing ever, music icon David Crosby said earlier this year that a reunion could be possible because of how much they all dislike Donald Trump. While that reunion won’t go down tonight, you can still catch the legendary Crosby doing his thing at the Granada. — OM

FRENSHIP at Cambridge Room
Electro-pop duo Frenship have been tearing up the charts with hit after hit. Now the Los Angeles-based act stops in Dallas while on its Good Morning, Goodbye Tour. Indie pop artist Yolk Lore opens. — JB

Giant 35mm With Book Signing at Texas Theatre
Sunday night’s screening of the 1956 classic will feature Don Graham, author of the book that tells the story of how the epic film came to be and its legacy. Graham will be signing copies of his book at the theatre. — OM

Festival de Mayo 2018 at Fair Park
If you missed your chance to celebrate Cinco De Mayo then you have a second chance! May 20 is just as good as the May 5 for a fun day at Fair Park. Musical performances include Virlan Garcia, Norteño 4.5, Banda Rancho Viejo, Los Rieleros del Norte, Conjunto Primavera and Los Angeles Azules. — JB

The Jauntee at DEAC
Multi-instrumentalists outfit The Jauntee will perform a bluegrass set at 5 p.m. and then follow it up with an eclectic set at 7 p.m.– JB

Downward Dog Yoga at Mutts
Do you love your dog? Of course you do. Do you love yoga? If yes, then you and your dog should head to Mutts on Sunday for dog yoga in the park. Learn the Downward Dog from someone who is a born natural. — JB