Things To Do In Dallas This Week: October 8 – October 11. 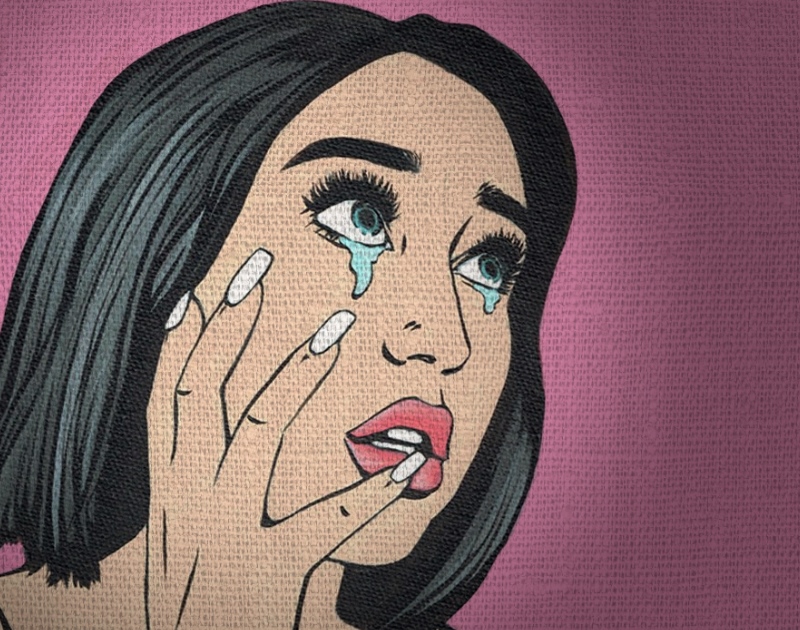 Live or Die With Miley Cyrus’ Little Sis, Take it to the River With Bishop Briggs, Pop Some Corn at Horror Movies Galore and More.

Hope this doesn’t catch you off guard, but you’ve probably eaten foods flavored with secretions from a beaver’s anus. Lots of it, in fact.

Apparently, it’s often listed as a “natural ingredient” on product labels, and typically found in alcoholic beverages, frozen dairy products, gum, sweet treats, meat, pudding and other foods, especially ones that are vanilla or raspberry flavored.

It’s not fun getting blindsided, is it? So don’t let these next few days sneak up on you. Here’s a list of what all you can expect to go down. No beavers were harmed in the making of this list.

Jungle, Rhye at House of Blues
For the first few years of their existence, the members of modern soul outfit Jungle kept their names and identities under wraps on the way to becoming one of the most popular new bands in England. More recently, the British press has been referring to the band by their god-given names. And you will be able to see their faces while they’re performing this time. NBD.

The Hardline’s Dancing With the Stars Watch Party at Legacy Hall
The hosts of 1310 The Ticket’s afternoon drive show will broadcast remotely from the Plano food hall. Then, alongside their secret weapon, Tony the Engineer, whose mind has a Rain Man-like ability to recall facts from every season of DWTS, will watch an episode of show’s Season 27 with you. What’s more, a live dance instructor will be on site to teach you the moves you see on the big screen.

Monday Night Football Watch Party at Twilite Lounge (Both Locations)
Both D and FW’s local New Orleans Saints bars will gather round to yell “Who Dat?!” at the screens for this Monday night matchup against the Redskins. Wait, that’s still what Washington is calling themselves!? GTFO!

The Standard Pour’s Bar Brawl — Kick’n Glass and Shaking Names
The McKinney Avenue bar is rolling on with its bracket-style competition to determine Dallas’ best cocktail shaker. Jorge Herrera (Up On Knox) and Daniel Zapata (La Vida Negra) duke it out for the honor here. Discount and complimentary drinks are yours for the taking.

Johnny Marr at Granada Theater
The Smiths will probably never get back together, but at least you can count on the band’s old guitar player, the ever-influential Marr, to always show up when he books a gig. – CG

Henry Rollins Travel Slide Show at Kessler Theater
On another of his infamous spoken word tours, the old hardcore singer will be showing slides from his various travels and telling the stories behind his favorite snaps.

Arctic Monkeys, Mini Mansions at South Side Ballroom
The pairing of Brit indie rockers Arctic Monkeys and tonight’s openers, the more subdued Mini Mansions, may appear an odd one on paper. The match actually makes a lot of sense, though, as the Monkeys’ 2013 AM LP was produced by Queens of the Stone Age leader Josh Homme, and Mini Mansions’ drummer, Michael Shuman, plays bass alongside Homme in that band. Then there’s the fact that things came full circle when Arctic Monkeys’ Alex Turner appear on Mini Mansions’ latest full-length.

Mayday Parade at House of Blues
Following a swing through as part of this year’s last-ever Warped Tour, the Florida pop-punkers are back for a headlining set all their own. Local outfit Oh, Weatherly, whose latest album was produced by Mayday Parade’s Jake Bundrick, is one of the openers.

Intro to Urban Bicycling at Dallas Public Library
Step one of biking in Dallas is to watch out for electric scooters whizzing by. For step two, you’ll have to hit up this free seminar.

Wait Until Dark at The Magnolia
Get into the Halloween spirit with Audrey Hepburn and Alan Arkin’s classic 1967 chiller — one which earned the former an Academy Award nom.

Mt. Joy at House of Blues
Mt. Joy’s Matt Quinn dropped of lawsuit to pursue his rockstar dreams. It’s paid off, as their “Silver Lining” hit No. 1, and the outfit performed on Conan earlier this year.

Pile at Dan’s Silverleaf
The Boston post-punks get to perform their song “Texas” in Texas again.

Noah Cyrus at Granada Theater
Miley’s little sister looks and sounds fairly similar to her more successful sibling. The 18-year-old is following in her sister’s drama-filled teen years footsteps, much of which revolves her relationship with face-tatted twerp Lil Xan.

Shadow of a Doubt at Angelika Film Center
Hitchcocktober continues with another classic thriller from the master of suspense.

RiffaMania at Main At South Side
A live comedy combat show featuring costumed characters “from another dimension.” We’re not sure what any of that means, either, but it sure sounds wacky!

Brockhampton at South Side Ballroom
The 13-piece hip-hop boyband is one of the year’s biggest breakout acts. The members, which all met on internet message boards, just scored their first No. 1 album with major label debut Iridescence.

Bishop Briggs at House of Blues
After last summer’s Coachella set and a string of sold-out North American dates that followed, the British-born electro-popper was widely hailed by fans and critics alike as the next big thing. Now, with a fabulous debut LP under her belt, we’d say she’s arrived. She’s officially a big thing now.

Josh Abbott Band at The Rustic
The country boys have been huge in Texas for a decade, selling out Billy Bob’s on consecutive nights on a past swing through town. The Rustic holds way less people than that, meaning tickets are a hot commodity, and that $40 ticket price is justified.

Reignwolf at Cambridge Room
The Seattle-by-way-of-Saskatoon guitar virtuoso Jordan Cook has been called things like “the greatest guitarist player no one’s heard of,” a “mega-star,” a “howling shredder,” and a “one-man rock show” by various music rags from around the country. While that sounds like a lot to live up to, the mastermind behind the three-piece rock outfit Reignwolf once toured as the Pixies’ opener with only one officially released track to his name.

Bob Log III at Three Links
Sit on his knee and put your boob in his Scotch, as the one-man blues band plays his distorted slide guitar, his identity safely hidden behind his silver space suit.

Inner Moonlight at The Wild Detectives
The shop’s recurring poetry series returns with Nadia Wolnisty and Paul Koniecki, reading from their new book You Gotta Let It Go Before It Takes You Over, followed by a brief open mic.

Beethoven’s Piano Concerto No. 3 at Meyerson Symphony Center
Borrowing heavy influences from Mozart’s 24th Piano Concerto, Beethoven crafted one of the most soulful works of his career — the second movement especially. The DSO plays it the next three nights as well.

Edie Brickell & New Bohemians at Granada Theater
After a 12-year gap, the New Bos recently premiered a song from their new album over at Billboard. The album was born from the rehearsals for a reunion/benefit show last year for non-profit Dallas art school La Rondalla. “We don’t really rehearse because we improvise so much,” guitarist Kenny Withrow told the mag. ”[But those rehearsals yielded] a little group of songs, and there was something about them that told us to go into the studio and record them. There was just something there. It was very emotional for us, right from the beginning.” Celebrate the hometown release here before the band hits the road for a national tour.

Lauren Daigle at The Theatre at Grand Prairie
The Grammy-winning Christian rocker comes to save our souls.

Garbage at House of Blues
After producing Nirvana’s Nevermind, post-grunge drummer Butch Vig leveraged his newfound notoriety to steal Angelfish vocalist Shirley Manson for his own new project. The rest, as they say, is history, and Garbage is still leaning heavy on hits like “Only Happy When it Rains” two decades later.

French Room Salon Series
Bruce and Julie Webb — owners of the Webb Gallery in Waxahachie — host the first edition of The Adolphus’ new monthly salon series, an evening of conversation modled after the same 17th and 18th century French salons this bar takes its name from.

Rock Rubber 45s After-Party at Vetted Well
You may not can go to the party (a private screening of his new doc) but you are invited to the DJ Bobbito Garcia’s after-party upstairs at the bar. DJ High-C and Luke Scardello will be there, too, with swag.